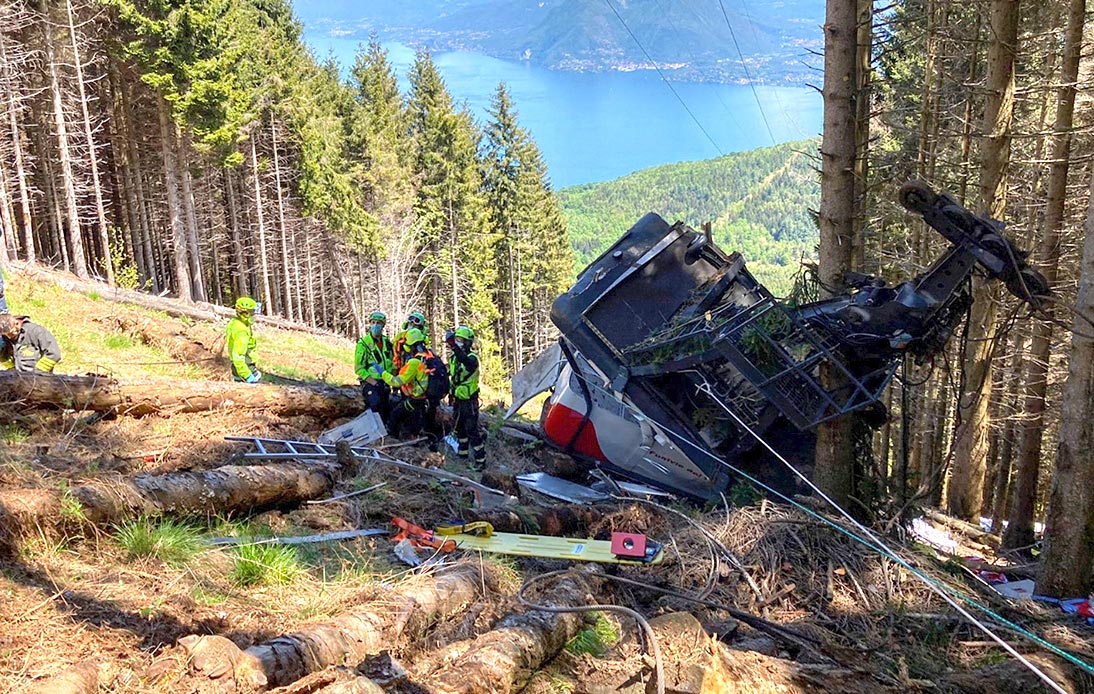 At least fourteen people, including a child, died after a cable car fell on a mountain near Lake Maggiore in northern Italy on Sunday. Another child was seriously injured, authorities said.

Reports indicated that the accident occurred on a service carrying passengers from the resort town of Stresa to the Mottarone Mountain in the Piedmont region.

The hospital stated the five-year-old was conscious but had to undergo surgery for multiple fractures. Major Severino said the cabin fell about 20 meters to the ground and rolled down the slope several times before being stopped by trees.

The cause of the incident, which happened around 12:30 local time (10:30 GMT) on Sunday, remains unclear.

However, local reports suggested that the cable carrying the vehicle might have failed around 300 meters from the top of the mountain. Footage from the scene shows the cabin wreckage lying in a steep wooded area.

Major Severino also added that nearby hikers heard a loud hiss before the incident occurred.

Firefighters and police responded quickly to the accident, but rescuers faced some issues as the crash site was on steep and difficult terrain. Walter Milan, an alpine rescue spokesman, told the media that the cable car was “crumpled” after falling from a great height.

According to Stresa’s Major, rescue personnel found victims both inside and outside the wreckage.

Italian Prime Minister Mario Draghi described the cable car crash as a “tragic accident” and said he had been receiving updates from local and national officials. In a statement, he added: “I express the condolences of the whole Government to the families of the victims, with a special thought for the seriously injured children and their families.”

Infrastructure Minister Enrico Giovannini later said that he had ordered an investigation into the incident.

Furthermore, the EU Council President Charles Michel posted a message on Twitter offering his condolences to the loved ones of the accident victims. “Europe is in mourning with you,” he added.