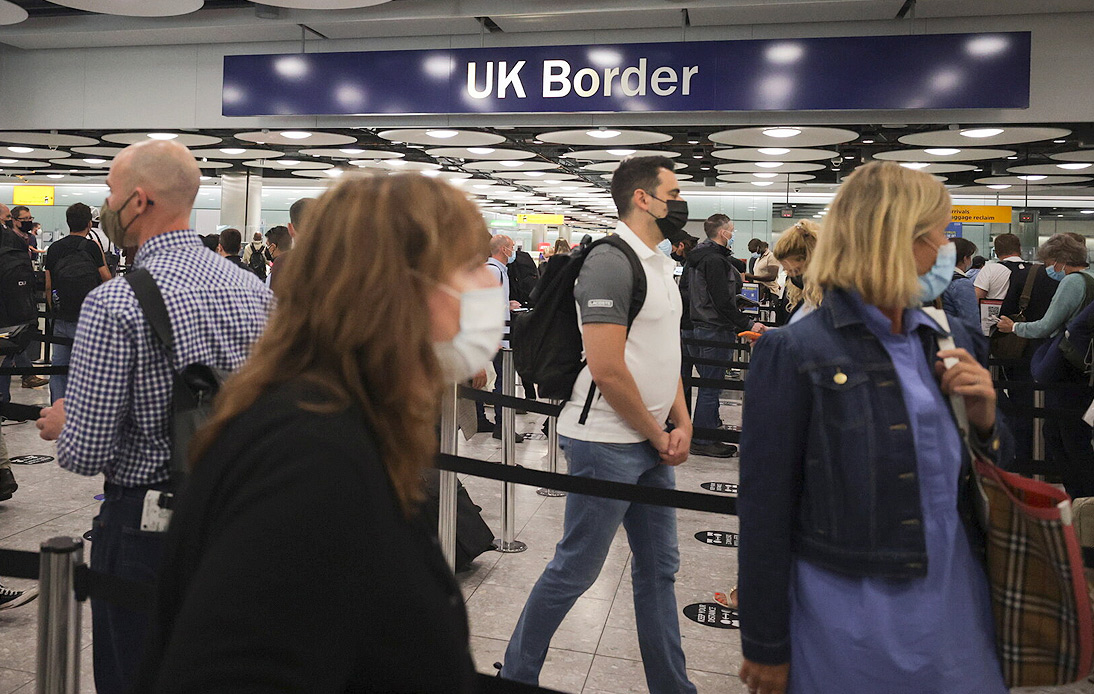 British expatriates who have received two doses of a Covid-19 vaccine will be allowed to enter the UK and visit relatives without spending days in quarantine, local media said.

According to The Telegraph, the UK government would formally recognize jabs administered in other countries from 1 August.

The move would allow Brits living abroad to travel to the UK and avoid a 10-day quarantine stay when returning from an amber list country if they have been fully vaccinated.

Meanwhile, officials have reportedly considered plans to allow double-jabbed foreign nationals to arrive in the UK without being forced to self-isolate.

The UK government expects to reach reciprocal agreements with dozens of countries to recognize their vaccines. Currently, UK authorities only recognize jabs administer by their vaccine rollout.

The binational agreements raise hopes for the return of more straightforward travel to and from various tourist and holiday destinations, including the United States.

The United Kingdom and the United States continue talks to create a travel corridor between both regions.

Since the British government only recognizes shots administered by the National Health Service (NHS) regarding international travel regulations, British expatriates residing in amber list nations have faced lengthy quarantines even after being fully inoculated.

However, ministers reportedly plan to adjust the rules to enable Brits to register a foreign vaccine with their GP.

If approved, it would pave the way for double-jabbed people to enter the UK without meeting strict requirements.

The government would continue to seek reciprocal agreements with other countries to open quarantine-free travel soon, UK media said.

Such deals are expected to involve countries that agree to recognize NHS vaccines apps and build on a mutual recognition of the Covid-19 jabs each nation uses.

Therefore, UK authorities will likely look for agreements with nations that use jabs already licensed for use in the country.

However, the plan could hamper a reciprocal agreement between the UK and the US, as the UK workhorse vaccine manufactured by AstraZeneca has not been approved in the North-American country.

Under current amber list travel rules, Brits who are fully vaccinated under the UK vaccination program are not required to self-isolate when they return.

But people who have not been fully vaccinated in the UK should be quarantined for ten days.

If the government formally recognizes foreign jabs, hundreds of thousands of British ex-pats living abroad, mainly in EU countries, could return to the UK.