Joe Biden and Boris Johnson Met Ahead of G7 Summit 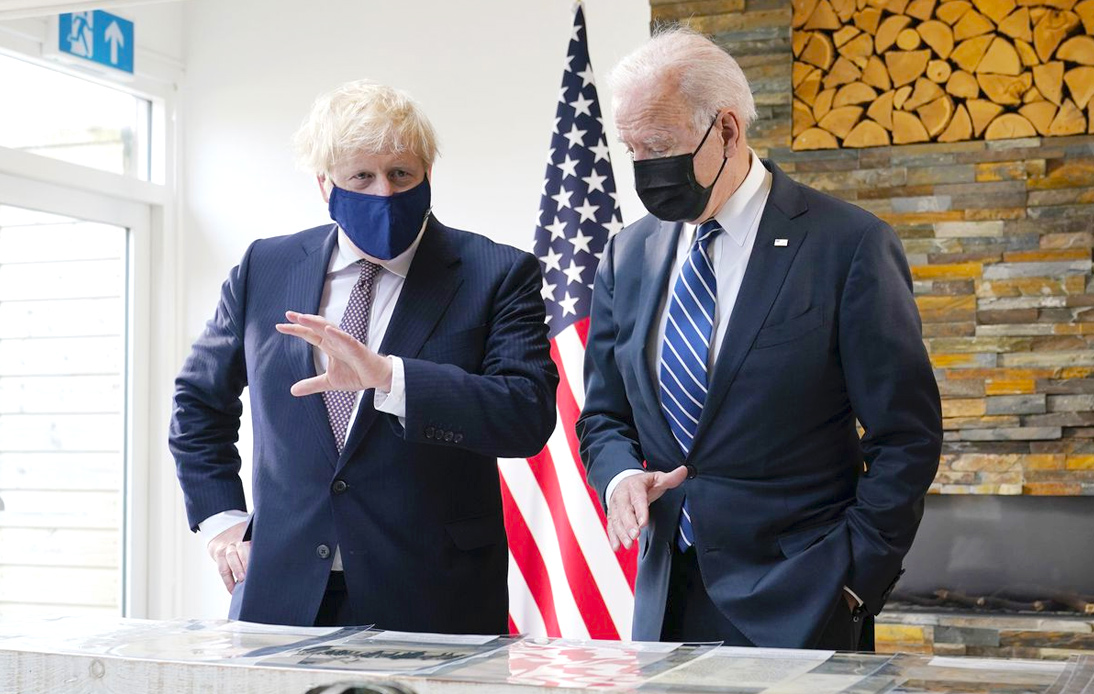 Joe Biden and his wife Jill met UK Prime Minister Boris Johnson and his wife Carrie Thursday on his first trip out of the country as President of the United States.

Carrie Johnson was seen talking to Dr. Jill Biden as she walked with her son, Wilfred Johnson, down the beach in their grand entrance on the world stage.

The women subsequently joined their husbands for a meeting in Cornwall’s Carbis Bay ahead of the G7 summit.

It was the first face-to-face meeting between Biden and Johnson, who downplayed their differences and emphasized the “special relationship” between their countries.

The two leaders cracked jokes, elbow-bumped, and strolled along the promenade.

When they sat down to talk, Biden told reporters that he had joked with the British prime minister and said they both “married way above our stations.” Besides, British reports reported that the American president gave Johnson a bicycle and a new helmet.

“The talks were great. They went on for a long time. We covered a huge range of subjects. It’s wonderful to listen to the Biden administration and Joe Biden because there’s so much they want to do together with us,” the prime minister told the media.

The gleeful appearances and encounters came despite the Brexit dispute on Thursday after the White House tried to defuse hostilities stemming from a major transatlantic bust-up. Brexit conservatives had referred to Biden, 78, as “senile” after he failed to side with the UK in its “sausage war” bust-up with the European Union.

The president of the United States expressed “great concern” about the conflict through his diplomats.

Yet despite the tensions, Ms. Johnson seemed like a natural counterpart to the First Lady of the United States, as both women were photographed smiling in good spirits and having a good time before tomorrow’s crucial G7 summit.

The event marks the first major engagement for Boris and Carrie since they tied the knot in a secret ceremony last month and the first trip abroad for Joe and Jill Biden as US representatives.