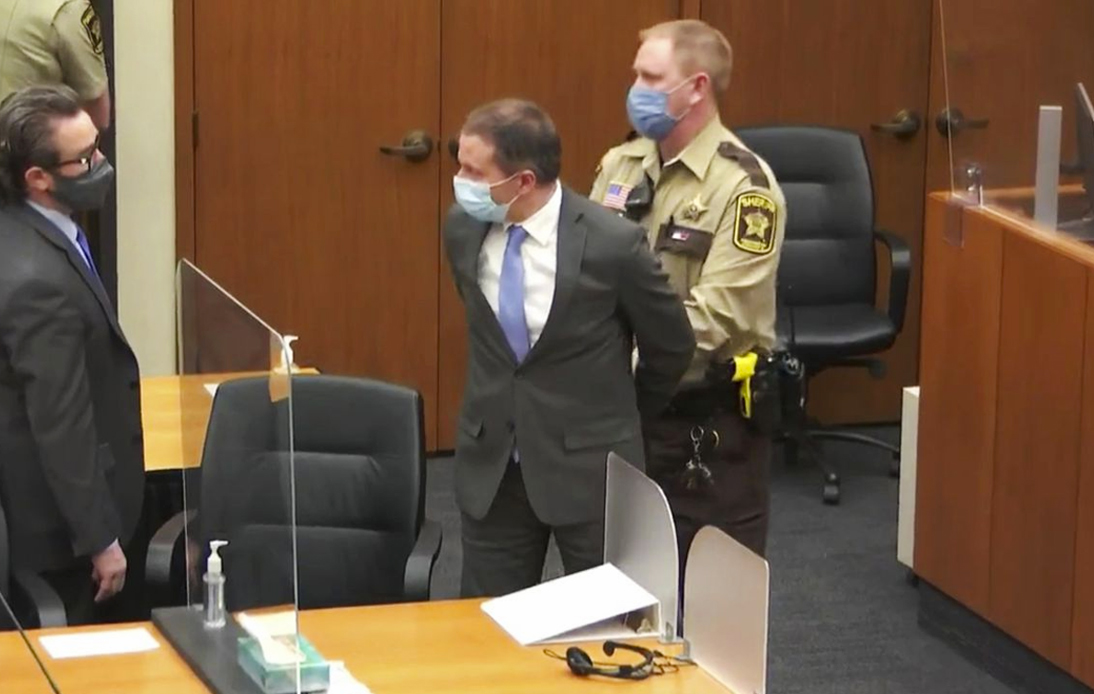 A US jury found Derek Chauvin guilty on all counts for the murder of the African-American man George Floyd in Minneapolis last year.

The former police officer has been convicted of murder for having killed Floyd by kneeling on his neck for almost ten minutes. The crime unleashed a wave of protests against racism and excessive use of force by officers in the United States and across the world.

The 12-member jury’s verdict came in less than a day and followed a tense three-week trial that left the city and the country on edge. Chauvin will remain in custody until he is sentenced, and he could spend decades in jail.

After the defense and the prosecution made closing arguments, a process known as “sequestration” began.

The jurors were isolated in a hotel with no outside contact and were asked to deliberate on a verdict. They had to unanimously agree and could not return home until they had made a decision.

The verdict was well-received by the Americans, who celebrated outside the court and cheered when it was announced.

The Floyd family’s lawyer, Ben Crump, said the jury’s decision marked a “turning point in history” for the US. Via Twitter, he wrote: “Painfully earned justice has finally arrived. [It] sends a clear message on the need for accountability of law enforcement.”

“Nothing is going to make it all better, but at least now there is some justice. We’re all so relieved,” Bilden told the family. Later, in a televised address to the nation, Biden called Chauvin’s guilty verdict a step forward but stated that the country has yet to confront systemic racism across the board, including policing.

“It was a murder in the full light of day and it ripped the blinders off the whole world to see,” he went on, adding: “Systemic racism is a stain on the whole nation’s soul.”

Ms. Harris urged lawmakers to pass the George Floyd bill, which seeks to reform America’s police force, and said, “This bill is part of George Floyd’s legacy. This work is long overdue.” Besides, the Minneapolis Police Federation thanked the jury for their “dedicated work,” shouldering “an enormous burden.”

According to the US media, Chauvin is expected to appeal against the verdict.