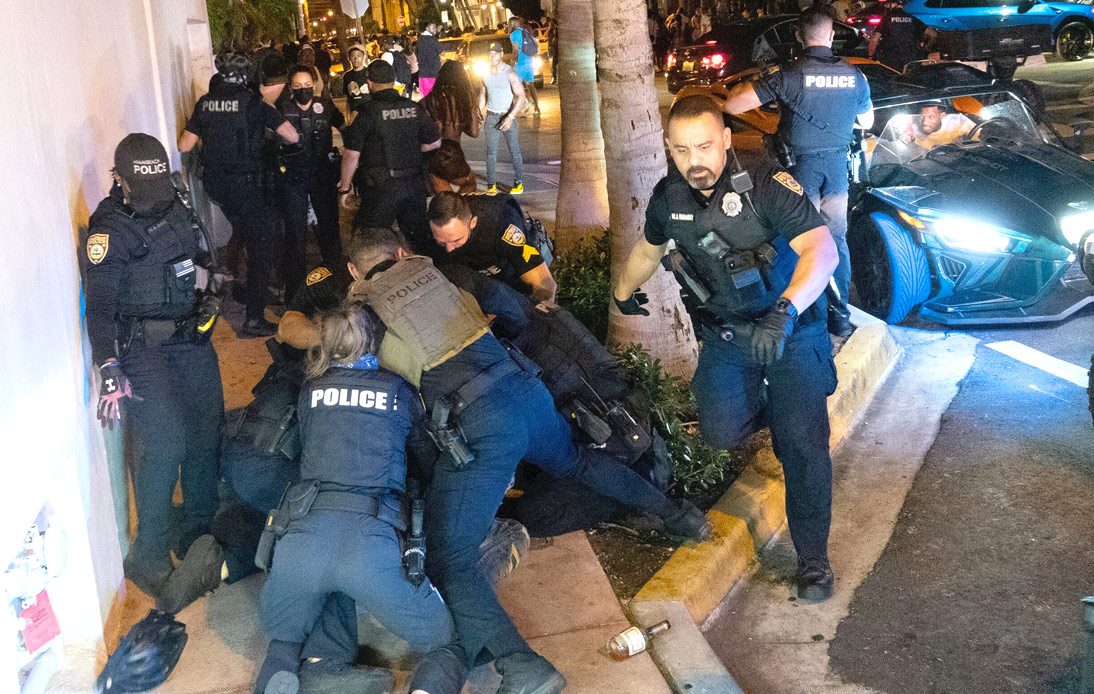 Miami Beach in Florida has declared a state of emergency and extended an extraordinary night curfew for up to three weeks to control the large crowds that converge for Spring Break.

The city commission has expressed concern over coronavirus risks as most people gathered at the party destination without wearing masks.

According to Miami Beach Mayor Dan Gelber, thousands of tourists had brought “chaos and disorder” to the city.

“It feels like a rock concert, wall-to-wall people over blocks and blocks. If you’re coming here to go crazy, go somewhere else,” he told the media. Mr. Gelber claimed that out-of-town and out-of-state visitors had been filling the streets since Florida Governor Ron DeSantis referred to the state as an ‘oasis of freedom’ from coronavirus restrictions in late February.

Spring Break is a vacation period, generally between March and April, for schools and universities in the United States.

Before the holiday period, authorities warned tourists to “vacation responsibly or be arrested.” Additionally, they previously established a COVID-19 curfew at midnight throughout the county.

But the Miami Beach area was packed with revelers without masks or social distancing over the weekend.

City Manager Raul Aguila told the city commission that he noticed an increase in the number of people on Friday night and imposed emergency powers on Saturday with the purpose of establishing a curfew to close streets and highways in the area.

On Sunday, the commission agreed to authorize Aguila to extend the curfew and street closures for up to three seven-day periods beginning Tuesday.

The commission’s decision to order the first emergency curfew came after days of partying that included clashes between police and crowds.

Aguila said that the emergency measures were “necessary not only to protect our residents but our visitors, including our spring breakers who we want to keep safe.” Besides, the Miami Beach Police told the media that they had arrested at least a dozen people after the curfew was commanded.