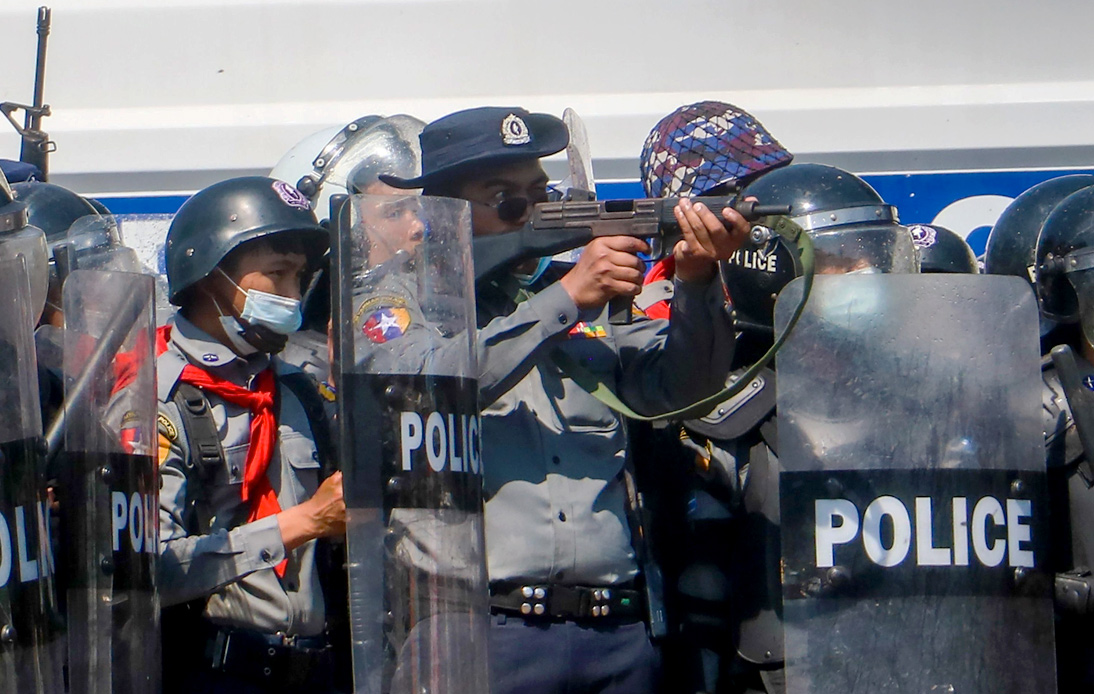 Myanmar police fired rubber bullets during a mass demonstration in the capital Nay Pyi Taw as Burmese demanded respect for the right to protest.

Thousands of people gathered in the streets in defiance of a recent protest ban imposed by the military rulers a week after the coup. They also protested in rejection of the seizure of power by the army.

A woman is reported to be in the hospital after suffering a critical head injury. Besides, some news agencies quoted the doctors as saying they had seen live bullet wounds.

Military leader Min Aung Hlaing warned that anyone who violates the law would be punished.

In some cities, authorities have banned large public gatherings and imposed night curfews. However, the protesters refuse to stop demonstrating.

They also protest against President Win Myint’s imprisonment and other leaders of the National League for Democracy Party (NLD) party, who were arrested when the military seized power on February 1.

On the fourth day of consecutive protests, the military faced Myanmar’s largest demonstrations in many years.

Local media had not mentioned the protests in recent days. However, Myanmar’s state television said the police had also been injured trying to control an aggressive rally on Tuesday.

It said that the protesters had destroyed a police truck in Mandalay.

Residents said they fear for their safety and describe the situation as “total chaos.” They alleged that there are many people on the roads protesting, but there is also a lot of violence from the police.

It was also reported that the NLD party headquarters in Yangon had been “raided and destroyed” by the military.

How were Tuesday’s protests?

The crowd refused to retreat, and some people allegedly threw projectiles at the police.

The protesters shouted: “End the military dictatorship,” but the policemen kept trying to disperse the demonstration and fired warning shots into the air. Soon after, they fired rubber bullets at people.

What does the army say?

On Monday, General Min Aung Hlaing gave his first televised speech since the coup, insisting that the seizure of power was justified by electoral fraud.