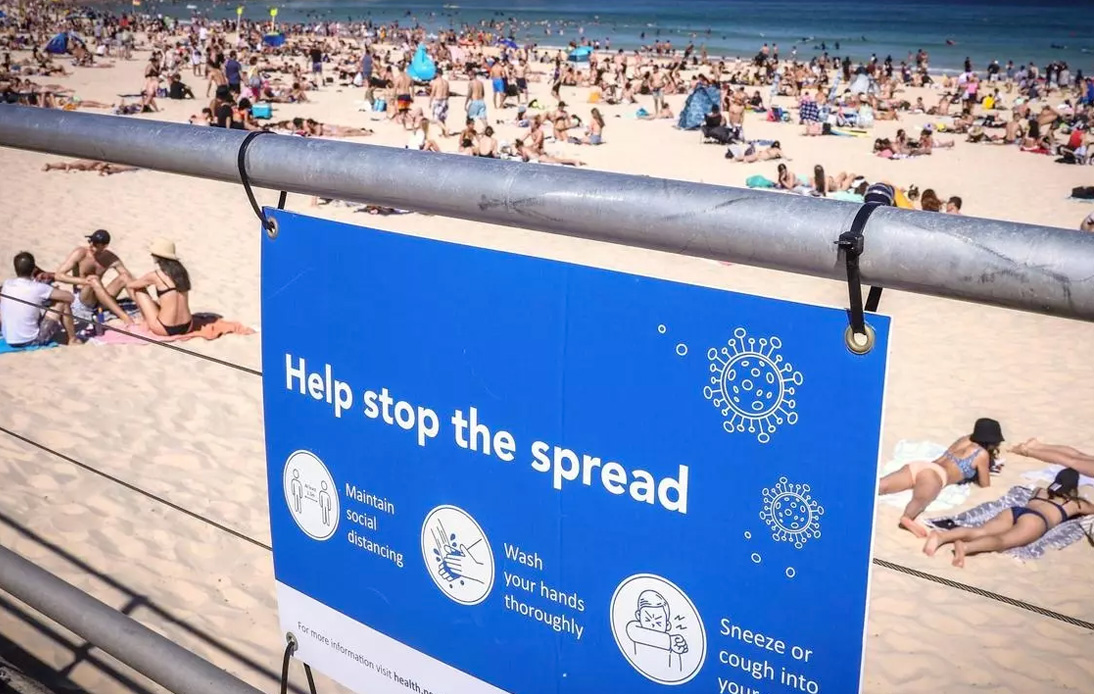 Australian authorities have announced new restrictions for the Greater Sydney area as part of their efforts to contain a growing outbreak of COVID-19.

The cases were found in the city’s Northern Beaches area, which entered a five-day lockdown on Saturday. Sydney residents have been rushing out of town before Christmas ever since.

Under the new restrictions, family gatherings will be limited to 10 people, and hospitality venues to 300 until Wednesday.

Residents were also asked to stay home. The state of Victoria, which had received thousands of travelers from New South Wales (NSW), will close its borders to residents of Greater Sydney and the Central Coast of NSW from midnight.

People will have to face a 14-day quarantine.

The state of South Australia also said that all visitors from Greater Sydney would have to self-quarantine for 14 days starting at midnight. It also stated that people who have been to the Northern Beaches area would be excluded from the territory entirely.

The Sydney to Hobart yacht race was canceled for the first time in its history due to the outbreak.

New restrictions in Greater Sydney, including the Central Coast and the Blue Mountains, indicate that the one person per four square meters (43 square feet) rule will return for all indoor settings, including hospitality venues and places of worship.

The cap for those places will be 300 people.

Dance floors will not be allowed either, except weddings that can be attended by up to 20 people from the bridal party. Singing and chanting indoors will also be prohibited.

Until Wednesday, Australia had recorded only one locally transmitted infection in the past 15 days.

According to Johns Hopkins University, the country has recorded around 28,000 infections and 908 deaths in total. Australia is seen as a relative success story in containing the pandemic.

Authorities identified the outbreak just days before the Christmas period, raising concerns about possible travel restrictions that could affect holiday travel. More than 250,000 residents have been banned from leaving their homes except for work, exercise, essential shopping, or compassionate reasons.

Residents from other parts of Sydney were asked to avoid the area.

Epidemiologist Mary-Louise McLaws described the next five days as a tipping point, adding: “We can only hope that it remains focused in the Northern Beaches, but if it goes across all of Australia, then we will need more tightening.”