New York Restaurant Customers Will Need To Be Vaccinated 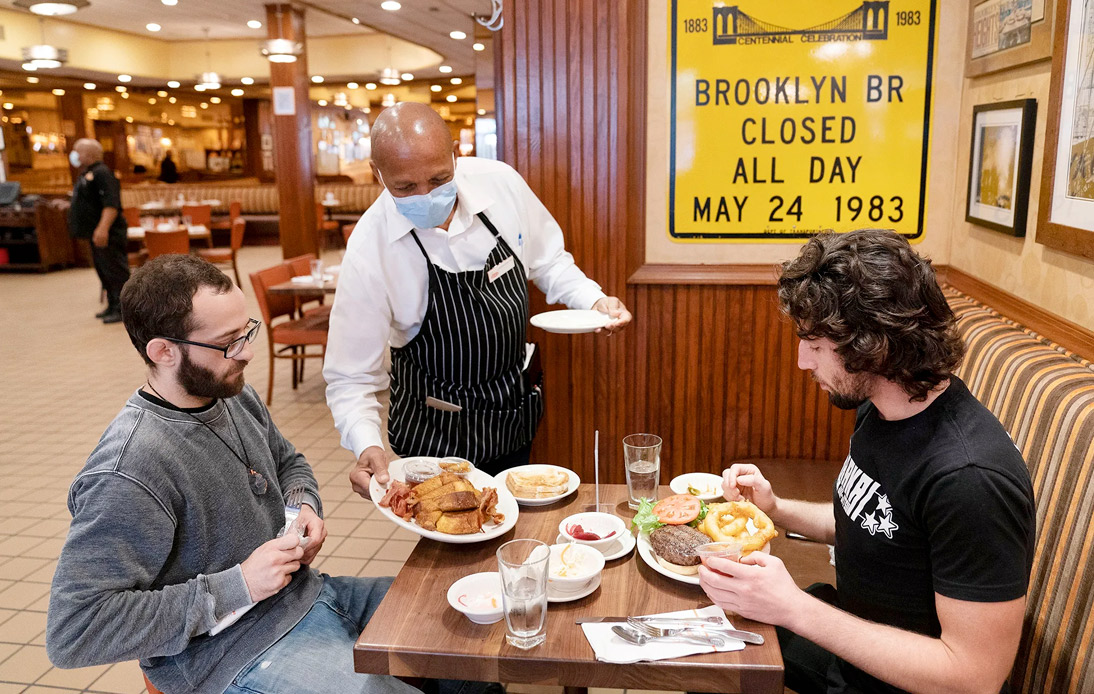 New York authorities announced a new ruling requiring clients and staff of gyms, restaurants and other indoor businesses to get a Covid-19 vaccine.

Mayor Bill de Blasio said the policy’s objective is to encourage people to get vaccinated as the most contagious Delta variant spreads in the city and other areas across the United States.

According to official figures, about 60% of New Yorkers have been administered at least one vaccine dose.

But poor communities, communities of color and other areas have lower inoculation rates, the government said.

The policy, which is similar to the recently imposed restrictions in France to curb the virus spread, would “turn the tide” on Covid-19, the mayor said.

The rules will go into effect this month but won’t be fully enforced until September 13, Bill de Blasio added.

Schools are expected to reopen and companies are set to allow their employees to work in their offices in September.

The city’s mayor also explained that anyone who wants to eat inside a restaurant must prove that they have been inoculated.

In addition, those who want to attend an indoor performance in New York City must show a certificate of vaccination against Covid-19.

City authorities have also created the “Key to NYC Pass” campaign to provide proof of immunization to workers and customers at restaurants, entertainment venues, and gyms.

Other large cities in the United States have restored the mandatory mask-wearing rule indoors.

However, de Blasio has been reluctant to impose the same strict measure.

In response, big tech companies like Google have asked their workers to get vaccinated before returning to the office.

Last week, Netflix required its key cast and crew on US film and television productions to receive a Covid-19 jab.

Goldman Sachs also asked its bankers to reveal how many shots they have received before returning to the workplace.

Harry Potter publisher Bloomsbury’s UK workers also need to get vaccinated before returning to the offices.