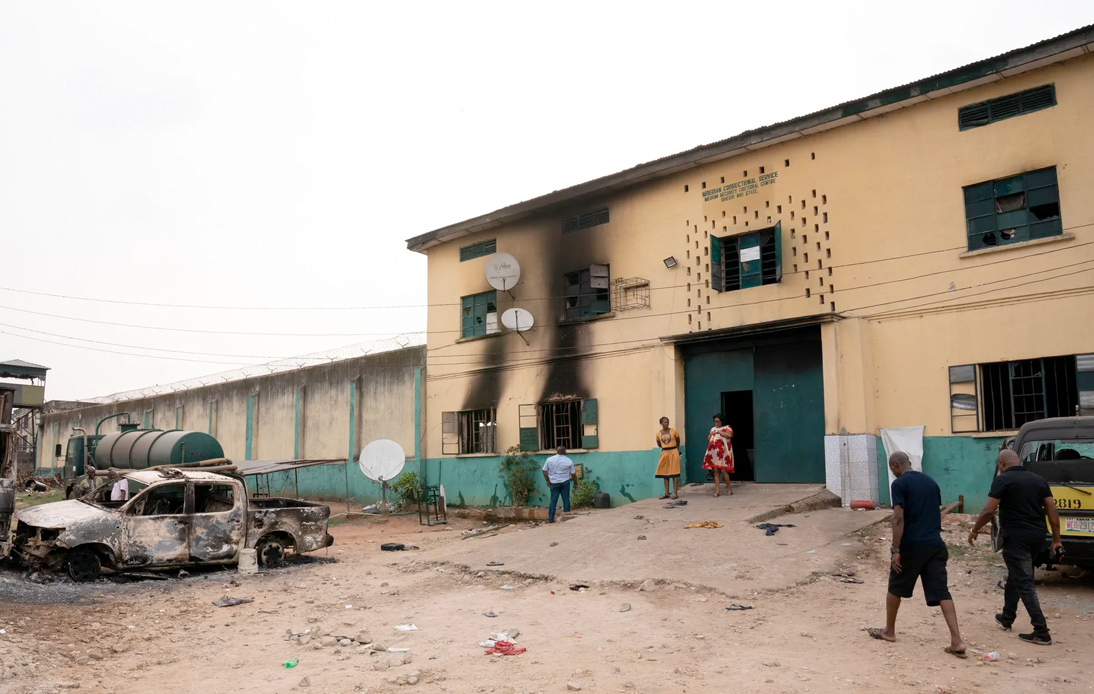 A spokesman for the Nigerian Correctional Service said in a statement that unidentified armed men had carried out a blitz attack at the correctional facility in Kogi’s Kabba district.

The attackers raided the site and “immediately engaged the armed guards in a fierce gun battle,” he added.

According to Francis Enobore, spokesman for the Correctional Service, the incident occurred at around 11:45 p.m. on September 12, 2021, when no fewer than 294 inmates were in custody, including 224 pre-trial detainees and 70 convicted inmates.

A “recapture procedure” had been activated to find the fleeing prisoners, Enobore added.

Ede Ayuba Ekpeji, an Assistant Inspector-General of Police for the region, said an officer had died during the raid, stating: “Gunmen in large numbers attacked from all angles and didn’t give the correctional service any opportunity of responding.”

One police inspector died while another was wounded and taken to a hospital, he said, adding that three escaped prisoners had been recaptured.

Ekpeji stated the gunmen who attacked the prison did not intend to free any specific category of prisoners.

It was the second jailbreak from a Nigerian prison in the last five months. In April, almost 2,000 inmates broke free from the Owerri Custodial Center in the southeastern state of Imo after armed men invaded the prison and used explosives to blast parts of its facilities, local authorities reported back then.

Nigerian Police said secessionist groups in the southeastern region were behind the April attack.

Also, Nigerian President Muhammadu Buhari claimed the Imo prison break had been “an act of terrorism.” However, he has not yet commented on yesterday’s Kogi Prison raid.

Nigeria has reported growing separatist conflicts, insurgency, banditry and kidnappings to ask for ransoms as it deals with its worst security crisis in recent years.