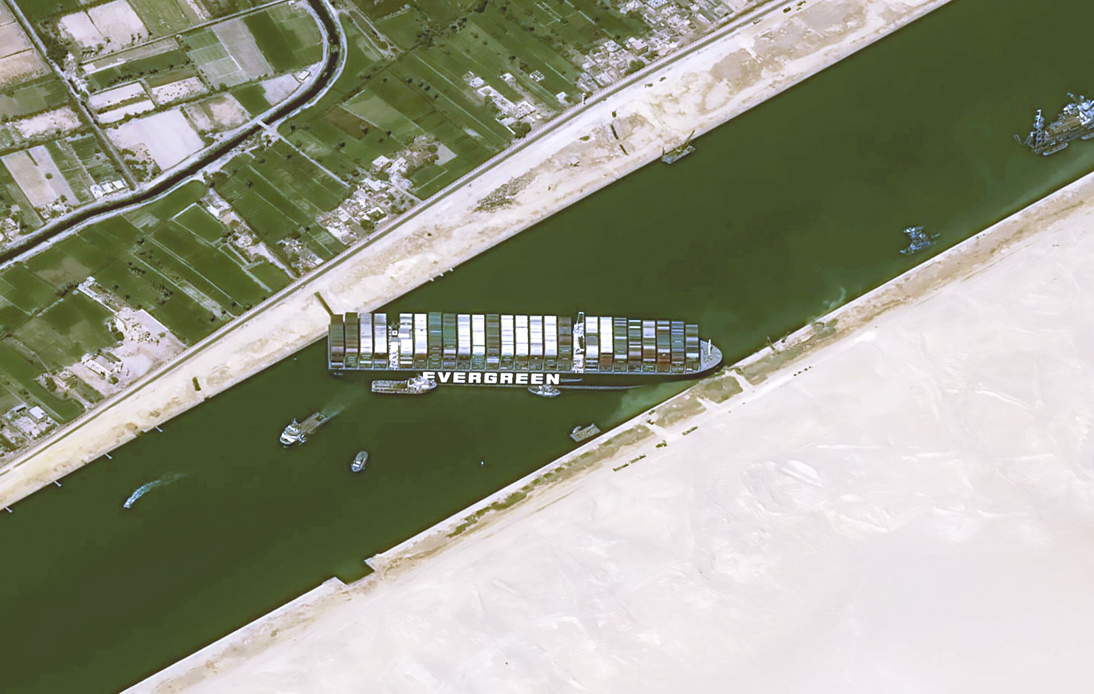 The Japanese company said it was trying to resolve the issue as soon as possible, but that dislodging the Ever Given had become extremely difficult. On Thursday, salvage and marine engineers failed on their last attempt.

“In co-operation with local authorities and Bernhard Schulte Shipmanagement, a vessel management company, we are trying to refloat [the Ever Given], but we are facing extreme difficulty,” it said.

“We sincerely apologize for causing a great deal of worry to ships in the Suez Canal and those planning to go through the canal,” it added.

The cargo ship stuck has blocked the waterway, creating long tailbacks with more than 150 vessels waiting to pass. However, the Taiwanese company Evergreen Marine, which operates the ship, stated that salvage experts, the captain, and the Suez Canal Authority had been working together to devise a more effective plan to refloat it.

It became wedged in the middle of a dust storm with high winds. Since then, it has been blocking the canal that connects the Mediterranean Sea with the Red Sea, which is the shortest maritime link between Asia and Europe.

About 12% of world trade passes through the canal.

The Ever Given is almost as long as the Empire State Building in Manhattan and blocks passage across the canal entirely. There is an alternative route around the Cape of Good Hope in the southern tip of Africa, but it can take two weeks longer.

It was known that a flotilla of tugboats, dredgers and diggers resumed efforts to move the ship during high tide Thursday morning.

Later, Bernhard Schulte Shipmanagement said that it had tried unsuccessfully to refloat the ship around 08:00 but that it would make another attempt in the afternoon. It stated that a team of salvage experts from Smit Salvage was attending the Ever Given.

However, the CEO of Smit Salvage’s parent company Boskalis said that refloating the ship could take weeks instead of days.

Despite the owner’s efforts to remedy the situation, industry sources said that Shoei Kisen Kaisha and insurers could face millions of dollars in claims for delays and additional costs accrued by other companies even if Ever Given is quickly refloated.