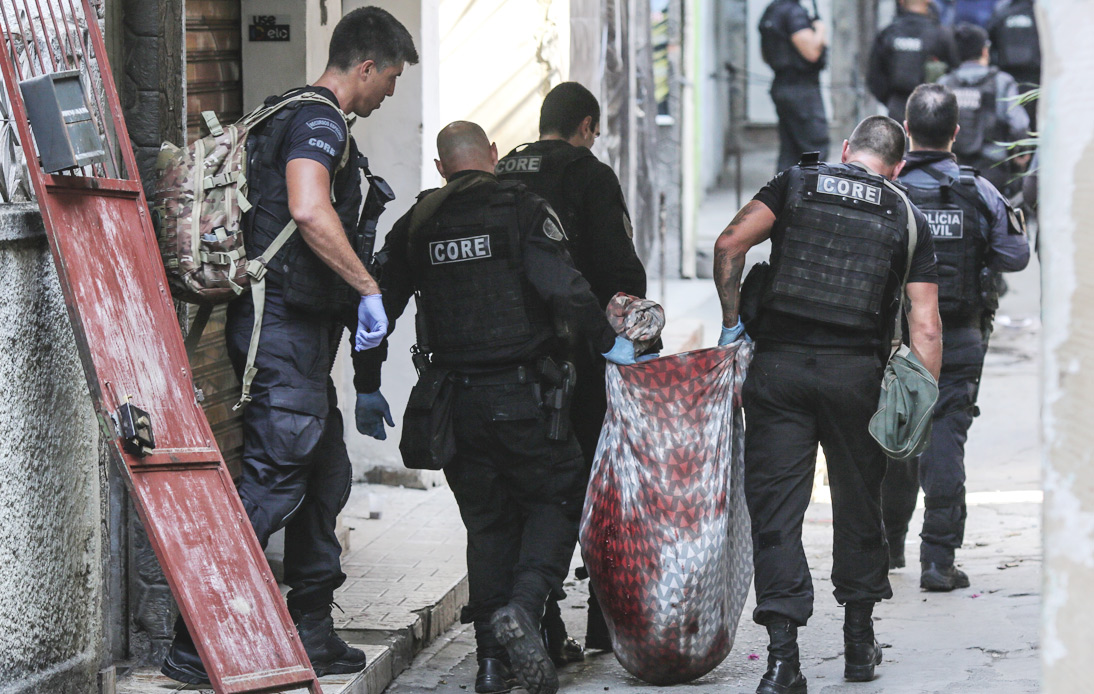 Brazilian media reported that at least 25 people, including an officer, were killed in a shootout between police and a drug gang in Rio de Janeiro on Thursday morning.

The gunbattle took place during a police operation in a favela in the Jacarezinho area of the city. The operation was launched after reports that drug traffickers were recruiting children for their gang.

Two passengers on a metro train were hit by bullets when it was caught in the crossfire, but officials reported that they had survived.

Besides, the Brazilian city authorities confirmed the death of one of their officers, Inspector Andre Leonardo de Mello Frias. In a statement posted on Facebook, the police wrote: “he honored the profession he loved and will be missed.”

Police Chief Ronaldo Oliveira told Reuters news agency that yesterday’s raid was “the largest number of deaths in a police operation in Rio.” The shooting was in Jacarezinho, a poor working-class district controlled by the drug gang known as Comando Vermelho or Red Command.

The gang targeted by the raid was involved in drug trafficking, robberies, kidnappings, and murders, local news said, as they showed images of suspects trying to escape across rooftops.

However, district residents and human rights activists accused the police of using excessive force while questioning why the operation was launched as the Supreme Court had banned police raids in the city during the pandemic. Nadine Borges, vice president of the human rights commission at Brazil’s bar association, said a group of lawyers collecting facts had heard “chilling” accounts.

“There were executions of people who had already surrendered,” she said. “It was absolute barbarism.”

Jurema Werneck, the executive director of Amnesty International Brazil, referred to the police operation as the deadliest to have occurred in Rio de Janeiro, saying it was “unprecedented.” Rio de Janeiro is one of the most violent states in Brazil, with vast areas under the control of criminals, mostly linked to drug-trafficking gangs.

Police commanders said the shooting began around 6:00 a.m. when the criminals started shooting at officers who had arrived to serve arrest warrants.

“There were no executions, but rather a reaction to an assault,” said Roberto Cardoso, a police commander.