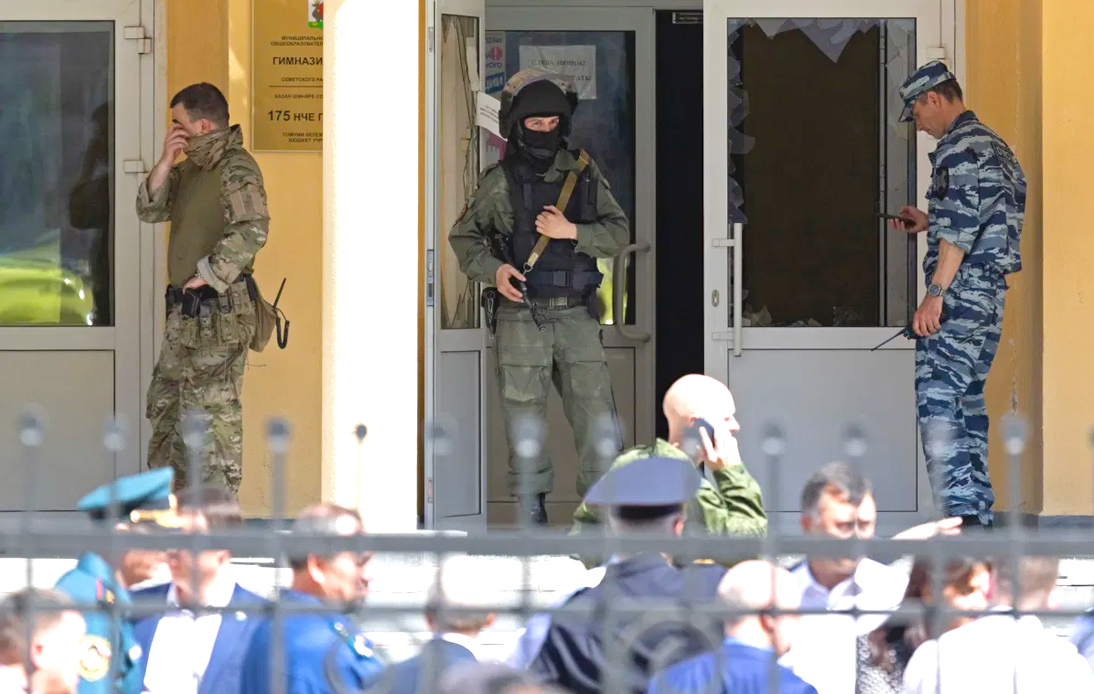 Russian authorities said seven children and two adults were killed in a shooting at a school in the city of Kazan, Russia, on Tuesday.

Reports showed that twenty-one other people, mostly children, were wounded during the attack. It occurred in the capital of the Republic of Tatarstan, 820 kilometers (510 miles) east of Moscow.

Tatarstan leader Rustam Minnikhanov described the attack as a “great tragedy” and said: “We are deeply saddened that this has happened.” Additionally, Russian PM Mikhail Mishustin spoke of the incident, saying that it left “great sorrow.”

In response to the shooting, Russian President Vladimir Putin said he would revise the country’s gun control laws.

Mr. Minnikhanov confirmed the deaths of seven children, four boys and three girls, a teacher and a social worker at School No. 175. Authorities said the children were believed to be around 15 years old, as they were eighth-graders.

Eighteen students and three adults were taken to hospitals to get treatment for gunshot wounds, bruises, and fractures, Minnikhanov added.

According to a source from the emergency services cited by Russian news agency Tass, the shooting started around 09:20 local time (06:20 GMT). Five minutes later, the police received the first panic button signal from the school.

“Everyone started panicking and saying ‘shut the doors’,” a student who witnessed the attack told the Mediazona news website.

“About a minute later the head teacher started yelling: ‘We’re shutting the doors!’ We got out about 15 minutes later, not out of the windows. I wanted to do that, but the teacher closed the window immediately and said no,” the student added.

Images shared on social media showed some kids jumping from the building’s windows to escape.

Russian television reported that two of the children had died after jumping from a second-story window. A Kazan resident outside the school said that people were hysterical, as parents were crying and doctors were giving out medicine.

Initial reports on the attack said that there were two gunmen and that one of them had died. However, officials later stated there was only one suspect, locally known as Ilnaz Galyaviev.

Russian investigators said that he was a Kazan resident who probably studied at the school, and then Mr. Minnikhanov confirmed that he was a registered firearm owner.

There is no information on the possible motive for the attack, but Mr. Minnikhanov called the shooter a “terrorist.” Before the shooting, he posted on social media that he had planned to kill “a huge number of people” before shooting himself.

Screenshots of his account showed him wearing a black mask with the word “God” written in red.