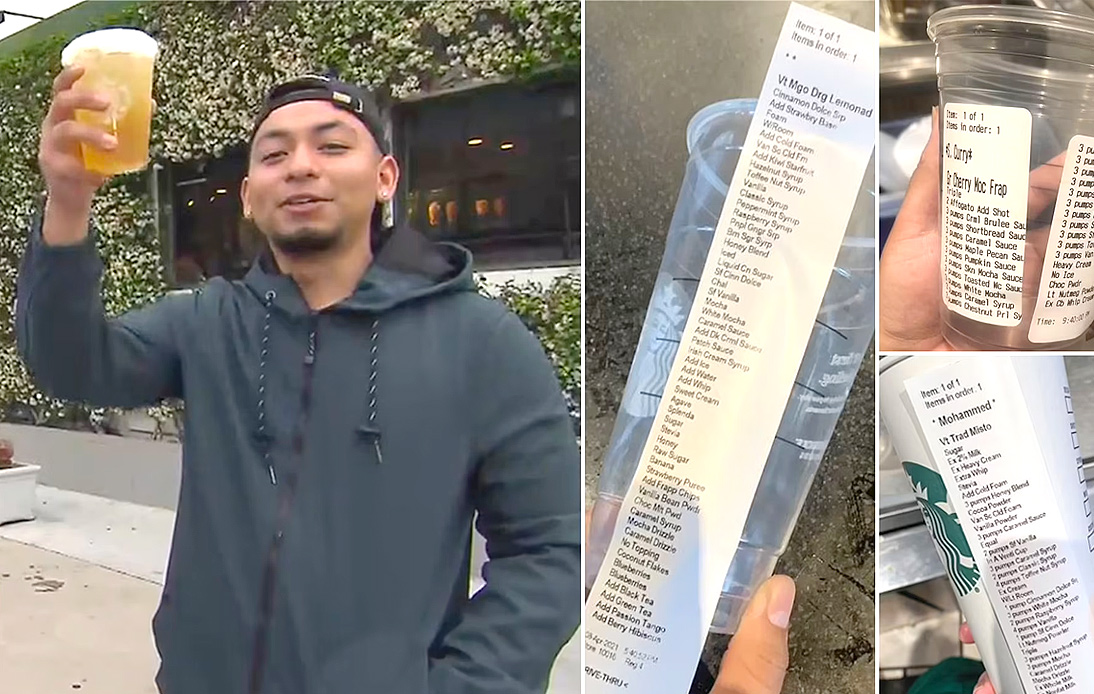 Workers at the chain of coffeehouses Starbucks told the media that customers were ordering increasingly complicated drinks and getting “very mad” when they are not prepared perfectly.

A Starbucks barista in Los Angeles, Josie Morales, was fired earlier this month after tweeting a picture about an order.

The traditional drink is made with milk, coffee, caramel syrup, and ice and is topped with dark caramel sauce, whipped cream, caramel drizzle, and a crunchy caramel-sugar topping.

Morales captioned the image: “On today’s episode of why I want to quit my job.” However, he is not the only employee who feels the strain as Starbucks staffers were increasingly worn out by demanding and picky people ordering complicated drinks that slow down drive-thru service, The Guardian reported Wednesday.

“These orders are driving us insane because they’re so long, so specific, and it requires you to do much more work than you should be doing for one single drink,” a Starbucks shift supervisor in New York told The Guardian.

Like Morales’s tweet, the recipe went viral, and customers across the country clamored to try “The Edward” for themselves. Although the worker was fired for violating Starbucks’ social media policy, he has no regrets for complaining about the situation.

“I feel like it brought some light upon how crazy orders can be,” he told Inside Edition.

In early May, a report written by Insider’s Mary Meisenzahl cited a Starbucks supervisor in Pennsylvania, saying: “Custom drinks from social media like TikTok are also increasing the need for labor.”

“These drinks are getting more and more complicated while the company is pushing for drive-thru times under 40-50 seconds,” the supervisor added.

Company reports indicated that the number of transactions decreased, but larger, more complex orders that cost more increased same-store sales. Starbucks does not limit how many customizations customers can request on their orders.