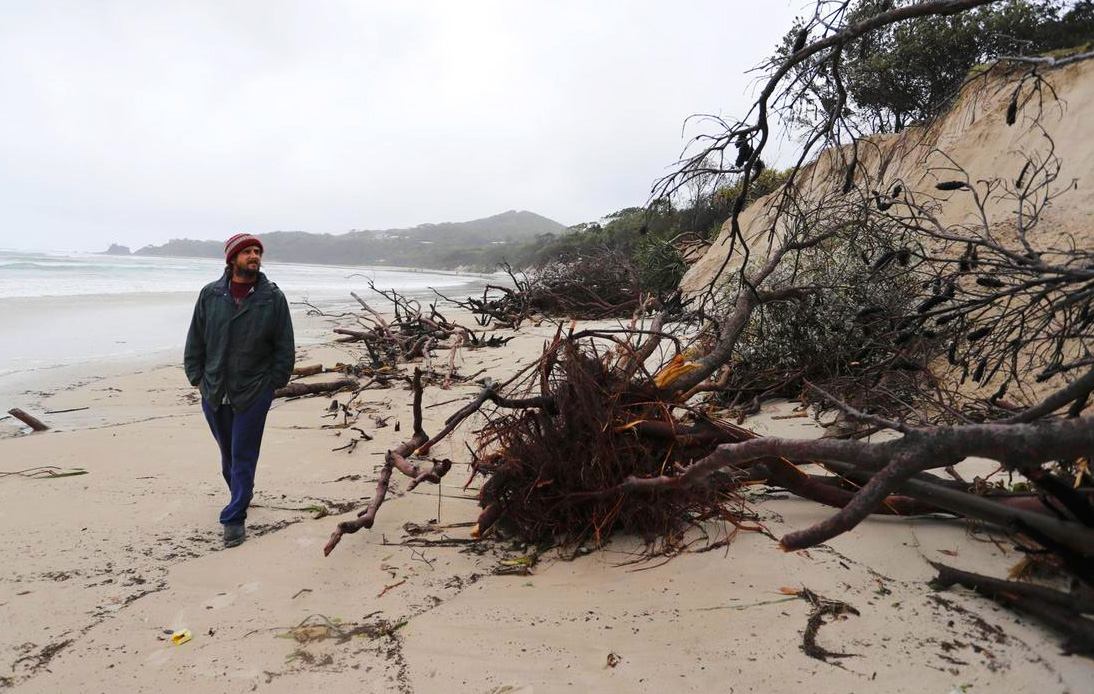 Australian authorities say the famous Byron Bay beach has all but disappeared due to the extreme weather hitting the country’s coastline.

Main Beach had already been depleted due to erosion in the past.

However, local mayor Simon Richardson said severe weather and massive swells were destroying what was left. “We’re watching our beach disappear,” he added.

More than 2,000 homes in cities like Brisbane and the Gold Coast lost power due to high winds on Monday. Additionally, tides as high as 8 m (26 ft) were recorded, eroding the shoreline in some areas, including Byron Bay.

Emergency services said they had received more than 700 calls for help since Sunday.

They also said that around half a dozen people stranded in the floodwaters were rescued. Forecasters have warned that a La Niña weather pattern, which generally brings more rain and tropical cyclones, will hit Australia this summer.

Many beaches closed Monday as a preventive measure due to dangerous conditions.

The Australian Bureau of Meteorology issued severe weather warnings for a vast coastal area stretching from Hervey Bay in Queensland to Taree in New South Wales.

Popular vacation spots like the Sunshine Coast and Gold Coast in Queensland have also been affected by the weather.

In Byron Bay, pictures showed in the state of New South Wales, a beach covered with water and fallen trees.

The affected areas have been alerted to damaging winds, flash floods, and dangerous surf. Some places have received more than 400mm of rain in 24 hours.

Previously, large wildfires swept through half of the island’s dry bushes. Bureau spokesman Justin Robinson said: “These are dynamic weather systems, and you should always expect the unexpected.”

According to the Bureau of Meteorology, the average rainfall in eastern Australia from December to March during a La Niña year is around 20% higher than the long-term average.

Other previous severe flood events from 2010 and 1998 in Queensland were also associated with La Niña.