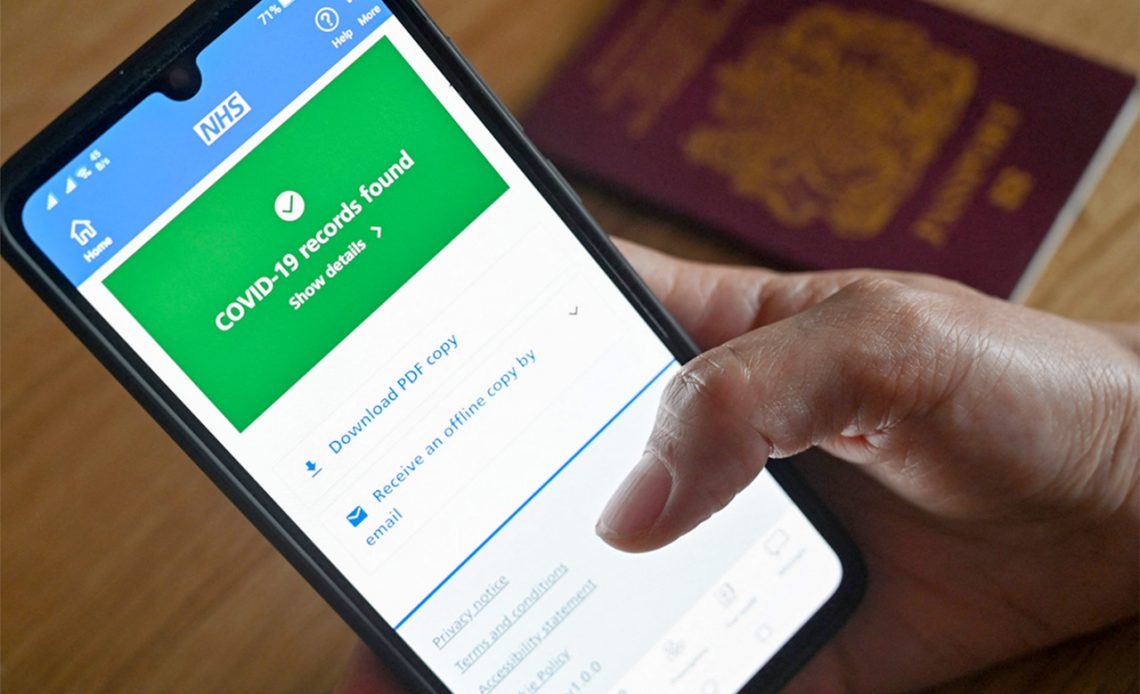 The UK health secretary said the government had halted plans to introduce vaccine passports for access to nightclubs and crowded events in England.

Authorities were set to introduce the scheme ending this month. Despite criticism from venues and some MPs, Vaccines Minister Nadhim Zahawi had defended the proposal a week ago, saying that it was “the best way” to keep the nightlife industry open.

However, Health Secretary Sajid Javid told the media: “We shouldn’t be doing things for the sake of it.”

Under the scheme, individuals would have been required to show proof of immunity -including double vaccination certificates, negative results from a Covid-19 test, or evidence of completed self-isolation after a positive PCR test- to enter clubs or large events.

But the plan will not go ahead. No 10 emphasized that it would be kept “in reserve” if the government needed to implement it during the autumn or winter.

The Night Time Industries Association, which previously said the plans could have crippled the industry and led nightclubs to face discrimination, welcomed Sunday’s announcement.

The body said it hoped that companies could now plan with “some certainty” and start rebuilding the sector, which has been hit hard by the Covid-19 pandemic.

Earlier, some Tory MPs on the Covid Recovery Group and the Liberal Democrats, whose leader Ed Davey described vaccine passports as “divisive, unworkable and expensive,” opposed the measure. They also welcomed the health secretary’s announcement with satisfaction.

“We just shouldn’t be doing things for the sake of it or because others are doing, and we should look at every possible intervention properly,” Mr. Javid said while speaking on The Andrew Marr Show.

He stated that he had never liked the idea of requiring people to show papers to do “what is just an everyday activity.”

“We’ve looked at it properly and, whilst we should keep it in reserve as a potential option, I’m pleased to say that we will not be going ahead with plans for vaccine passports,” he added.

But he clarified that the government was not “running scared” after the criticism, adding that passports were unnecessary due to tests and new treatments’ effectiveness and high vaccine uptake.

During the interview, Mr. Javid also said he wanted to get rid of PCR tests for travel and did not anticipate any more lockdowns. But he added that it would be “irresponsible to take everything off the table.”

He also spoke about vaccinations for people aged 12-15, saying that the Joint Committee on Vaccination and Immunization (JCVI) has recommended against doing so.

Meanwhile, Scotland adopts a different approach, bringing a vaccine passport for those over 18 who want to get into nightclubs and large events. In Wales, ministers will decide whether to introduce the plan next week.