US Capitol Officer Killed After Car Rams Into Security Barrier 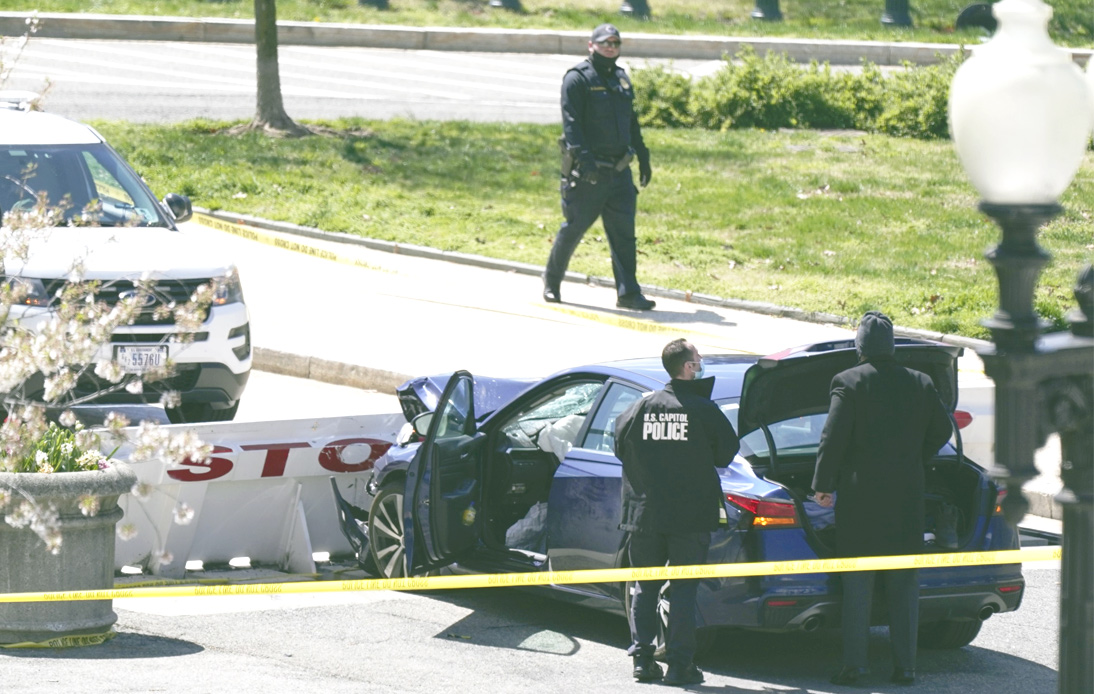 A US Capitol police officer was killed and another was injured after a suspect rammed a vehicle into a police barrier outside the building on Friday afternoon.

Later that same day, acting department chief Yogananda Pittman identified the officer as William “Billy” Evans, an 18-year veteran of the force and a member of its “First Responders Unit.” In a statement, she said: “It is with profound sadness that I share the news of the passing of Officer William ‘Billy’ Evans this afternoon from injuries he sustained following an attack at the North Barricade by a lone assailant.”

Federal and local police sources told the media that 25-year-old Noah Green had been identified as the suspect in the attack.

According to Pittman, an investigation into the incident has already been ordered, but the immediate danger appears to have subsided. On Friday afternoon, USPC lifted the Capitol’s lockdown after law enforcement determined the “external security threat” had been eliminated.

Police and the National Guard responded quickly to the situation by immediately moving to secure the building when the first violence reports began to emerge.

While the suspect was quickly neutralized, the deadly attack serves as a reminder of the January 6 violent insurrection and lingering concerns about Capitol security.

“Just after 1 p.m., a man in a blue sedan rammed his vehicle into the North Barricade at the US Capitol, striking 2 USCP officers,” US Capitol Police said in a statement.

“The Department immediately locked down the Capitol Campus. The man exited the vehicle with a knife and ran toward our officers. At least one officer drew their weapon and shot the suspect,” the statement read, aligning with what a senior congressional aide and a US Capitol Police source told the media shortly after the incident.

Sources said the driver exited the car brandishing a knife after ramming the vehicle into a barricade on Constitution Avenue.

Police shot the suspect and detained him, but at least one of the officers was stabbed. Less than two hours before arriving at the Capitol, Green posted several Instagram stories with references to the Nation of Islam leader Minister Louis Farrakhan.

Pittman said Green was not known to USCP prior to Friday’s attack.

However, a review of his social media also showed that the man posted in the previous weeks that he had lost his job and was suffering from medical ailments, adding that he believed the US government was targeting him with “mind control.”