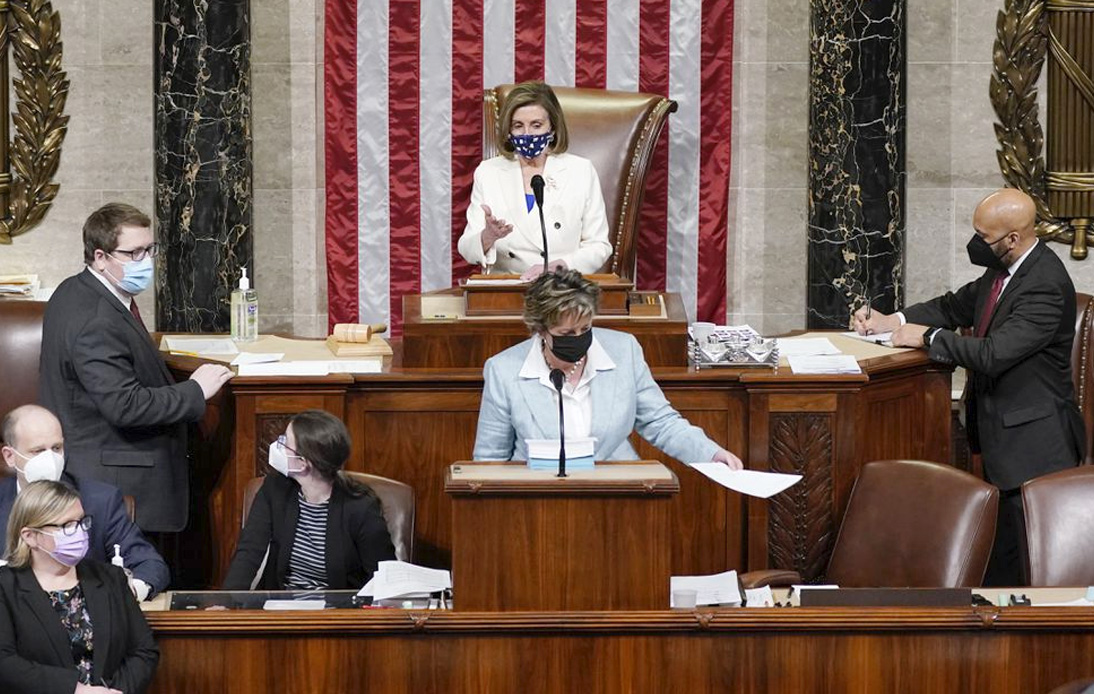 The US Congress has finally passed the $1.9 trillion relief bill that President Joe Biden proposed to help American citizens deal with the impact of the novel coronavirus pandemic.

On Wednesday, the House of Representatives approved the 220-211 massive financial aid plan with no Republicans voting in favor.

Experts consider the sixth COVID-19 relief project to be a legislative victory for the new president. After passing through the Senate, the next step is for the relief package is to be signed into law and, according to White House spokesperson Jen Psaki, the president will sign the bill into law on Friday.

The stimulus bill passed along partisan lines, with all but one Democrats voting in favor.

The bill includes one-off direct payments worth $1,400 to most Americans. It also extends weekly jobless benefit payments of $300 until September.

Initially, it proposed raising the national minimum wage from $7.25 to $15 per hour.

However, the matter became a sticking point in the Senate and did not reach the final version of the bill approved yesterday. Instead, it allocates $350 billion to state and local governments, in addition to some $130 billion to reopening schools.

Also included are $49 billion for expanded COVID-19 testing and research and $14 billion for the vaccine distribution program.

The bill has been well-received by Americans.

The Pew Research Center released a poll in March showing that 70% of American adults surveyed expressed support for Joe Biden’s plan, including 41% of Republicans.

The Democrats in control of both chambers of Congress stood together and managed to retain most of the initial proposals of the bill.

In January, while announcing the “America’s Rescue Plan,” Biden said the government needed to “go big” to rescue and boost the flagging economy. The North American country faced the worst public health crisis in a century, with more than half a million people dead and more than 29 million infected.

Besides, according to the US Department of Labor, unemployment skyrocketed over the past year, with a current rate of 6.2%.

Who opposed the bill?

“After five relief bills, it is on track to be the first passed by strictly party lines,” he added, noting that it was the most expensive single bill in the history of the United States.