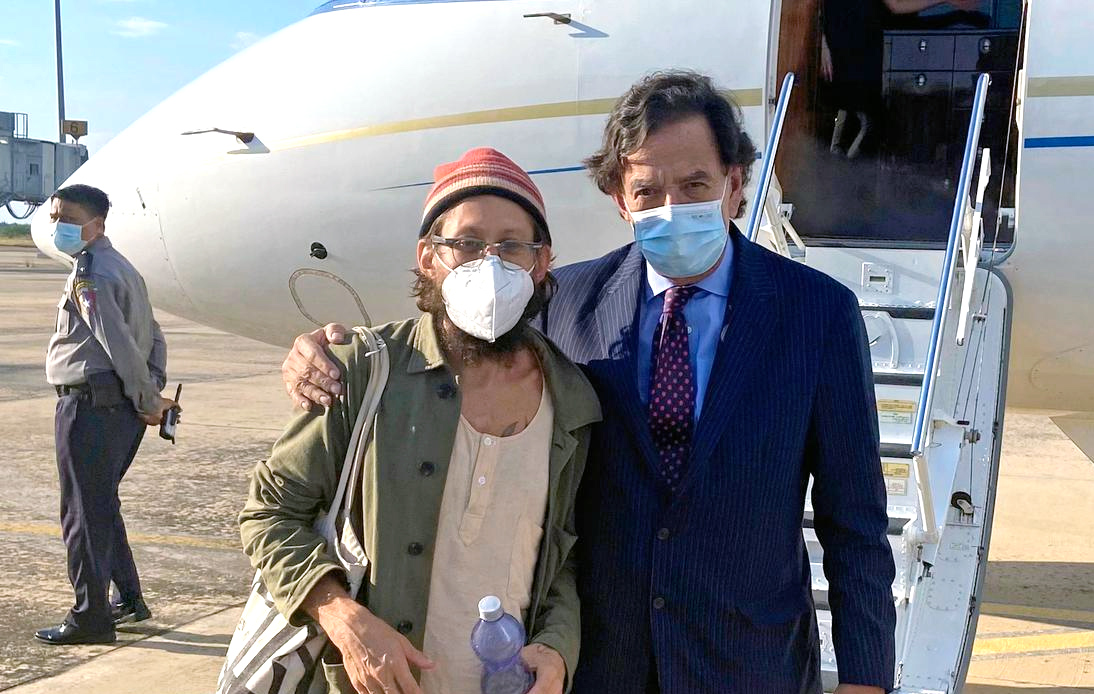 US journalist Danny Fenster has been released from jail, just three days after a Myanmar military court sentenced him to 11 years in prison.

Fenster’s employeer, independent outlet Frontier Myanmar, announced he was released on Monday afternoon, adding that the journalist was on a flight to his home country.

The 37-year-old journalist was arrested in May this year at Yangon International airport when he was about to fly back to the US.

After spending five and a half months in prison, he was convicted of breaching immigration law, encouraging dissent against the military and unlawful association.

Also, on Tuesday, Fenster was set to stand trial on further sedition and terrorism charges, which could be punished with life term in prison.

Since Myanmar military seized power in February 1 coup, dozens of journalists among thousands of people had been detained.

Fenster was released after negotiations between the Burmese junta and former US ambassador to the UN Bill Richardson.

“This is the day that you hope will come when you do this work,” he said, adding that Fenster would be flying to the US via Qatar.

After his release, the military government said Fenster was pardoned and freed on “humanitarian grounds.”

Myanmar’s deputy minister of information said authorities “already had the intention to release him” for “humanitarian reasons.”

He explained that the US government had promised anything in return for Fenster’s pardon. However, Myanmar always try to keep “good relations with other countries,” he added.

US Secretary of State Antony Blinken welcomed the reporter’s release, stating that he had been wrongfully detained for almost six months.

“We are glad that Danny will soon be reunited with his family, as we continue to call for the release of others who remain unjustly imprisoned” in Myanmar, Mr. Blinken added.

After arriving in Qatar’s capital Doha, Fenster told the media he was held for no reason but added that Myanmar authorities had not mistreated him.

He said he was physically healthy and was not “starved or beaten” but felt concerned about his ordeal, as he was worried it would never end.