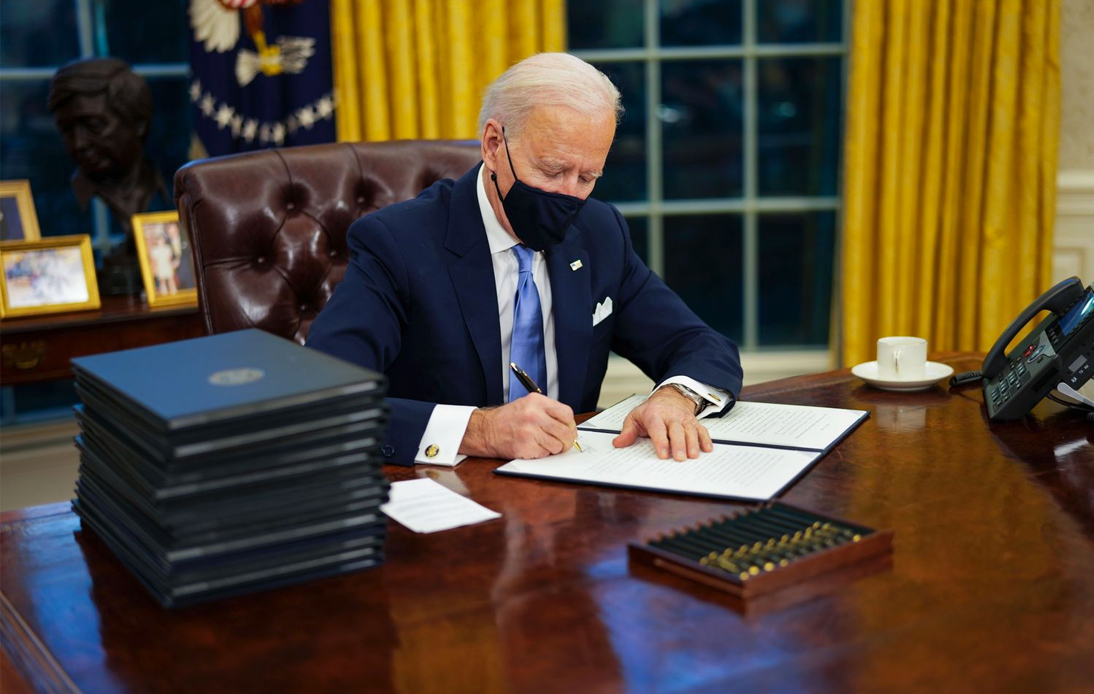 In an attempt to boost the fight against COVID-19, new United States President Joe Biden signed a series of executive orders a day after Inauguration Day.

The ten measures would allow the country to speed up the vaccination process, multiply the number of tests and increase the production of essentials such as masks.

At the time of the announcement, Biden said that it would take months to defeat the pandemic that has devastated the United States, but that the nation would “get through this” if the people stood together. To date, the US is the worst-hit country by COVID-19, recording more than 406,000 deaths and around 24.5 million infected people, as reported by Johns Hopkins University.

Rather than relying on states, the policy focuses on a national strategy to decide how to deal with the pandemic.

Biden also explained that the “bold practical steps” he was taking would not come cheaply and that things would continue to get worse before they get better, adding that he expected the death toll to exceed half a million in February.

“This is a wartime undertaking,” he said, mentioning again that the number of Americans who have died during the pandemic is greater than in the entire Second World War.

Biden spoke about the vaccine saying that its rollout had been a regrettable failure so far. He also described his plan to distribute 100 million shots in his first 100 days in office, claiming that it would be “one of the greatest operational challenges our nation has ever taken on.”

The 46th President of the United States also promised to allow scientists to work without political interference.

Later, Chief Medical Advisor Anthony Fauci said the new administration was amplifying the vaccination program that was already there. However, he said his main concern was persuading skeptical people to get the vaccine.

The plan that Biden unveiled also aims at reopening most schools safely within 100 days.

Vaccination centers are also expected to be established in stadiums and community facilities. Besides, international travelers must test negative for COVID-10 before departing for the United States and undergo 14-day quarantine upon arrival under the new executive orders.

The use of masks will be mandatory on federal government property, airports, airplanes, trains, and buses.

Moreover, one of the orders will also approve more funding for state and local officials to address the pandemic effectively.

“The American people deserve an urgent, robust, and professional response to the growing public health and economic crisis caused by the coronavirus (Covid-19) outbreak,” reads an introduction to the seven-point plan that the Biden-Harris administration earlier unveiled.

According to it, Biden believes that the government “must act swiftly and aggressively to help protect and support” the most vulnerable and essential workers.