US Urges Americans To Leave Ukraine Amid Invasion Threats 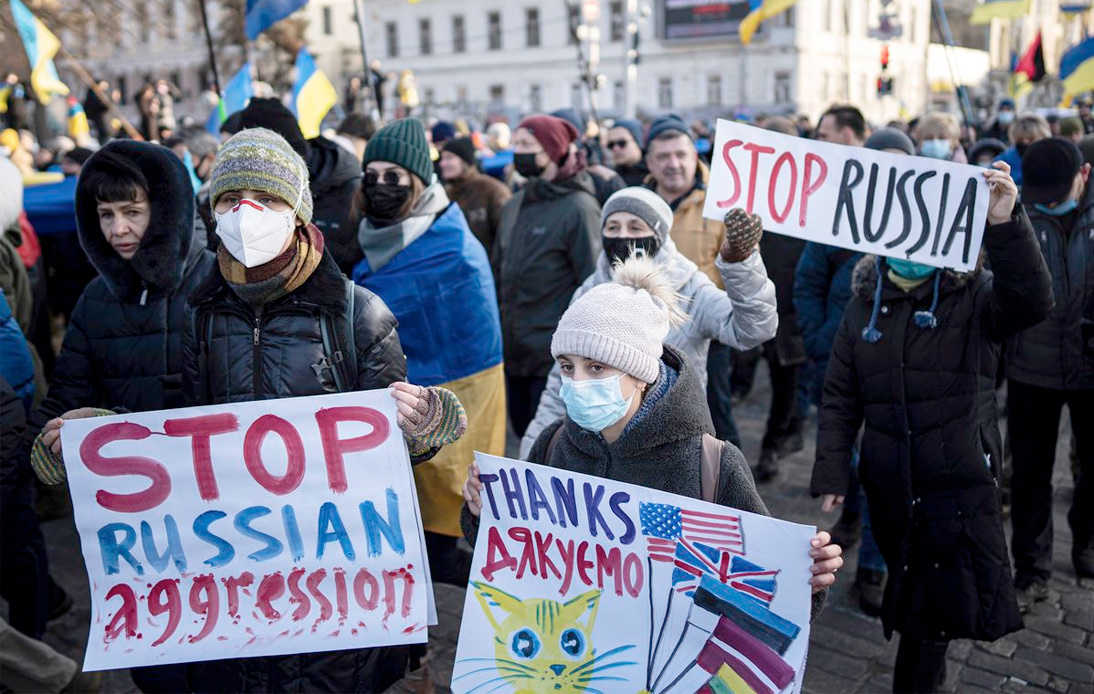 US President Joe Biden has urged US citizens in Ukraine to leave the country immediately over fears of an invasion by Russian forces.

“American citizens should leave now. We’re dealing with one of the largest armies in the world. It’s a very different situation, and things could go crazy quickly,” Mr. Biden said.

While Russian President Vladimir Putin has denied plans to attack Ukraine, his government has deployed more than 100,000 troops near the border and has begun massive military exercises with neighboring Belarus.

Also, Russia has vowed to enforce “red lines” to prevent Ukraine from joining NATO, and its former Soviet neighbor claimed the Kremlin had blocked its access to the sea, as Russian forces reportedly cut off the Black Sea and the Sea of Azov.

The US president said there was no scenario to do so, adding: “That’s a world war when Americans and Russia start shooting at one another. We’re in a very different world than we’ve ever been.”

On Friday, US Secretary of State Antony Blinken stated that an invasion could happen at any time. “And, to be clear, that includes during the Olympics,” he said, referring to the Beijing Winter Olympics that are scheduled to end on February 20.

But US officials have repeatedly said they continue to make efforts to curb the crisis over Ukraine and find a diplomatic solution.

Japan, South Korea, and the Netherlands have also asked their citizens to leave Ukraine immediately. Latvia issued a warning, citing “a serious threat to security posed by Russia.”

UK Defense Secretary Ben Wallace, currently in the Russian capital Moscow, echoed warnings from Western analysts that the Kremlin has amassed over 130,000 troops on the Ukraine border and said an invasion could begin “at any time.”