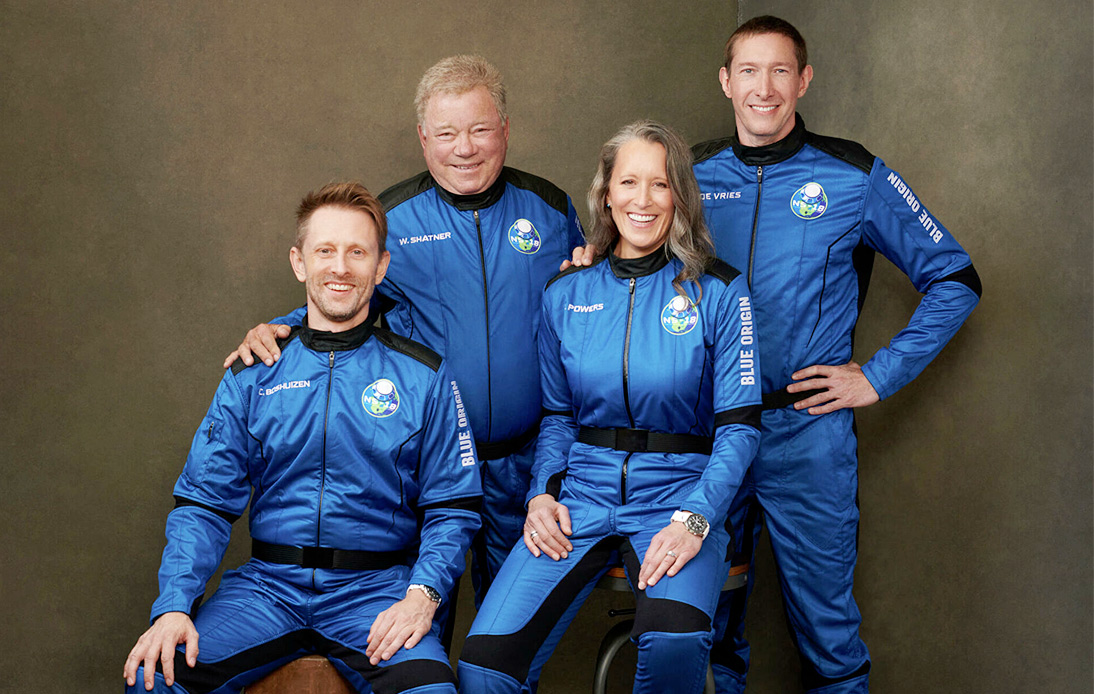 Hollywood star William Shatner has completed his first real trip off Earth, becoming the oldest person to go into space after taking off aboard Blue Origin’s suborbital capsule.

The 90-year-old Star Trek actor, known for playing Captain James T Kirk in the franchise’s movies and series, took off on a Blue Origin New Shepard rocket from Texas west desert with three other people around 9: 50 am local time on Wednesday.

Shortly after its takeoff, the spacecraft’s capsule separated from the booster and headed into suborbital space, allowing the crew to enjoy some minutes of weightlessness at a maximum altitude of 100 km (60 miles) and an unforgettable view of Earth.

As he descended, the iconic actor was heard exclaiming: “That was unlike anything they described… That’s unlike everything you’ll ever see or ever feel again.”

Bezos, Blue Origin’s founder, greeted the crew as they exited the capsule. In tears, Shatner thanked him, describing the trip into space as “unbelievable” and “the most profound experience.”

“What you have given me is the most profound experience. I’m so filled with emotion about what just happened. I hope I never recover from this. I hope I can retain what I feel now. I don’t want to lose it,” he said.

Shatner also stated that “everyone in the world” needed to take a trip into space.

The New Shepard rocket and capsule system is fully automatic, but the crew spent a couple of days training before flying into space.

After a parachute-assisted safe landing, Bezos and his ground teams opened the hatch to check that all people inside were safe. They later lined up to receive Blue Origin astronaut pins.