Zelensky Makes First Appearance Outside Kyiv Since Start of War 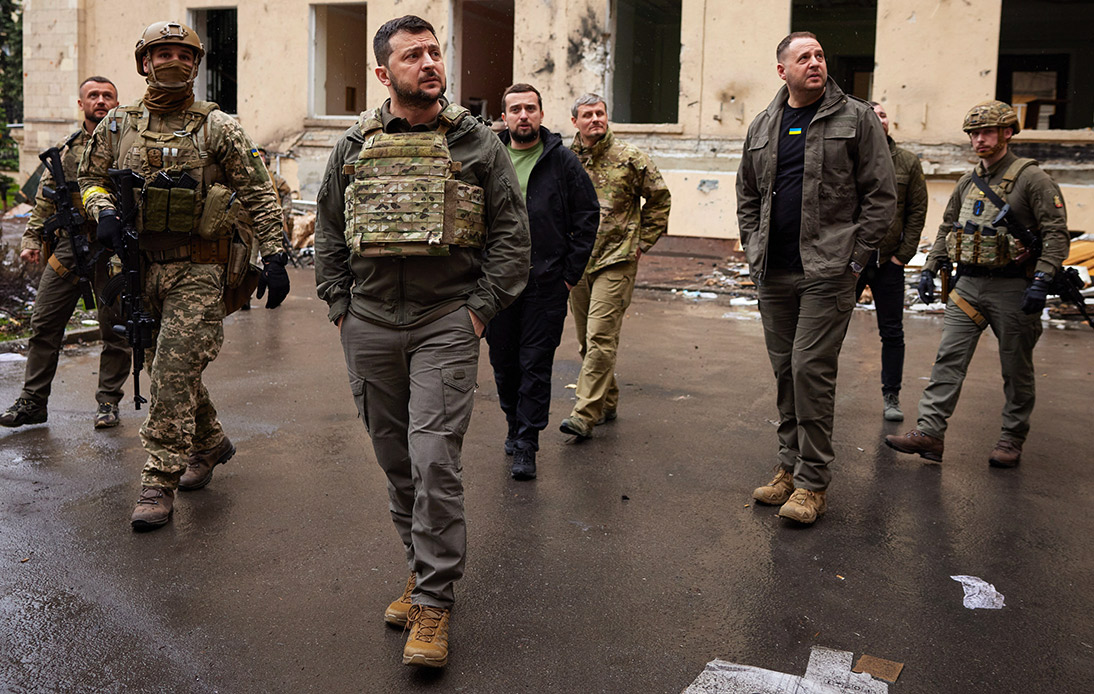 Ukrainian President Volodymyr Zelensky made his first official appearance outside Kyiv since Russia invaded his country when he visited the northeastern Kharkiv region’s front line on Sunday.

Zelensky handed out commendations and gifts to soldiers and regional officials who have risked their lives to defend Ukraine, he said in a video address posted on the president’s official website.

“You risk your lives for us all and for our country,” he told soldiers.

However, the Ukrainian president revealed that he had fired the regional head of the SBU, the country’s main security agency, citing poor performance. He also said SBUS’s head “did not work to defend the city from the first days of the full-scale war but thought only of himself personally.”

Zelensky added that local police had launched an investigation to determine the motives behind SBU’s response to Russia’s invasion of Ukraine.

Also, Zelensky’s chief of staff, Andriy Yermak, shared a message via Telegram saying that the Ukrainian president had visited some presidential buildings that the Russian attacks had destroyed.

According to regional governor Oleh Syniehubov, over 2,000 apartment buildings have been destroyed since Russia invaded Ukraine on February 24.

Local and international media reported that loud explosions had been heard in Kharkiv, 31% occupied by Russia, after Zelensky visited the region. Footage also showed a large plume of dark smoke rising northeast of the city center.

Ukrainian journalists and international reporters say that Kharkiv has come under renewed shelling by Russia after a weeks-long lull.

The eastern region of Ukraine, on the other hand, saw the conflict escalate. In Severodonetsk, troops from both countries fought in close-quarter combat while Russia shelled the city to help its army gain strategic positions.

Zelensky said that 100% of Severodonetsk’s critical infrastructure had been destroyed, two-thirds of local housing had been ruined, and 90% of buildings had been damaged by Russian artillery.

The fighting also left the city without electricity or mobile phone services. Moreover, a humanitarian relief center had to stop its operations due to the danger in Severodonetsk, located 143 km south of the Russian border.

Moscow has also ordered its troops to advance to reclaim nearby Lysychansk after civilians from Severodonetsk moved there to escape the Russian bombing.