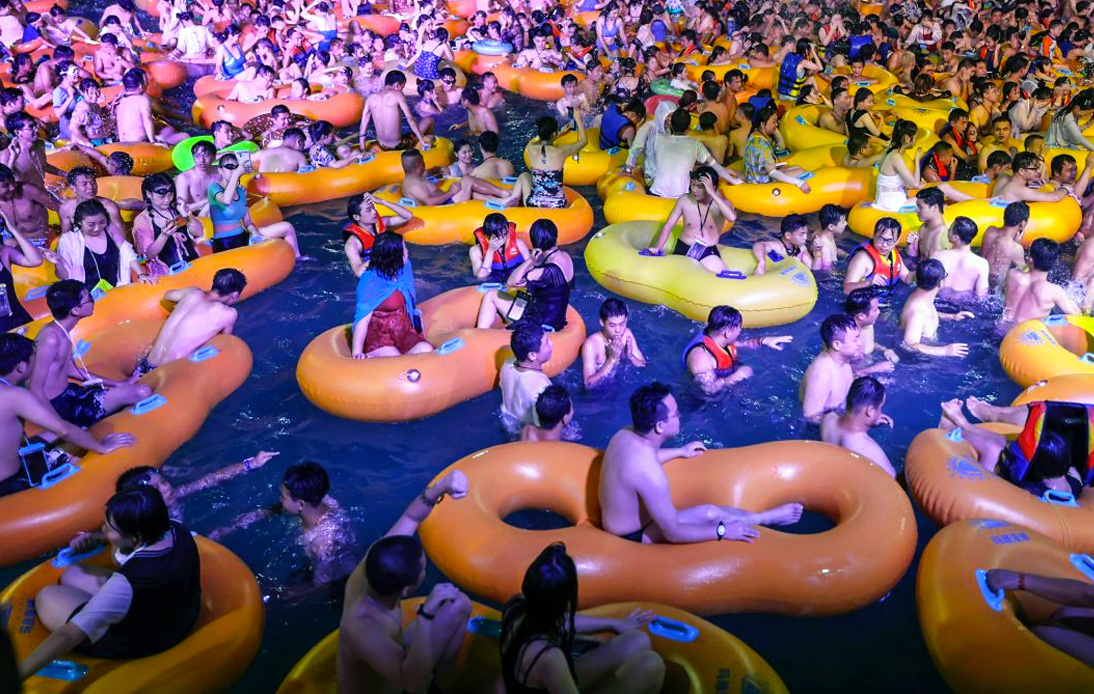 Wuhan, the Chinese city where the coronavirus pandemic began, seems to now be free of the virus after the enforcement of a strict lockdown.

They danced to the beats, wore swimsuits, and enjoyed swimming in hip-high water, while others sought the support of inflatable rubber tubes to relax in the pools.

This comes as most of the countries continue to witness a high number of new COVID-19 cases each day. Over 21 million people across the globe have contracted the virus and the US, Brazil, and India continue to report tens of thousands of cases every day.

However, Wuhan has returned to its normal lifestyle after the easing of restrictions in Hubei province in early April. Since mid-May, the city hasn’t reported any new cases.

Although the Wuhan Maya Beach Water Park reopened in June, crowds did not flock to the park due to seasonal rain. Even in August, the number of visitors is only half the number witnessed last year during the same period, according to Hubei Daily, a provincial Communist Party mouthpiece newspaper.

Right now, some visitors are enjoying 50% discounts on tickets and the park is hosting about 15,000 daily visitors during weekends.

The virus was first identified in Wuhan in December 2019 and the number of infections in the city accounts for almost 60% of the total number of cases reported in China, which is over 84,000, according to statistics from the country’s National Health Commission and Hubei Provincial Health Commission.

Almost immediately after the outbreak, a state-imposed lockdown was announced in the city on January 23 to curb the spread of the virus. All forms of public transport were cancelled and entrances to highways were blocked in the city. Citizens were not allowed to leave their homes even for grocery shopping.

Gradually, other cities in Hubei province were also subjected to similar restrictions.

These measures are credited for quickly containing the spread of the virus in the most populous country. On March 10, Chinese President Xi Jinping after the state was confident that the virus has been wiped out.

However, in mid-May, a mini-outbreak was identified, with six new cases being reported in Wuhan. The authorities proactively conducted over 6.5 million tests in nine days to prevent a second wave of the pandemic.