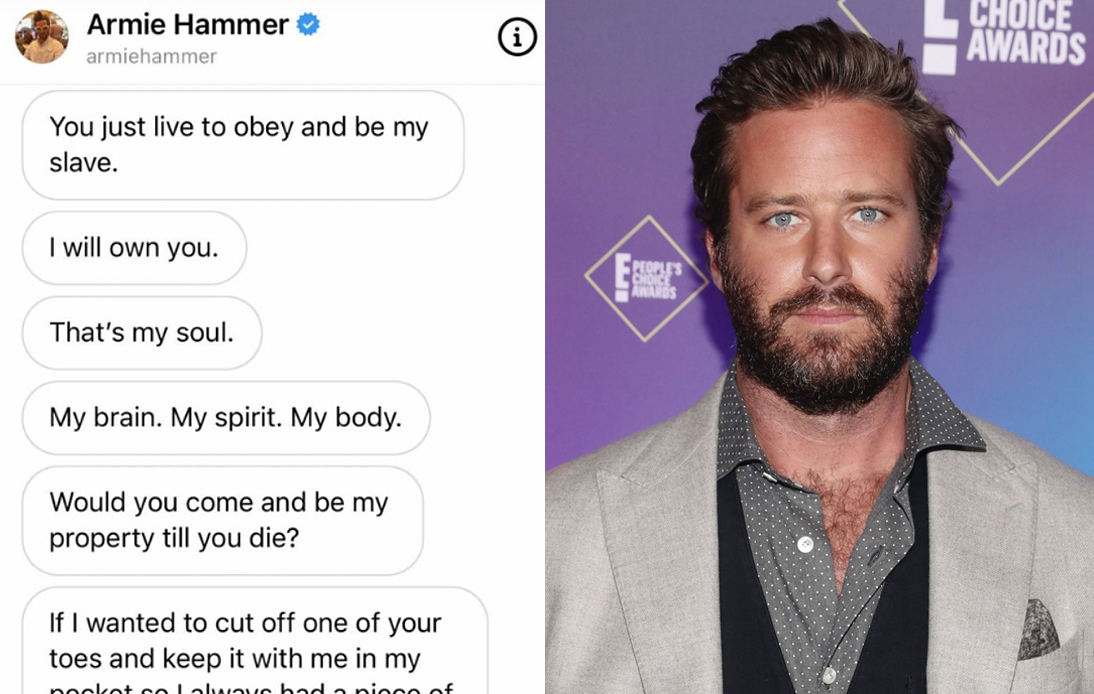 American actor Armie Hammer announced that he would be pulling out of the movie Shotgun Wedding after facing what he described as “vicious and spurious online attacks against me.”

The star was set to appear in the action-comedy film alongside Jennifer Lopez.

However, as he has pulled out of the film, his role must be recast. The announcement came after private messages Hammer allegedly sent were leaked and went viral on social media.

In a statement, the 34-year-old actor rejected those messages and the way they were circulating online.

He also said that the attacks he subsequently received did not allow him to stay away from his children for months while filming. According to Deadline and Variety, he declared: “I’m not responding to these [false] claims, but in light of the vicious and spurious online attacks against me, I cannot in good conscience now leave my children for four months to shoot a film in the Dominican Republic.”

The actor has two children aged six and three with Elizabeth Chambers, a television host, but the couple split in summer last year.

Shortly after that, he announced that he would not participate in the film.

However, the Call Me By Your Name actor said the Lionsgate film studio “is supporting me in this, and I’m grateful to them for that.” Likewise, a spokesman for the movie Shotgun Wedding said the producers had accepted his decision.

“Given the imminent start date of Shotgun Wedding, Armie has requested to step away from the film, and we support him in his decision,” they said.

Meanwhile, a source told The Sun that Jennifer Lopez, one of the film’s producers, was considering dropping Hammer from the project, adding: “Jennifer is very concerned about the movie now these stories have come out.”

“There have been a lot of phone calls and meetings about if they can still make the movie with Armie as the romantic lead,” the source went on.

“She’s a producer on the movie – does she want to act with him and pretend to be in love with someone who’s been accused of texting those things?” the source stated.

Armand Douglas Hammer is Armie Hammer’s real name. He is an American actor who has gained popularity after playing successful roles as the Winklevoss twins from the biographical drama The Social Network in 2010.

Hammer was also part of the acclaimed drama Call Me By Your Name, in which he appeared alongside Timothée Chalamet in 2017.