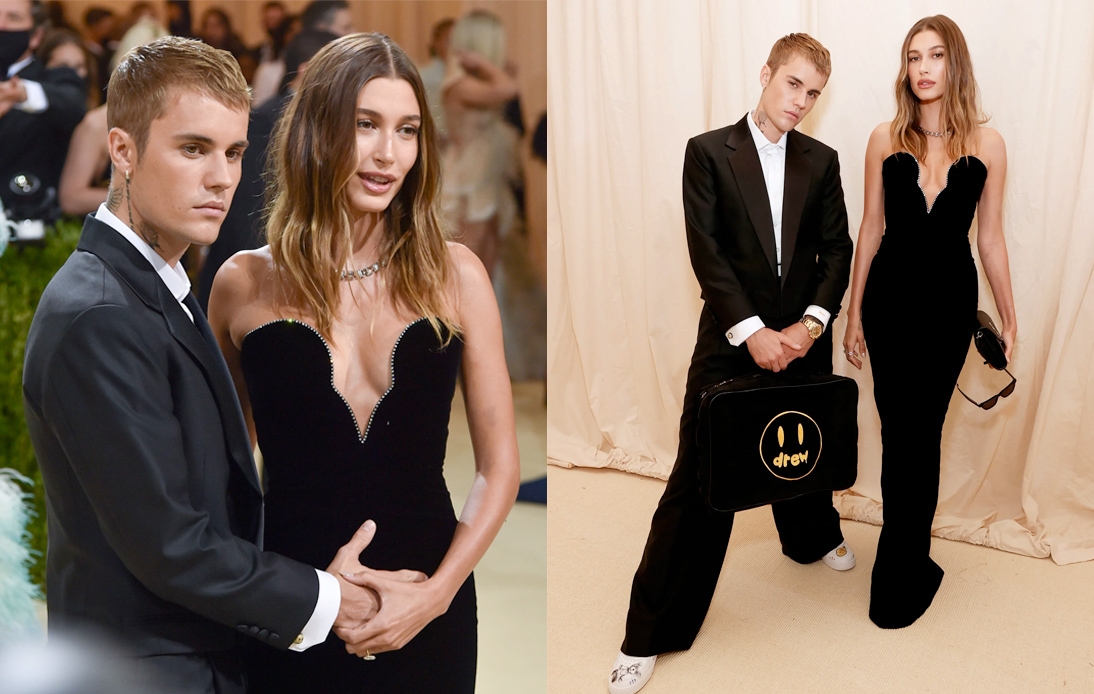 Justin Bieber has sparked rumors that his wife, Hailey Bieber, is expecting their first baby.

The pregnancy reports came after the 27-year-old singer tenderly touched Hailey’s stomach during the Met Gala. His wife, 24, was seen quickly pushing Bieber’s hand away as she appeared to ask him to avoid doing so as they posed for photos.

The model wore a strapless plunging black dress to the event, and her husband was spotted glazing at her with admiration throughout the night.

But their fans paid attention to other actions. On Tuesday, when the couple celebrated their third wedding anniversary, Twitter users commented on the young celebrities’ interaction the day before.

“Hailey Bieber when Justin put his hands on her belly you can tell she said it’s gonna look like I’m pregnant LMAOOO,” one user wrote.

“I’m not saying that Hailey is pregnant but did Justin just … omg hahhaa,” another person tweeted.

However, some users suggested that the model only asked her husband to move his hand away from her abdomen to ensure photographers captured a good photo. Others said she was probably trying to prevent people from suggesting she was pregnant.

It was not the first time that Hailey “scolds” Justin for sparking pregnancy rumors. Over the summer, she asked Bieber to change the caption of a picture he posted on Instagram, which read “mom and dad.”

The model, née Baldwin, commented on his post, writing: “I think you should maybe change this caption to *Dog Mom and Dad* before anyone gets it twisted.”

Previously, Hailey suggested that they didn’t expect to grow their family for some time. Speaking to Vogue Arabia, she stated she loved children and couldn’t wait to have her own but added: “I would say that now, that’s a closer reality, but definitely not anytime soon.”

Justin, who has shown his fatherly side to his younger siblings, seems to be on the same page as his wife.

In a past post, he wrote: “Love dates with you, baby… One day, I’ll be doing daddy-daughter dates… Not hinting at anything soon, I’m not in a rush. I just wanna enjoy you by yourself for a while.”

The couple has not responded to media comment requests yet.