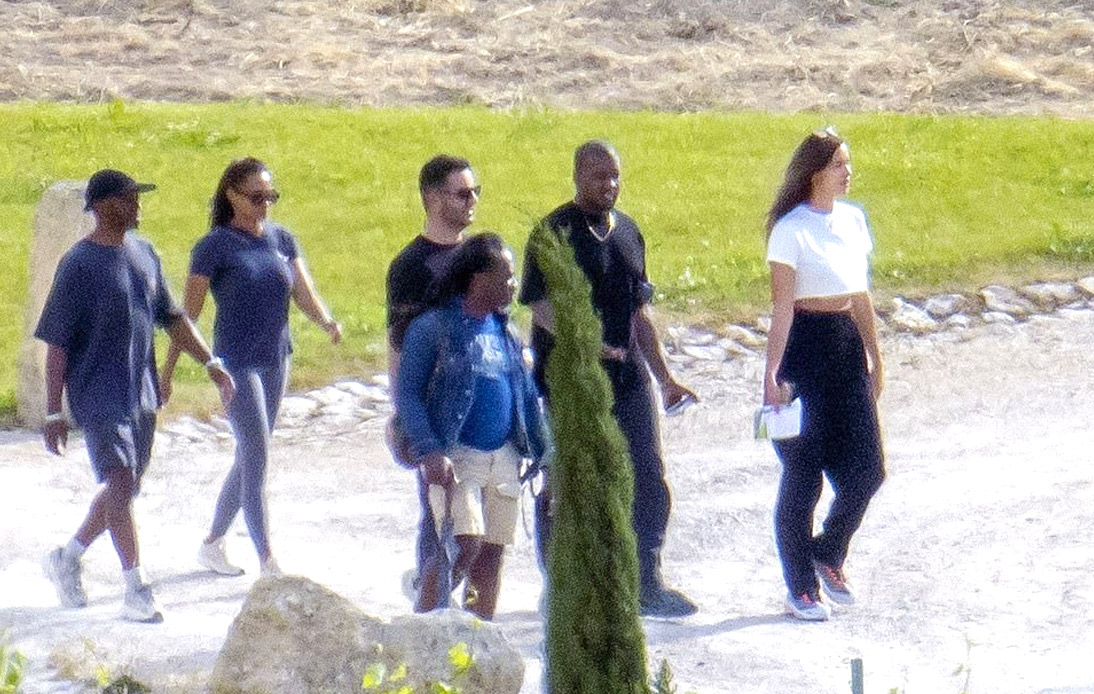 Famous rapper Kanye West and model Irina Shayk were spotted together in France, confirming heated rumors of a new romance amid his divorce from Kim Kardashian.

They have reportedly stayed together at a 600-acre luxury boutique hotel called Villa La Coste. Rumors about their relationship began late last month, with claims that Kanye was secretly dating Irina, who shares a daughter with actor Bradley Cooper.

But the pair were first seen together on Tuesday, which was also the musician’s 44th birthday.

The pictures showed West and Shayk, who seemed to be very comfortable around one another, enjoying a getaway surrounded by the beautiful idyllic countryside as Kanye stopped to take photos of Irina. According to DailyMail.com, they arrived at the hotel on Sunday and stayed three nights before leaving at noon on Wednesday.

The billionaire rapper is believed to have rented a luxury space, which remained closed to the public during their stay.

On Wednesday, Kanye and Irina were also seen taking photos next to the Giant Crouching Spider sculpture by Louise Bourgeois at the Château La Coste Art Centre. West had proven that France is one of his favorite destinations, as he spent extensive time there with his ex-wife after having whisked her off to Paris when they started dating in 2012.

The reality TV star and businesswoman sat in the front row at Kanye West’s runway show during Paris Fashion Week in March 2012, amplifying the buzz around their relationship.

Then, before their lavish wedding in Florence, Italy, the couple had an extravagant pre-nuptial party at the Palace of Versailles in Paris in 2014. Kim and Kanye’s divorce has been controversial, but the socialite posted a tribute to him on social networks on Wednesday, writing: “Happy Birthday. Love U for life!”

The rapper and the Russian-born beauty are no strangers to each other, as they have been linked for over a decade.

In 2010, she appeared in West’s Heaven-inspired music video Power, where she played an angel. Two years later, Shayk was on the runway for West’s Fall/Winter fashion collection at Paris Fashion Week.