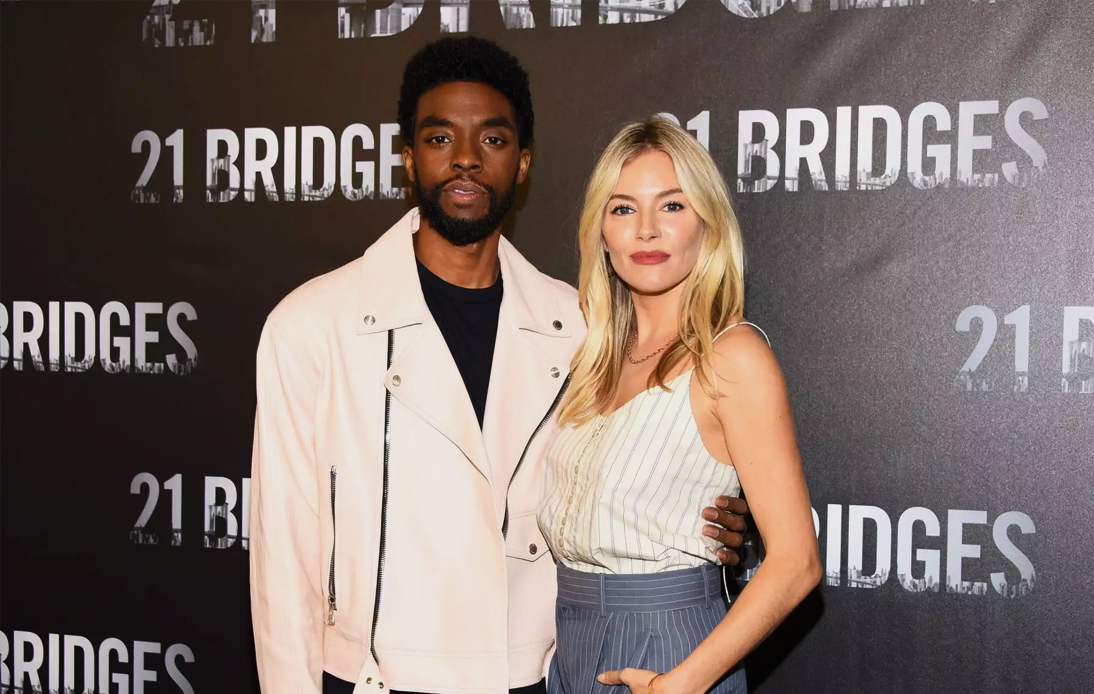 After Chadwick Boseman’s death, Sienna Miller has praised the actor for donating part of his salary at 21 Bridges to increase the actress pay packet for her participation in that film.

Miller told Empire that all workers in Hollywood are aware of the wage disparity within the industry. However, she asked for a number that she knew the company would not reach.

In response to this request, Chadwick Boseman ended up donating part of his salary to bring the actress to the number she had requested.

Concerning this, Miller added: “He (Boseman) said that that was what I deserved to be paid.”

Boseman, the Black Panther star who died of cancer a few weeks ago, was also one of the film’s producers. He had sought out Miller to play the role of Frankie Burns.

Miller commented that it was exciting to work with Boseman because he was a fan of her work, and this was reciprocated.

“So, he approached me to do it, he offered me this film, and it was at a time when I didn’t want to work anymore. I’d been working non-stop and I was exhausted, but then I wanted to work with him.” expressed the actress.

Besides, Miller said that, since she was hesitant to return to work and her daughter was starting school, she considered it an inconvenient time to return to the big screen. However, she said: ‘I’ll do it if I’m compensated in the right way.’

Miller also expressed that Boseman’s action was unheard of in the film industry, and that their work together was the most amazing thing she has ever experienced.

The actress highlighted Boseman’s personality, claiming that it is not possible to imagine that a man in that city would behave with such kindness and respect as the actor did. “That kind of thing just doesn’t happen. He said: ‘You’re getting paid what you deserve, and what you’re worth.'” Miller said.

“Of course I’ll get you to that number, because that’s what you should be paid.” were Boseman’s words.

Likewise, Miller said that she told other male friends that stories, and they all got very quiet, and went home. According to the actress, after this, they will probably have to sit and think things over for a while.

Miller stated that, at first, she didn’t feel very confident about telling the story. However, she later decided to do it because she believes that this act is a testament to who Chadwick Boseman was.

The full interview appears in a special commemorative issue of Empire Magazine.