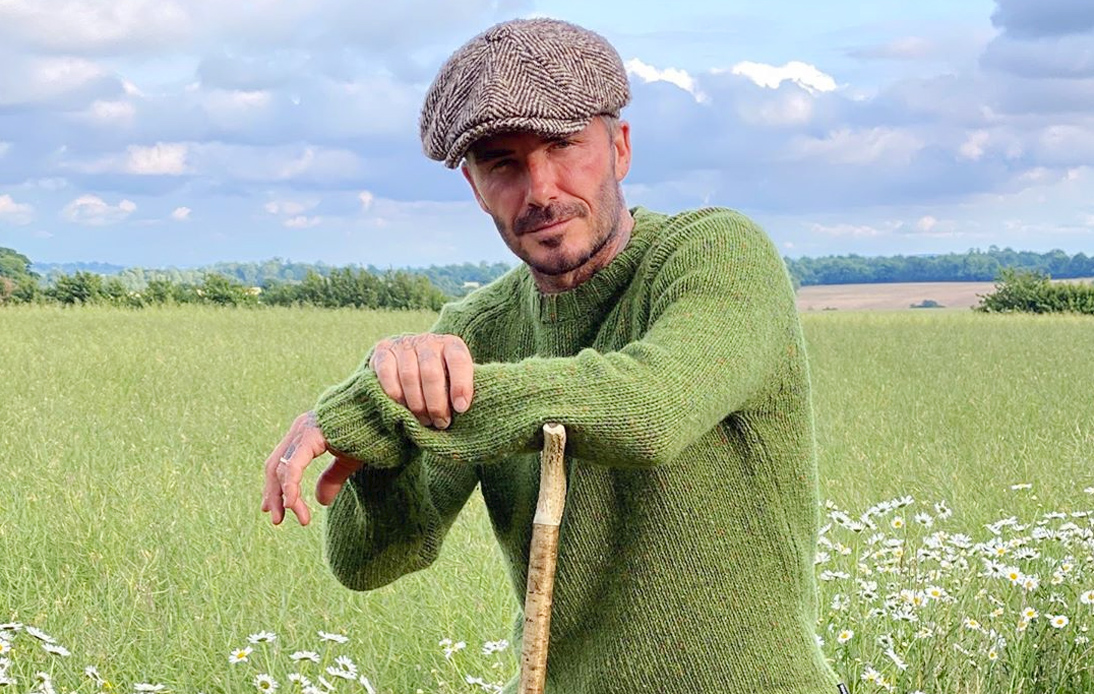 David Beckham will never make a fashion faux pas as long as he follows his wife Victoria Beckham’s fashion advice. This was substantiated by the footballer’s recent Instagram post of a picture of him dressed like a farmer.

In the picture, Beckham can be seen donning a functional attire that can put fashion bloggers to shame. The former Manchester United and Real Madrid midfielder sported a casual green jumper along with dark wash jeans, and a tweed cap. He was also carrying a walking stick.

In the Instagram caption, Beckham mocked his pose. “Not sure what my pinky is doing but lovely walk anyway 😄” he wrote.

Giving credit where it’s due, the retired soccer star had written: “Oh and just another cardi but this one was a winner with @victoriabeckham.”

Victoria commented on the same post, disclosing that cardigans are Beckham’s go-to garments. She wrote, “Another day, another cardigan.”

Just a few days ago, David posted a very similar picture on another hike but wearing different clothes. Referring to his patterned cardigan, he had written: “Gorgeous day @victoriabeckham not a massive fan of my cardi but personally I think it’s a good look 😎.”

This weekend, the high-profile couple will be celebrating their 21st wedding anniversary. Victoria has even sought fashion advice from her Instagram fans, asking them what she should wear for the big event. This question was posted as a caption to a mirror selfie of the fashion designer, in which she was wearing an ivory pantsuit and a blouse of the same colour, with a pendant necklace and a statement belt.

“It’s me and @davidbeckham’s 21st wedding anniversary this weekend so I’m getting ready for date night! What do you think I should wear? x vb,” she wrote.

The famous couple got married on July 4, 1999, at Luttrellstown Castle in Ireland. Their son Brooklyn Beckham was only four months old then and acted as a ring bearer.