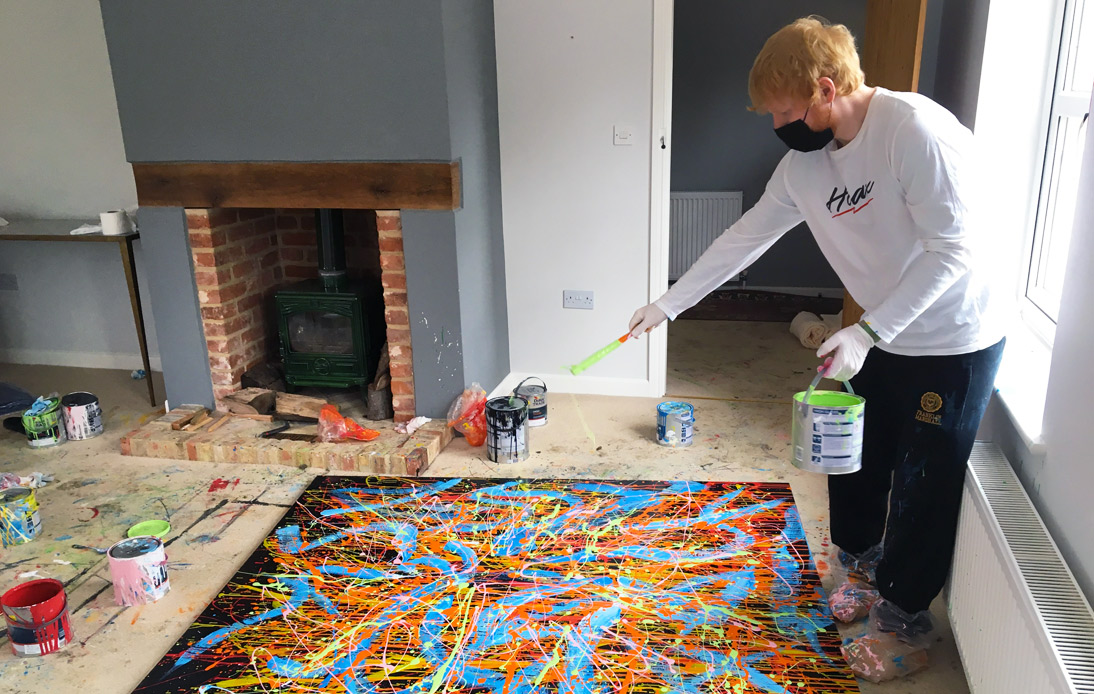 Ed Sheeran’s memorabilia has raised over £400,000 (THB 16 million) in a charity auction.The funds will be used to support children and youth with disabilities and life-limiting illnesses.

More than 220 collectibles are being auctioned off as a part of Ed Sheeran: Made in Suffolk legacy auction.

GeeWizz, Gina Long’s charitable organisation, said the response to the initiative was remarkable.

The ‘Dab 2’ painting was created solely with house paints. It was also the only artwork that the singer put on sale to the public.

The handwritten lyrics for Perfect, dedicated to his wife Cherry, were also successfully auctioned off. This lot raised £23,500 (THB 943,000).

All of the proceeds will go to the GeeWizz children’s charity, founded by Ms. Long, and to Zest, which is part of the St. Elizabeth Hospice in Ipswich, Suffolk.

“Seeing the huge amount we have raised fills all of us on the auction team with joy, knowing our wonderful legacy projects can now become a reality,” said Ms. Long.

“It is literally going to change many lives for the better: that has to be the greatest gift of all,” she added.

The auction ended on Sunday, as did the Ed Sheeran: Made in Suffolk exhibition at Christchurch Mansion in Ipswich, which told the story of his rise to global stardom.

The events were organized with the help of Ed Sheeran’s parents.

His father, John, said that the total raised was far beyond their expectations.

He also recalled that proceeds from the auction would support children and young adults in Suffolk, where Sheeran resides.

“We are so pleased that it will create important lasting legacies to improve the quality of care and wellbeing for children and young adults across Suffolk and beyond,” John Sheeran said.