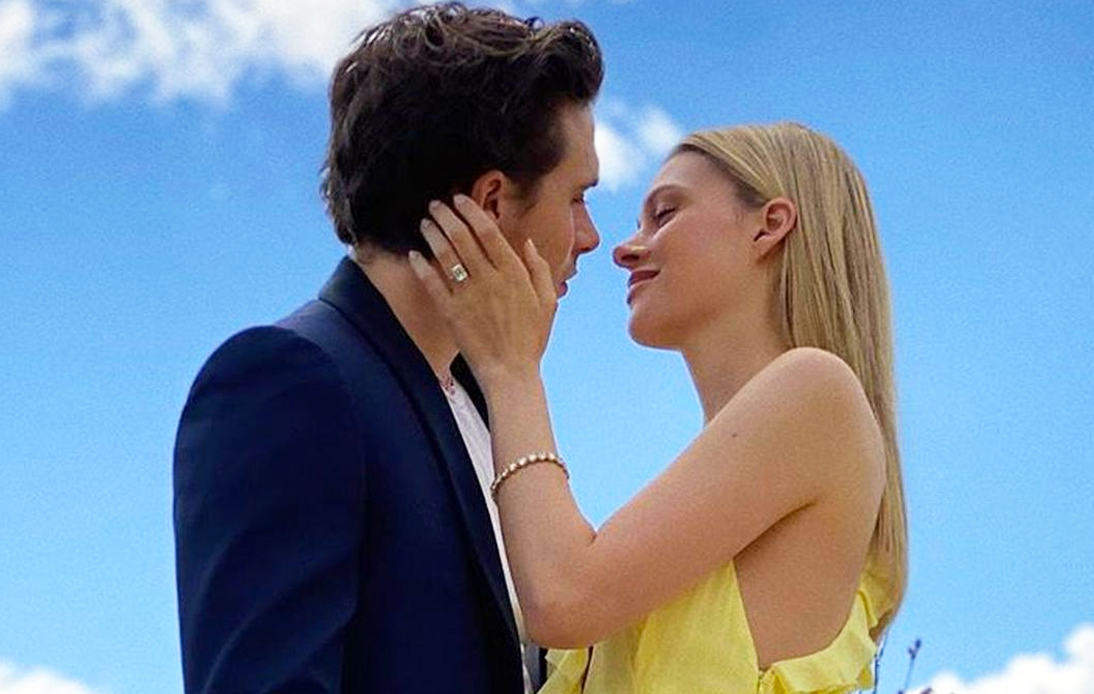 According to sources, the photographer has confided in his friends that he got engaged to Nicola and this news is already known to those close to the Beckham family.

Moreover, insiders have divulged that both David and Victoria Beckham are elated with the pairing and have given their blessings for the engagement and the subsequent wedding.

The source also stated that: ‘Brooklyn has been telling his friends in LA that he and Nicola are engaged. It’s common knowledge among their group of friends. They are smitten.’

‘It’s a very exciting time for the whole family and after a few previous rocky relationships, they think Brooklyn has landed on his feet.’

The family has not addressed or acknowledged the alleged engagement.

The couple has been dating for close to nine months. Brooklyn’s previous girlfriends include actress Chloe Moretz and model Hana Cross.

The young couple has been quite vocal about their love on social media, with both of them putting up many pictures together. The couple has been living together for the past four months and they are both isolating at Brooklyn’s place in New York.

According to the source, they are both quite excited about this escalation of their relationship status. They also added that both David and Victoria have accepted the relationship and have expressed their liking for Nicola.

The family seemed to have approved this pairing since the get-go, as the couple have often flown to the UK to spend time with the Beckhams since Brooklyn’s move to the US.

Earlier, Nicola dated model Anwar Hadid- the youngest of the Hadid siblings. They allegedly dated for a year before parting ways in May 2018.

The young couple seems to be very much in love every time they make a public appearance and just last month, they were spotted wearing Victoria’s charity T-shirts to mark Pride Month.

Nicola shared a steamy picture of the duo on Instagram earlier this year, stating that they will stay together forever.