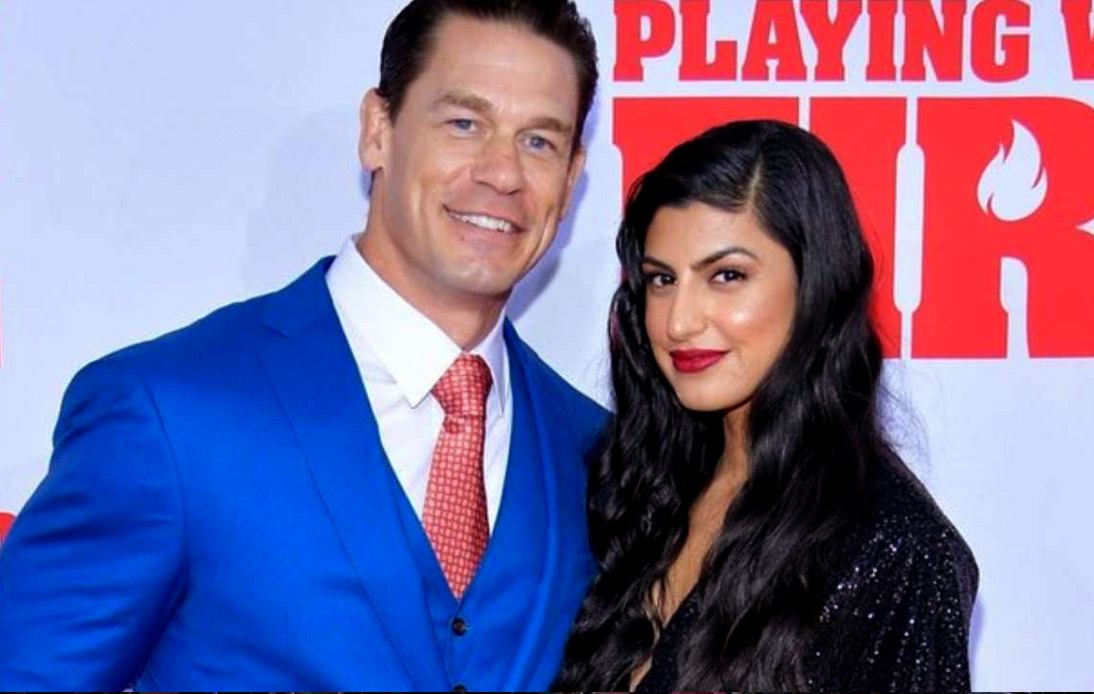 The actor and professional wrestler, John Cena, married his girlfriend Shay Shariatzadeh on Monday at a lawyer’s office in Tampa, Florida, as shown on their marriage certificate.

According to the document, the couple who have been linked since March last year, obtained a marriage license.

Cena is 43 years old, and Shariatzadeh is 30 years old.

In early 2020, both made their second red carpet appearance together at the Dolittle premiere. The couple was photographed sharing a kiss on the lips during the outing. Besides, Cena referred to Shay as “his family” while speaking with reporters present at the scene.

In this sense, the WWE star said: “It’s a family movie, and it’s a wonderful occasion to celebrate with family.”

Previously, Cena told Entertainment Tonight that he had met Shay Shariatzadeh on the filming set of Playing With Fire. Furthermore, he commented in October of last year that it had been a wonderful day for a movie premiere and that he got a beautiful date.

He also said: “What’s truly special about this one is that, no matter what projects I’m involved in the future, this one will always have a special meaning because I got to film a special project and meet someone special.”

Shay Shariatzadeh is a project manager for technology company Avigilon. Moreover, she is the first woman with whom John Cena has been linked after his split from Nikki Bella in 2018.

In March of last year, they were seen holding hands in Vancouver. Paparazzi then photographed them kissing the following month at the airport.

Cena was in a relationship with Nikki Bella, a 36-year-old professional wrestler, for a long time. However, they ended their engagement just weeks before their wedding day.

According to their declarations and a statement released at the time, it had been a difficult decision. Nevertheless, they stated that they would continue to have a lot of love and respect for each other.

The actor and professional wrestler was previously married to Elizabeth Huberdeau, known at the moment as Liz Cena. Huberdeau was Cena’s high school sweetheart, and they were married from 2009 to 2012.