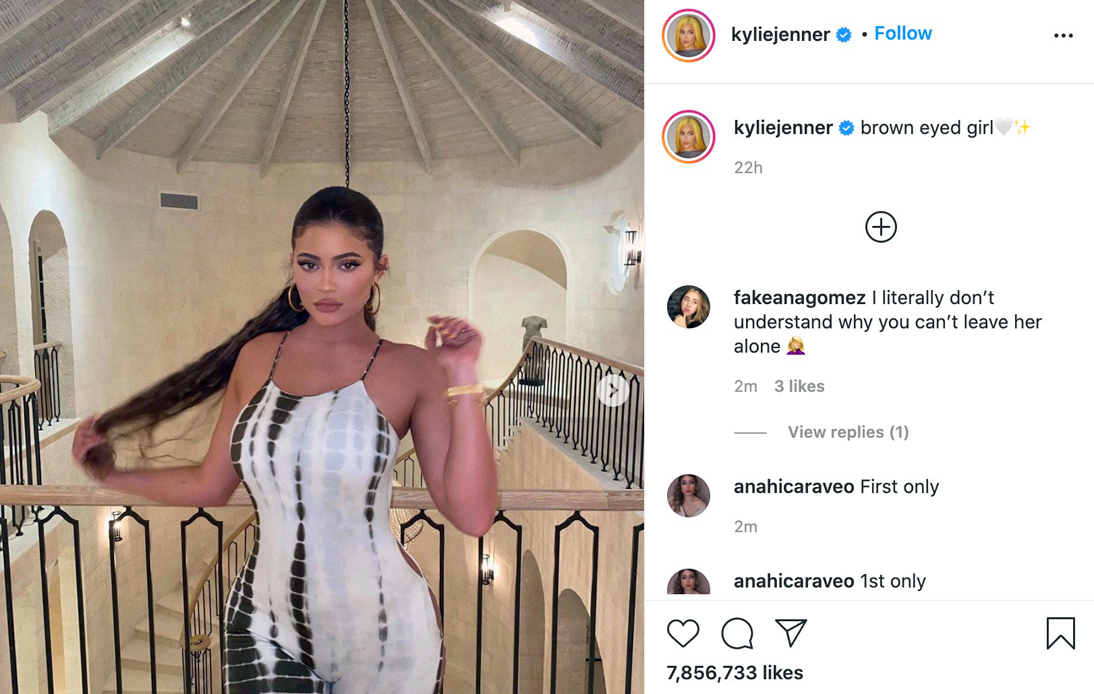 After netizens expressed their outrage over Kylie Jenner’s alleged caption on Instagram calling herself a ‘brown skinned girl,’ the popular model cleared the air stating that the picture that is doing the rounds is, in fact, Photoshopped.

The picture in question features Kylie herself, in a strappy, black and white catsuit, as she posed holding the end of her ponytail. Sure enough, the original post was first captioned with merely a heart emoji, following which, she edited it to read ‘brown eyed girl,’ followed by the heart emoji.

Kylie took to Instagram on Monday to clarify that she never wrote such a caption, in a string of Instagram stories.

She wrote: ‘Saw online someone photoshopped this photo I posted to change my caption from “brown eyed girl” to “brown skinned girl”. I never said this..’

She also posted a screenshot of a comment made by one of her followers reading, ‘I saw the photo as soon as it was posted and it said “brown eyed” why do people need to make drama out of everything and invent lies.[sic]’

She also shared the original post juxtaposed with the fake, Photoshopped post to set the record straight.

The track is in the Beyoncé album created for The Lion King and celebrates black and brown women across the globe.

This comes a few days after Kylie’s 23rd birthday when she expressed her gratitude towards her fans for their support through all these years.

She posted: ’23!!!! Thank you, God for another year. The blessings and the lessons.. i’m here for it all and so thankful for each and every one of you.’

She also posted a picture with her two-year-old daughter Stormi, with a birthday cake placed in front of them.

Her whole family, including Kendall, Kim and Khloe posted birthday messages on Instagram along with several family photos.