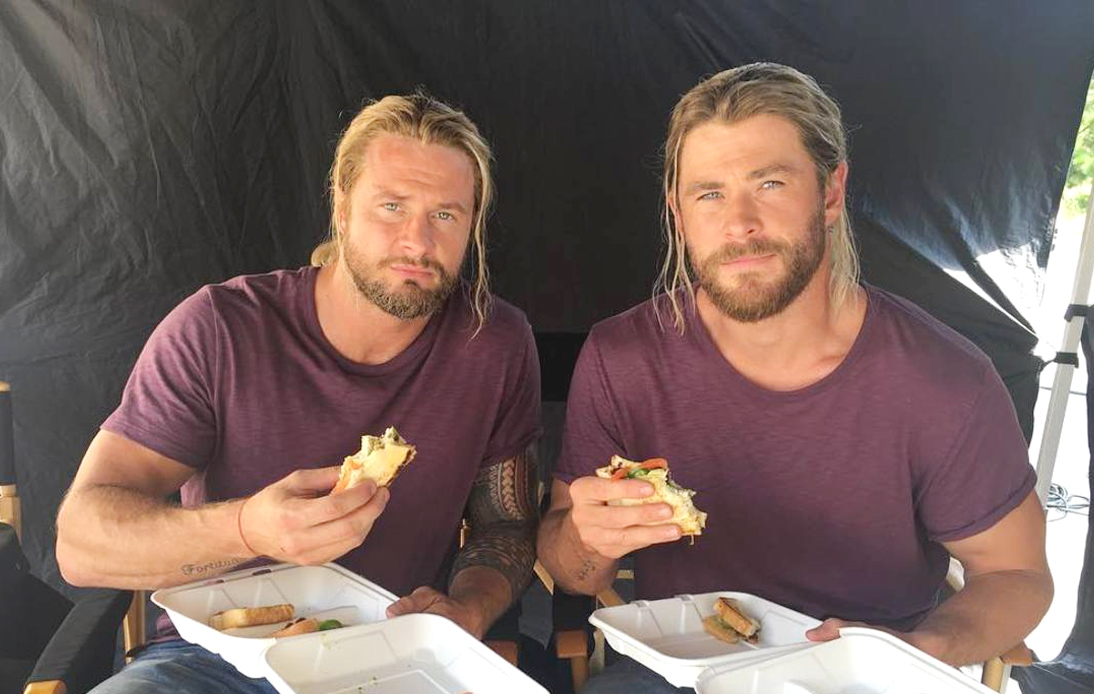 Both actors are currently filming the new movie “Thor: Love and Thunder” in Australia.

He admitted that he feels the pressure as Hemsworth works hard to increase his size and, in Hanton’s words, become the “biggest Thor he has ever been.”

Hanton on the morning radio show “Fitzy & Wippa” starting this week, saying that although Hemsworth may impress fans with his body transformation in the upcoming Marvel movie, the behind-the-scenes process was exhausting, adding: “Everyone is like, ‘Wow, look at the size and him,’ but I’m like yes, brilliant, now I have to put on that size as well. I text him; I’m like, ‘Thanks very much, dude; this is going to be even harder this time!”

The 33-year-old, who first teamed up with Chris in 2013 for the filming of Thor: The Dark World, also said that he found no pleasure in eating because it has become “full on.”

“Every two hours, we’re eating. It’s become a chore. I don’t enjoy eating at all every two hours,” he told the hosts, adding that Hemsworth remained “fit as a fiddle,” even though diet and training were challenging.

“I find carrying around the extra weight is difficult and hard to maintain on the ligaments,” he stated. “But he’s all good. Look at him; he’s a man mountain.”

Bobby Holland Hanton hails from Portsmouth in the UK. He has also doubled for other Hollywood actors, such as Ryan Reynolds, Channing Tatum, Jake Gyllenhaal, and Henry Cavill during his stunt career.

Some of his cinematographic milestones included Star Wars: Episode VII – The Force Awakens, Quantum of Solace, and Mission Impossible: Fallout.

Speaking about his work, Hanton said he had to undergo back surgery after acting as Hemsworth’s stuntman in the 2020 movie “Extraction.” For the said film, he had to recreate a 12-minute-long “one-shot” fight scene.

The actor also addressed his struggle to obtain health and life insurance, saying, “It’s not easy to get it.”