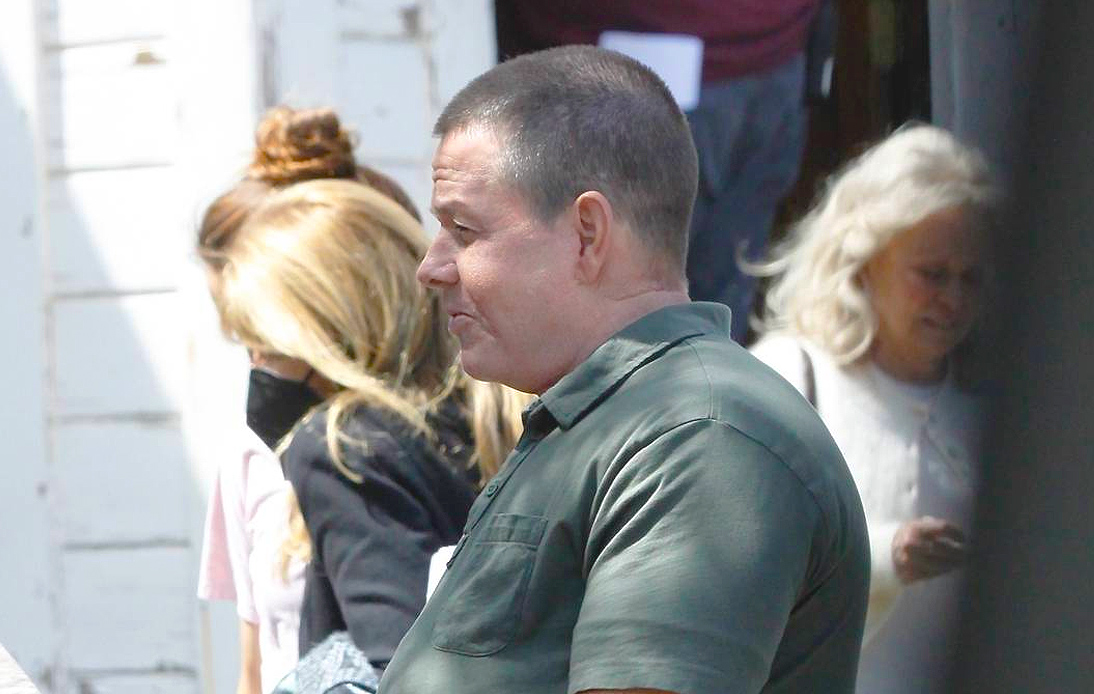 Mark Wahlberg gained 20 lbs in only three weeks to play a former heavyweight boxer in his new movie, and he looks unrecognizable.

The 49-year-old actor was recently spotted on the set of the movie Stu, which has been filming in Los Angeles, but fans probably didn’t recognize him. Wahlberg has transformed his body to portray a burly ex-boxer turned priest.

Besides working hard on his bigger-build body, Mark also shaved his head for the role.

Speaking of his new role on the talk show Jimmy Kimmel Live! last month, he said he was “playing a guy who was a fighter—he was many things.” Mark described the character as a wrestler who moved to Los Angeles to become an actor and added: “He fell in love with a girl, he had an accident, he had an outer-body spiritual experience, he decided to become a priest.”

“He died of a rare disease, IBM, but he had a big impact on a lot of people in a very short amount of time,” the actor stated.

The Transformers actor spoke about the gaining weight process for the film, saying, “After we do the boxing scenes, I get to put on as much weight as possible over the course of the film, so I’m challenging myself to put on 30 pounds in the next six weeks.”

“They want me to do it as healthy as possible. I’m like, ‘Dude, I’ve been on such a regimen for so long, I just want to eat everything in sight.’,” he added.

“I want to go to bakeries, I want to go to Denny’s, I want to get pancakes. I want to get everything that I could possibly get my hands on,” Mark went on. Images circulating in the media, evidencing his progress, showed him wearing a curve-hugging green polo shirt that he then covered with a patterned sweater while on set.

In early May, Wahlberg gave fans a glimpse of his transformation after sharing snapshots of his ripped abs in boxing shorts.

Next to that photo, he posted a shot of him lying on a bed after gaining weight. “From this 3 weeks ago, to this, now. Thanks to @chef_lawrence_d cooking,” the actor wrote on the pics’ caption.