One of the Best Ever: Hip Hop’s Super Bowl Half-Time Show 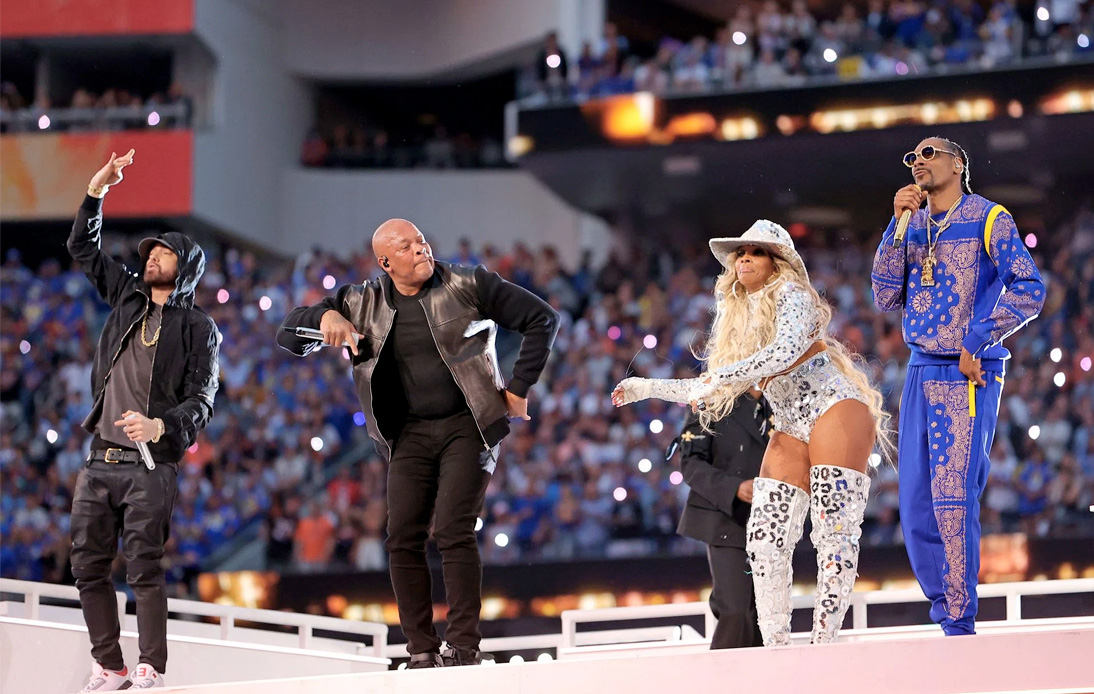 The Super Bowl halftime show finally allowed hip-hop stars to make history by taking center stage instead of serving up a sideshow, and it didn’t disappoint.

Critics and rap fans alike have praised the old-school rappers who made up the show’s dream lineup, saying the group has put on one of the best halftime shows in Super Bowl history.

Legendary industry figures Dr. Dre and Snoop Dogg opened the show with the hip hop classic hit “The Next Episode” as Anderson .Paak sustained the musical masterpiece on drums. The stars then thrilled the crowd with Tupac’s song “California Love.”

Iconic rapper 50 Cent made a surprise appearance at Los Angeles’ SoFi Stadium, performing his famous song “In Da Club” while hanging upside down from a pull-up bar just like in the music video for the 2009 classic.

The audience erupted into a loud ovation again when the Queen of Hip-Hop Soul, Mary J. Blige, appeared, driving rap fans crazy with her incredible voice as she sang her classics “No More Drama” and “Family Affair.”

Californian icon Kendrick Lamar, considered among the greatest rappers in modern history, delivered an impressive dance for his song “Alright.” It was the only explicitly political song on the show, although the line about “and we hate pop-po” was censored.

The volume inside SoFi Stadium almost exploded when Eminem took the stage to perform his smash hit “Lose Yourself.” The world-famous rapper was behind the event’s most significant dramatic moment: he kneeled on stage at the end of his song.

Eminem’s action was a clear message about racism and the Black Lives Matters movement amid the controversy over the NFL’s ban on Colin Kaepernick after he began taking a knee to protest racism and police brutality.

According to an NFL spokesman, players have been taking a knee without penalties since 2016 and musical talent would not be held to any different standard.

League officials knew Eminem would take a knee because they saw him at rehearsals that week, representatives said. However, the worldwide audience thinks that Marshall Mathers tackled the NFL in its own field.