Cobra Kai Comes Under Fire for Lack of Asians in Cast 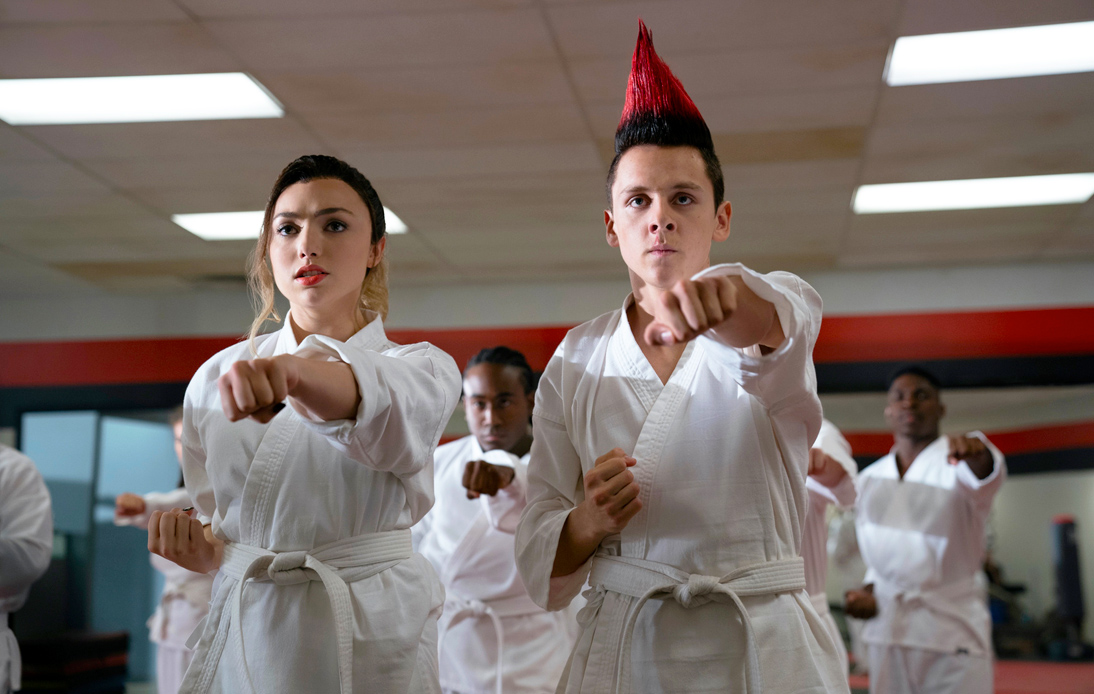 Cobra Kai has been under the spotlight and faced backlash for having an all-white cast. However, what began as a critique of its “whiteness” turned into a debate about cultural appropriation.

Since its YouTube debut, the streaming television series as called out by magazines such as the Los Angeles Times and Vanity Fair for its lack of Asian representation.

UCLA’s 2020 Hollywood Diversity Report gave a poor rating to the show based on the original Karate Kid movies. While Cobra Kai has some non-white actors in recurring roles like Joe Seo as Kyler and Nath Oh as Nathaniel, there are only two main non-white characters; Xolo Maridueña as Miguel and Vanessa Rubio as Carmen.

However, their appearance on the show was so limited that an Asian inclusion within the main cast could not be considered. This takes Cobra Kai away from being a diverse and Asian-centric series, as viewers might expect from a martial arts-based property.

But the main problem is related to how Cobra Kai shows karate, martial arts, and Asian culture.

The Karate Kid was an innovative installment on Asian culture for the rest of the world. Although Daniel’s (Ralph Macchio) crane kick ended up becoming an anti-Asian and somewhat mocking element, Pat Morita managed to flawlessly show the plight of Americans of Japanese descent.

However, Miyagi’s Medal of Honor exposed a deeper history of racial discrimination.

Morita, who was nominated for the 1985 Academy Award for his portrayal of Miyagi in The Karate Kid, died in 2005. Therefore, he does not appear as one of Cobra Kai’s main characters — although there are some flashbacks drawn from the original films of the franchise where viewers can reconnect with the beloved mentor.

The series goes to great lengths to honor him, though to no avail.

Nonetheless, the lack of Asian references and leads makes accusations of cultural appropriation and whitewashing more credible. Cobra Kai is part of an industry installment that shows how martial arts scenes across the western world have been whitewashed.

Critics and fans of The Karate Kid alleged that whether or not Cobra Kai culturally appropriates Asian culture, there is one thing its producers can certainly do: honor the franchise’s tradition by increasing its diversity.