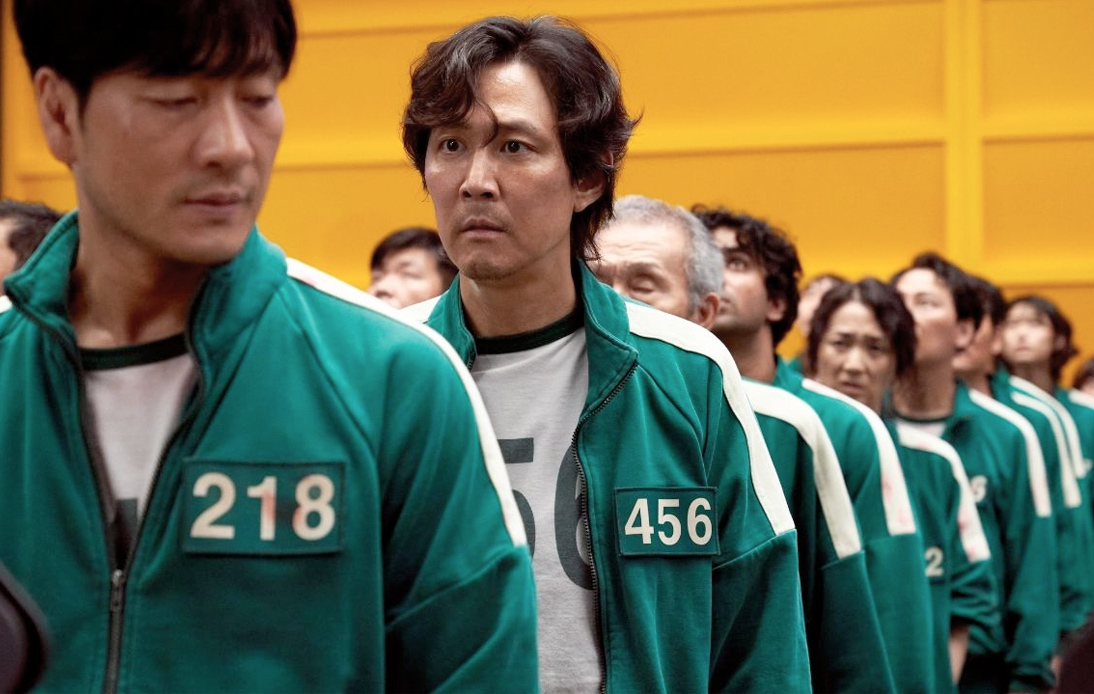 Netflix Korea spent more than a decade developing its new survival drama, and it has finally arrived on the streaming platform.

It comes as a nine-episode show full of vivid thrills that aggressively and definitively breaks away from the K-drama conventions of the last decade.

Squid Game is inspired by a comic book about a group of 456 seemingly unlucky people who got caught up in a particular game without their knowledge.

Hwang Dong-hyuk invites the public to follow their “adventure” when they decide to participate in the perverse activity without knowing that they have been enrolled in several playground games with deadly twists and bloodshed.

Turning into a surprisingly sensational action-thrill-drama story, Squid Game shows all TV series fans how far human beings can go to get out of a hole.

While its title refers to a popular game by Korean children using a squid-shaped board, the contest that Hwang invites viewers to watch is not the least bit innocent.

The 456 contestants are taken to a secret location where they are forced to battle each other in a series of children’s games that they must overcome to receive a share of ₩45.6 billion. If they fail in any of such tasks, they will be eliminated.

Anyone can think it’s a piece of cake, as all adults could easily ace a game created for children, right?

However, the show and viewers’ minds take a 360-degree turn when players horribly discover they would not return to their regular lives after being removed.

What about the plot?

Seong Gi-hun (Lee Jung-jae), a divorced man burdened with debts and living with his mother, is the first character the show follows.

On a difficult day, Gi-hun encounters a man with a briefcase who asks him if he wants to play a game called “ddakji,” which consists of trying to flip your opponent’s paper tile. Finally, after losing over and over again, he receives two 50,000 won bills and an invitation to play a “real money” game.

Gi-hun calls the number on the card he got and, after being picked up in a van driven by a masked man and losing consciousness, he appears in a green tracksuit inside a huge white room.

Besides the man, hundreds of disoriented people woke up in the same room. And everything gets quite more interesting when, soon after that, they found out that they were participating in the “Squid Game.”