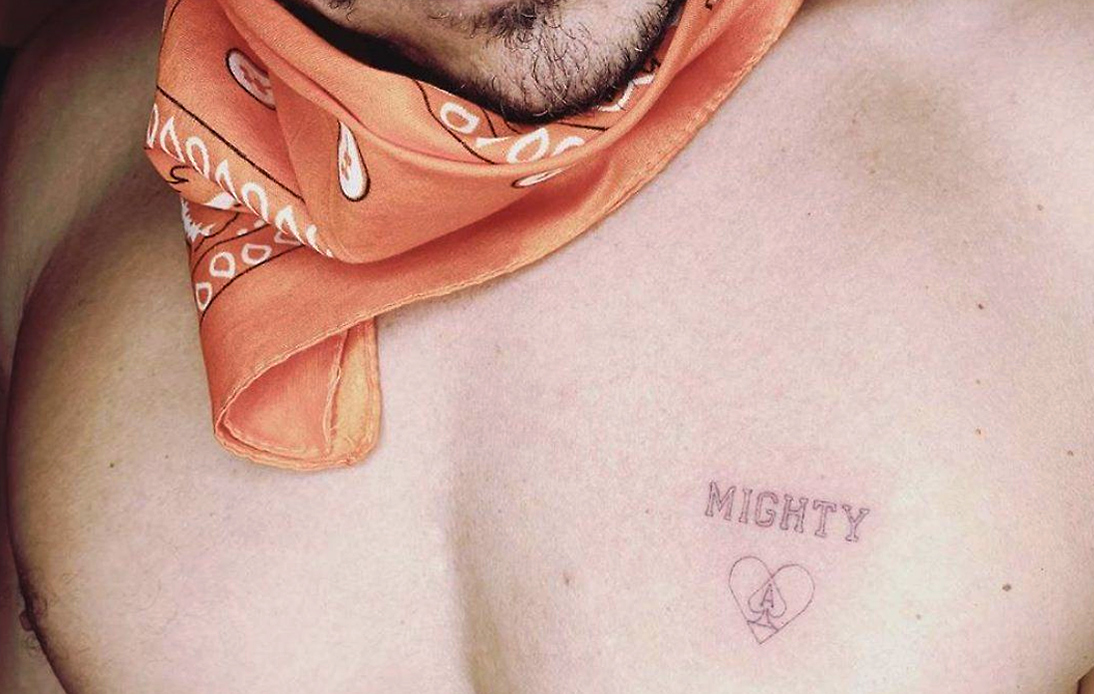 After a week of looking for his labradoodle Mighty, Actor Orlando Bloom has been met with the devastating news that his furry friend may have passed away. To honour the canine, who was adopted in 2017, Bloom got inked on his chest.

The tattoo includes the text Mighty positioned over a heart symbol. The Lord of the Rings actor took to Instagram to share the news with his fans. He informed them that the collar of his dog was found after a week of searching “from sunrise to sunset”.

“I have wept more this week than I thought possible,” he added, stating he had “left no stone unturned”.

Mighty featured in many of the actor’s posts on social media.

Bloom had previously offered to pay a reward of $5,000 (£4,000) for Mighty’s return. The labradoodle went missing near the actor’s home in Montecito, California.

Bloom wrote that in the past one week, he “crawled thru all the manholes, under the roads, searched every back yard and creek bed.” He also stated that he enlisted two sniffer dogs to find his furry friend.

“I feel so grateful to have learned from my little Mighty man that love is eternal and the true meaning of devotion,” he wrote.

“I feel sure he was looking down on me whistling in every back yard and knowing that I was doing all I possibly could to respect our bond.”

His fiancée and singer, Katy Perry paid tribute to Mighty on Twitter stating that their “little buddy boy” would leave “a paw-shaped hole in our hearts”.

Last week, the couple was spotted walking down the streets of their neighbourhood, frantically looking for their pet. While Perry put up ‘Missing’ posters that offered a reward, Bloom went around speaking to neighbours to find out if they had seen Mighty.

Orlando Bloom and Katy Perry are expecting their first child.