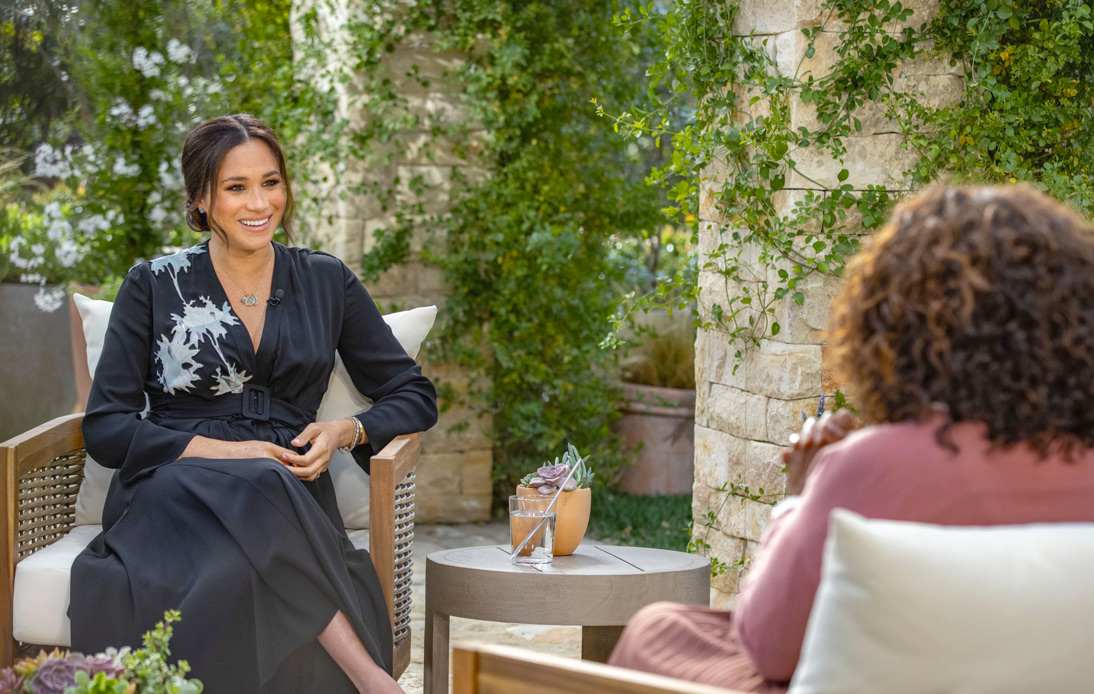 In an interview with Oprah Winfrey, Meghan Markle said that Buckingham Palace could not expect her and Prince Harry to be silent while it was “perpetuating falsehoods” about them.

In a video of Oprah Winfrey’s interview with the couple, the Duchess of Sussex spoke about how she felt about the palace hearing her speak her truth.

She said: “If that comes with the risk of losing things, I mean… There is a lot that has been lost already.” Then, in the 30-second teaser released by CBS, Oprah asked the Duchess: “How do you feel about the palace hearing you speak your truth today?”

Meghan replied: “I don’t know how they could expect that, after all of this time, we would still just be silent if there is an active role that The Firm is playing in perpetuating falsehoods about us.”

Shortly after the clip was recorded, Buckingham Palace began investigations into claims that the Duchess bullied royal personnel. The interview will air in the United States on Sunday and in the United Kingdom on Monday.

The clip is expected to give more information about Harry and Meghan’s short stint as royalty before resigning and moving to California, United States.

On Wednesday, the Times newspaper published a report claiming that the Duchess faced a complaint in October 2018 while she and Harry were living in Kensington Palace after getting married in May of that year.

The newspaper published a leaked email allegedly sent by a staff member.

It alleged that the Duchess of Sussex drove two personal assistants from the household and undermined a third one’s trust. Subsequently, Buckingham Palace, which is in charge of hiring the royal staff, declared that it was “clearly very concerned about allegations in the Times.”

It said that its human resources team would investigate the claims described in the article, adding that the Royal House has had a Dignity at Work policy that does not tolerate bullying or harassment.

However, the Duke and Duchess of Sussex deny the allegations. Responding to the newspaper’s story, a Meghan spokesperson said in a statement: “The duchess is saddened by this latest attack on her character, particularly as someone who has been the target of bullying herself and is deeply committed to supporting those who have experienced pain and trauma.”

“She is determined to continue her work building compassion around the world and will keep striving to set an example for doing what is right and doing what is good,” the spokesperson added.