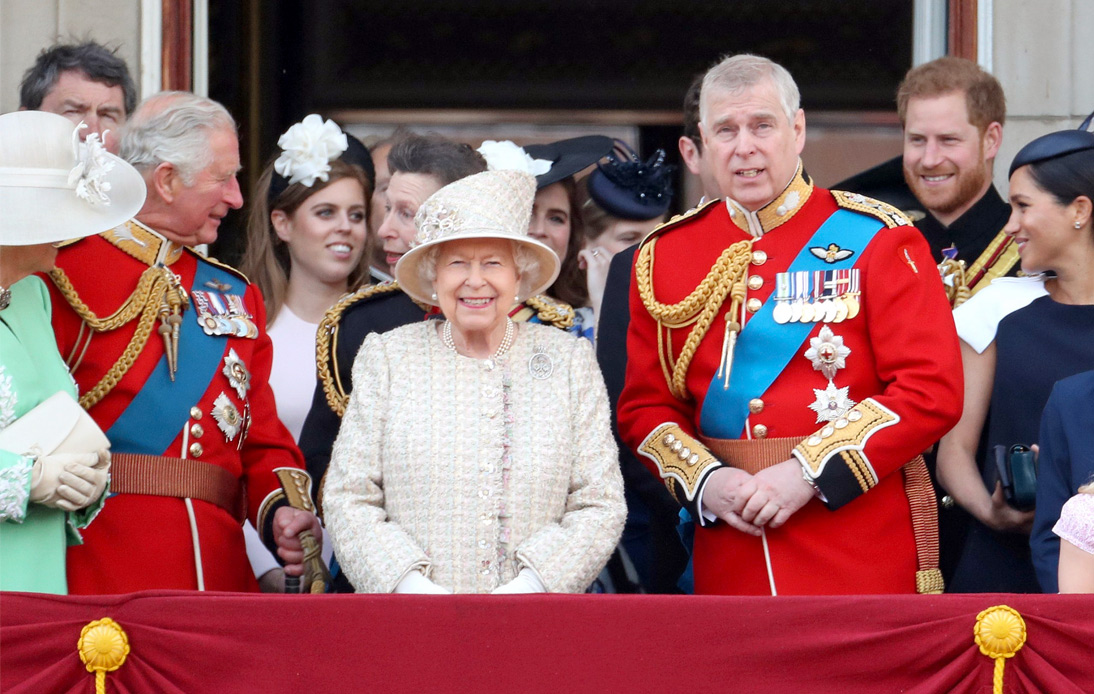 According to a Palace spokesman, the 96-year-old monarch has decided that only “members of the Royal Family who are currently undertaking official public duties” will appear on the balcony.

For the last few weeks, there had been speculation over who would join The Queen for the iconic balcony scene during the Platinum Jubilee events, which marks her 70-year reign. However, Buckingham Palace confirmed yesterday that such appearances would be limited to working royal members and their children.

The decision rules out Prince Andrew, Prince Harry and his wife Meghan Markle, as they do not currently carry out official royal duties. It also reflects a change in the lineup for the royals’ most meaningful appearances and reaffirms the principle that there cannot be “half in, half out” royal members.

Nevertheless, a spokesman for the Duke and Duchess of Sussex said the couple would travel to the UK to join the Queen’s Jubilee celebrations, adding that they were “excited and honored” to attend them.

Queen Elizabeth has planned to attend some Jubilee events set to take place over a four-day bank holiday from June 2-5. However, the Palace said it would confirm her attendance around the time or the same day after the monarch had to cancel several public appearances in recent months due to mobility problems.

If she takes part in the balcony scene on June 2 to wave the crowds to Trooping the Color, the Queen will be with the Prince of Wales and the Duchess of Cornwall, the Duke and Duchess of Cambridge, and their children.

The Earl and Countess of Wessex, the Princess Royal and her husband, the Duke and Duchess of Gloucester, the Duke of Kent, and Princess Alexandra are also expected to join the group.

The Sussexes and their children, Prince Andrew and his daughters may attend other celebrations such as the thanksgiving service or the Jubilee Lunch.