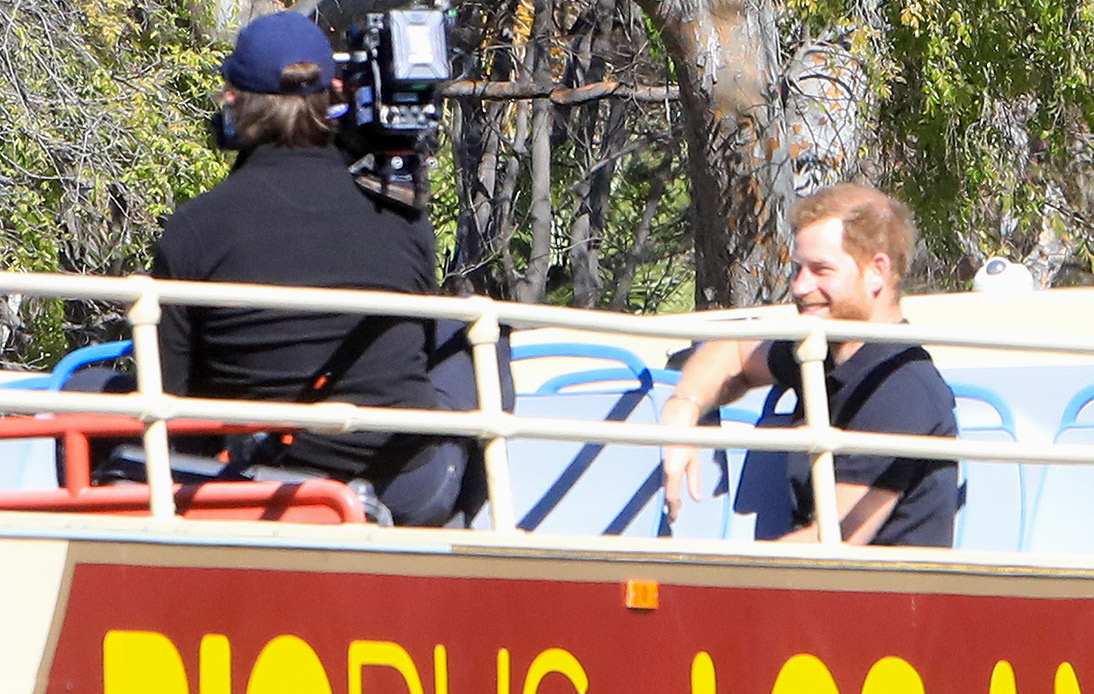 Prince Harry, a 36-year-old member of the British royal family, was seen hanging out with James Corden while filming a socially-distanced Carpool karaoke segment on a double-decker tour bus in Hollywood on Friday, a source told PEOPLE.

The 42-year-old talk show host gave a friendly tour of the city alongside his old friend, Harry.

A full crew with three cameras then joined them. A second source said: “They filmed a proper COVID segment of Carpool Karaoke on the double-decker bus. They have been friends for years and had a great time. Lots of jokes and laughs.”

They also talked about the life of the prince and his family in the United States.

“They went on a Hollywood tour, and James showed Harry some special landmarks. They also talked about Harry’s life in America and his approach now,” the source added.

It was also known that the pair had a police escort in addition to Harry’s personal security team.

Corden is best known for hosting Carpool Karaoke, a recurring segment with A-list guests like Adele, Lady Gaga, Stevie Wonder, Elton John, and Bruno Mars. In 2018, the media reported that the Late Late Show host attended Harry and Meghan’s royal wedding as one of their guests.

“It was so lovely. I’ve known Prince Harry about seven years now, and it was wonderful,” he said on an episode of his show at the time.

“It was one of the most beautiful ceremonies I’ve ever been to. It was gorgeous, it was a whole affair, it was happy, it was joyous, it was uplifting,” he added while joking about the allergies he was struggling with at the flower-filled event.

Meghan and Harry moved to California in March 2020 after announcing the controversial news that they intended to cease being senior royals and earn their own money.

A source close to the couple previously said: “They both love California, and Santa Barbara has a magic to it – the mountains, oceans, vineyards, flowers, gardens. It’s so beautiful.”

In addition to Prince Harry’s participation in this version of Corden’s show, the couple has signed lucrative contracts with Netflix and Spotify.