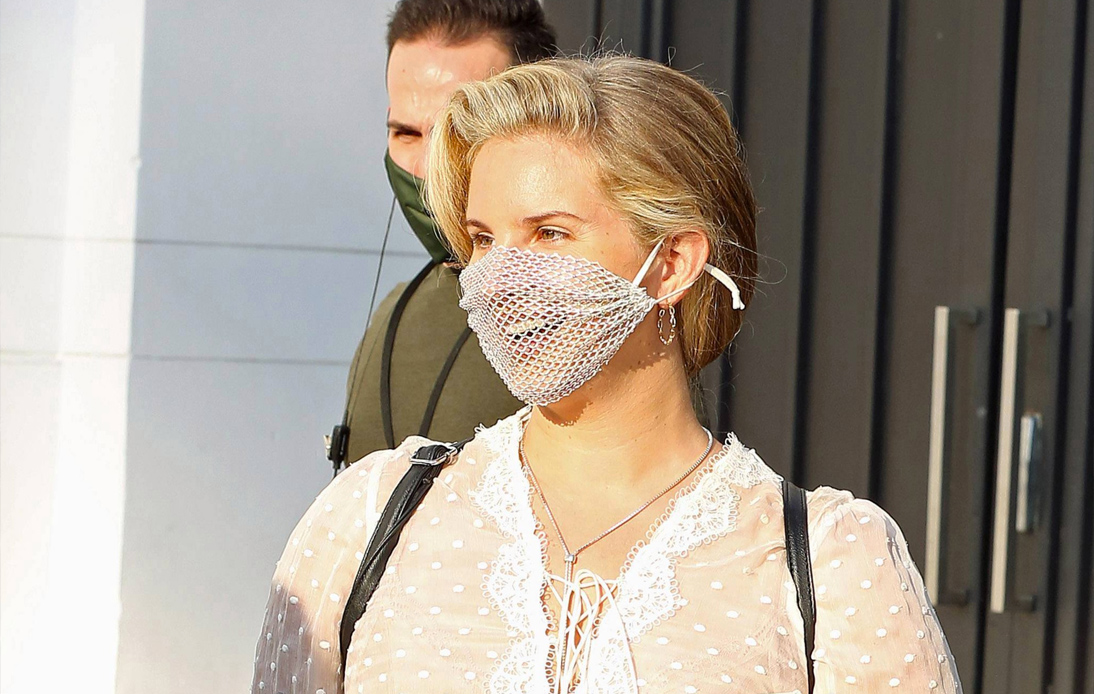 Singer Lana Del Rey has received strong criticism after wearing a mesh mask in a meeting with her fans.

This particular face mask choice has upset a large chunk of the singer’s supporters and fans as she wore it to her recent book signing in California.

The famous woman appeared at a branch of Barnes and Noble in Los Angeles, where the event was scheduled. On the spot, she read passages from her new poetry book titled Violet Bent Backwards Over the Grass.

The gleaming and criticized mesh mask that Del Rey decided to wear for this book signing is a mask exemplar she had previously worn in the photo-shoot for the cover of Interview magazine.

But, what caused the public discontent was that it appears that this mask does not provide any barrier to prevent the spread of COVID-19.

Lana Del Rey received angry and concerned comments. Under photos from the event on her Instagram profile, fans left comments such as: “Lana, please wear a real mask. I’m begging you be safe.”

Likewise, other followers wrote: “I love Lana but this is incredibly irresponsible,” and “Girl, we’re in the middle of a pandemic.”

The singer’s sister, Caroline “Chuck” Grant, streamed the poetry reading on Instagram. In defense of the star, she assured that Del Rey had tested negative and kept two meters away from her fans.

Lana Del Rey meets with fans at surprise book signing event for her collection of poetry, #VBBOTG, in LA. 📚 pic.twitter.com/t2H7hYAvhz

However, a Twitter account called Pop Crave posted photos from the event where Lana Del Rey is shown posing with fans after reading without attending California’s social distancing guidelines.

Fans also asked if the mask complied with any protection measures. A follower of the singer tweeted: “Please tell me that there’s some sort of see through/sheer, woven (or clear plastic?) liner under the mesh?”.

So far, the famous singer has not offered any comments about the situation. However, on Sunday, she posted a video on her Instagram account, where she read a poem. In the clip, Lana Del Rey is wearing a camouflage mask that she takes off at the end of the reading.

Given this fact, another follower of the singer commented: “Finally, a real mask.”

Many people think that the mask had a protective layer as some stores offer transparent or see-through covers enable the hard of hearing to lip-read. Additionally, some stores cater to the needs of fashion-conscious shoppers.

But, Lana Del Rey has not yet confirmed if this was her case.