The Queen’s Gambit Pays Homage to Fashion and Chess 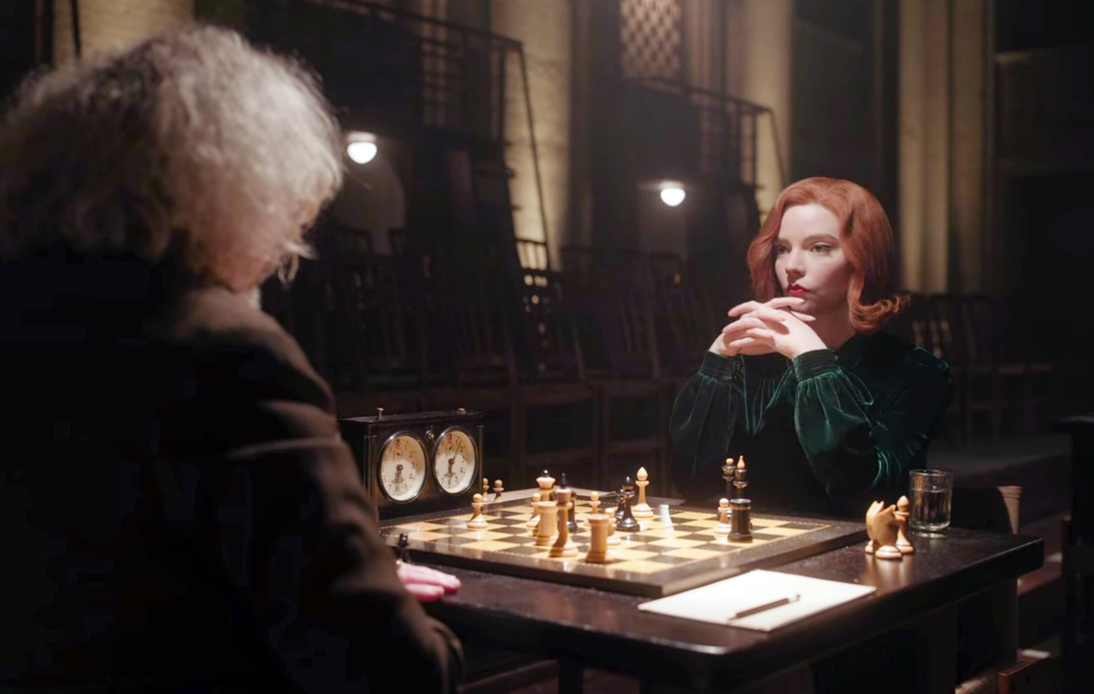 One of Netflix’s most successful series premiered late last month, and it has quickly gained huge popularity by earning a perfect score on Rotten Tomatoes.

It is The Queen’s Gambit, a seven-part drama about a female chess prodigy in the American Midwest.

The plot is impressive. This drama focuses on chess but stands out for much more than that. In addition to Anya Taylor-Joy’s impeccable performance, audiences hailed the series for its wardrobe and the way it illustrates fashion.

The Queen’s Gambit is named after one of the oldest and most aggressive opening moves in chess, and its story lives up to it.

Based on the 1983 novel by Walter Tevis, this drama also deals with themes such as loneliness, addiction, the cold war, and gender bias.

However, according to Netflix, the most significant element in the entire series is clothing. The mid-1960s costumes of Beth Harman’s (main character) were designed by Gabrielle Binder and inspired by Christian Dior and Cardin. They appear alongside Princess Diana’s from The Crown in a virtual exhibition at the Brooklyn Museum in New York.

Each Beth outfit is related to some event in her life, and the semiotics becomes increasingly apparent. She feels such an ingrained commitment to her chessboard that she even begins to dress accordingly.

But there are other reasons why The Queen’s Gambit remains at the top of Netflix’s lists. It is an easy series to recommend to literally anyone of any age or interest, and most of them will be delighted with this new installment of the streaming platform.

Another of the most important points of this series is its first chapter. Openings are essential in chess, and The Queen’s Gambit offers an exquisite start. It creates a charming storybook feel that can capture anyone’s attention.

Scott Fran, writer and director of the drama, turned The Queen’s Gambit into an intelligent and agile play in every way.

The production is a brilliant combination of retro styling, mind-blowing decorations, and perfect musical choices. On top of that, the cinematography and acting make it a resounding success in a challenging year for the industry.