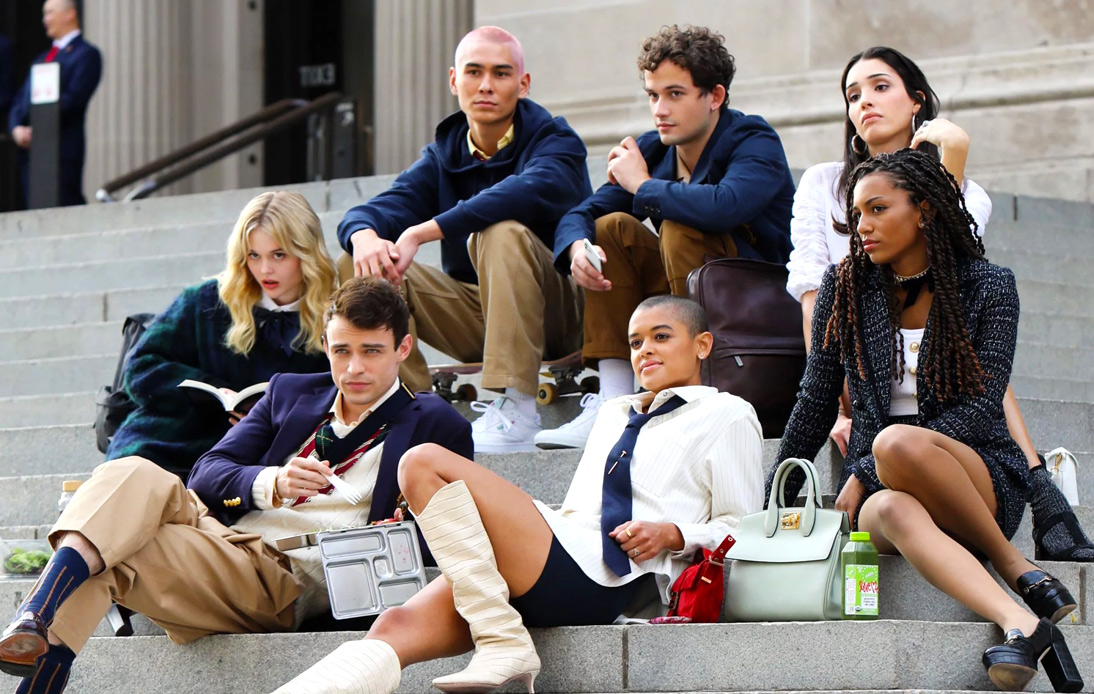 A sequel series to the popular show Gossip Girl has debuted with a similar story to the previous one, as it follows students from the same Manhattan private school.

Yet critics say the sequel produced by the original team of Joshua Safran, Stephanie Savage and Josh Schwartz is predictable and “stupid.”

In its premiere week on HBO Max, fans who could preview the first season’s episode have shared their impressions.

Responses have been mixed and divided between those who support a notable renewal of the format with fresh, new faces and those who claim that its story is just empty.

The Gossip Girl iteration takes place in the present day and viewers can find plenty of references to the pandemic, social distancing, and Zoom school.

But what upset outraged fans the most was that the first 20 minutes of the first episode reveal who’s behind the private school blog.

In the reboot, the “Gossip Girl” is not a stranger hiding in the shadows while managing a menacing WordPress blog but the school’s teachers running an Instagram account.

The interesting twist shows the main cast’s moral corruption once again, but with some additional layers.

Teacher Kate Keller, played by Tavi Gevinson, acts as an antihero and pseudo-protagonist who exposes the elite and corrupts herself in the process.

But having mean posts made by a beleaguered group of teachers fed up with spoiled rich kids has been questioned, and some critics say it may raise ethical concerns.

In the Gossip Girl’s new world, teachers spend their free time spreading rumors about popular kids who mocked some of them too many times.

But trying to make spoiled kids feel bad with themselves through posts about their sex lives and whatnot doesn’t seem like fun for everyone.

Still, there are many fans of the original series who enjoyed what they described as a brilliant twist to refresh the Gossip Girl universe.

Many positive reviews said that despite its flaws, the reboot got off to a good start and has the brilliant flair of its predecessor with a dynamic cast and vibrant music.

Plus, Gossip Girl fans still have an appetite for teen dramas and don’t want to miss out on what this new era brings.

The first six episodes of the renewed show will debut weekly on Thursdays, and the last six will arrive this fall.