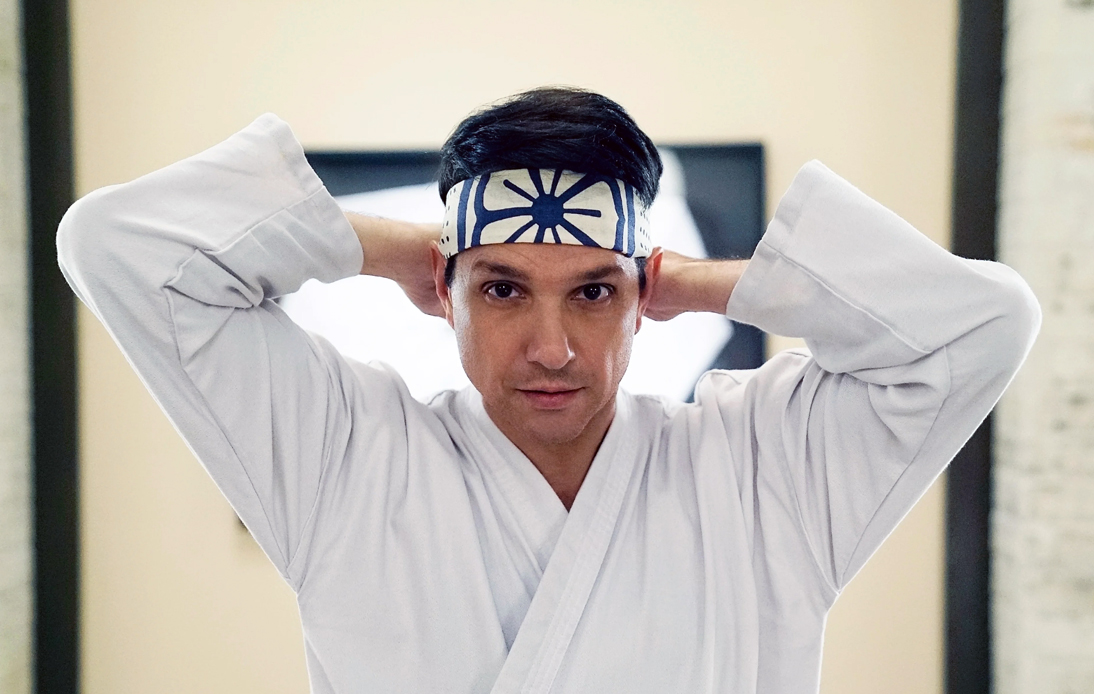 It started out as an obscure hit on YouTube Red (which is now YouTube Premium) and has gone on to gain huge popularity after being broadcast on streaming giant Netflix.

Thanks to the Netlflix effect, Cobra Kai, the decades-later Karate Kid sequel series that was launched back in 2018, is the number 1 show on American TV right now.

Netflix, realising the potential of the show, made an acquisition of the entire series and not just the streaming rights to it. Cobra Kai is now branded as a Netflix Original on the service, with an eagerly anticipated season 3 confirmed to drop in 2021.

The original cast members of the hit 80s movie The Karate Kid reunite for the show: Ralph Macchio as Daniel LaRusso and William Zabka as Johnny Lawrence, who having been fierce rivals in the original movies, cross paths again some 30 years later.

Who can forget their clash in the final of the All Valley Championship back in the original Karate Kid movie, with Daniel LaRusso the protagonist under the tutelage of Mr Miyagi, defeating his arch nemesis Johnny Lawrence, taught by Sensai Kreese of the rival Cobra Kai dojo.

The crane kick that Daniel San (as Miyagi lovingly referred to his protege as) unleashed on his opponent to win in the final went down in movie folklore, which may explain why this sequel series is proving to be quite so popular with viewers.

Critics and fans cannot get enough of Cobra Kai: the score with critics on RottenTomatoes currently stands at a 94% fresh rating, and with viewers rises to an even more impressive 96%.

Netflix have again demonstrated their ability to take sleeper hits on other networks, up to new-found global fame on their platform. They tend to focus on well-written, well-produced shows that are perhaps under-watched on the original network. 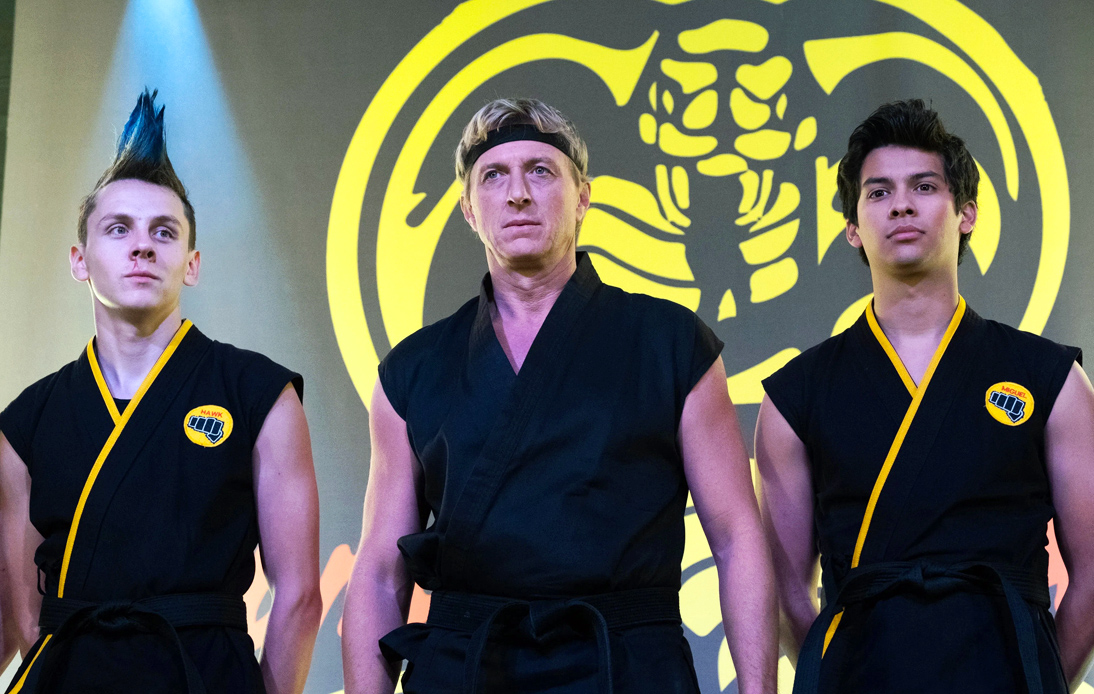 Prior to Cobra Kai moving from YouTube over to Netflix, another good example of the Netflix effect was the former Lifetime network series You. Penn Badgley’s lead character Joe Goldberg, an obsessed, murderous stalker, certainly made for appallingly compelling viewing.

You did not however reach the lofty heights that we are seeing with Cobra Kai, but Lucifer came close, after originally being broadcast on FOX. After its cancellation there in 2018, Netflix bought it, and made it a Netflix Original: Lucifer was their most watched show, prior to Cobra Kai.

It does not always require Netflix to buy a series outright to have success with sleeper hits from other networks. Shows such as Riverdale, All American and Waco became massive once transferring over to them by securing only the streaming rights.

Cobra Kai makes for an easy binge-watch, with two 10-episode seasons and each episode lasting around 30 minutes. The announcement last week of a third season to air in 2021 had scores of delighted fans heading for the internet to express their excitement. 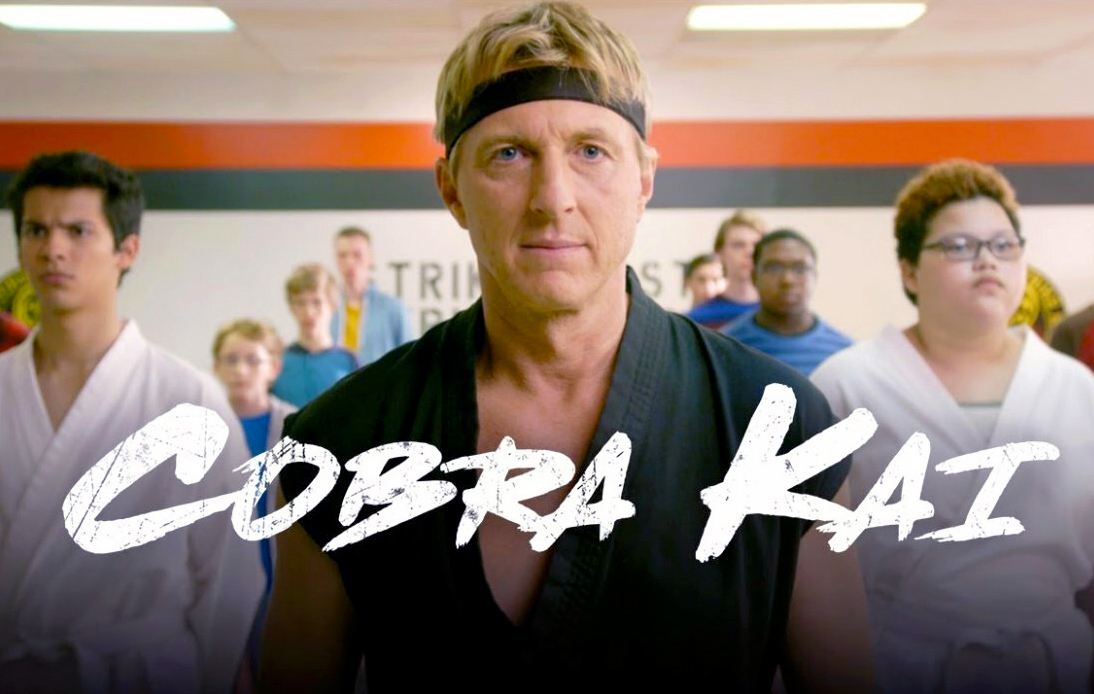 It will be interesting to see how long it can stay on tops of the charts, with fierce competition from Lucifer, Million Dollar Beach House, as well as Selling Sunset and The Umbrella Academy.

You are more than likely to enjoy Cobra Kai and it is certainly worth tuning in to. ’80s babies are all over this show, with no sign of the interest in the Karate Kid revival slowing down soon.