Why Was The Weeknd Covered in Bandages at the AMAs? 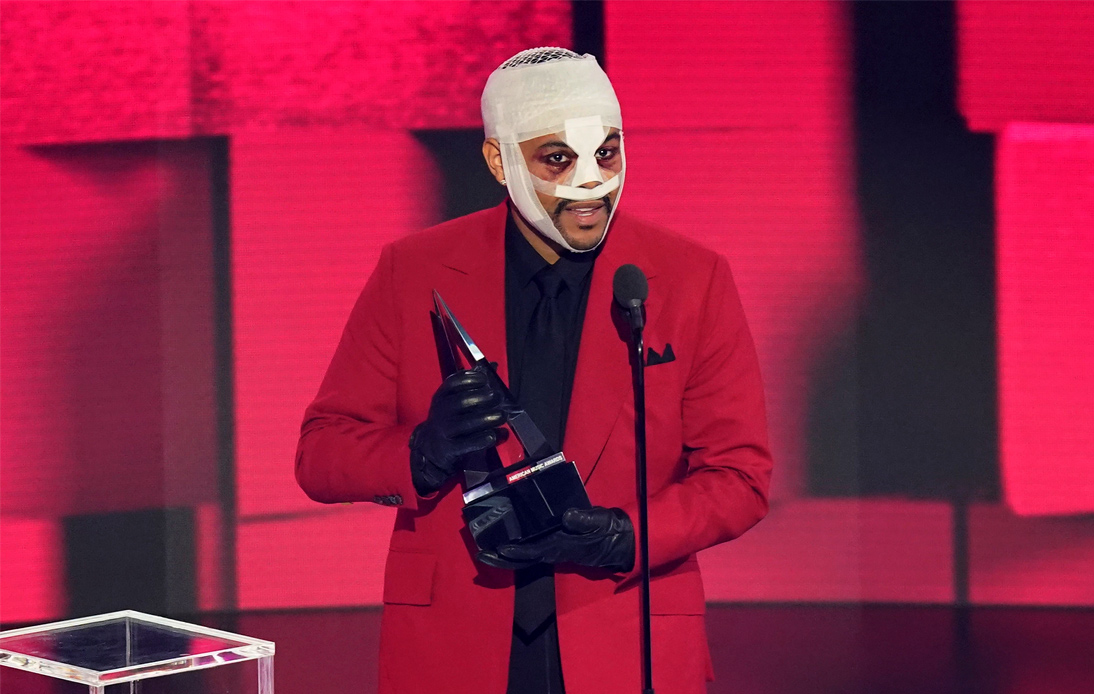 The Weeknd, R&B star, won three prizes at the last edition of the American Music Awards but took the stage to receive his awards in a very peculiar way: he covered his face with bandages.

However, the Canadian star did not refer to his unusual appearance, prompting concern from some viewers.

The singer, who was named best soul artist and won the best R&B album award, repeated this act at the MTV VMAs earlier this year.

But such makeup and bandages are part of a message The Weeknd has been promoting in his new music to combat drunk driving.

In an interview with Esquire in early 2020, the star explained that his single Blinding Lights is about “how you want to see someone at night, and you’re intoxicated, and you’re driving to this person, and you’re just blinded. by streetlights”.

“I don’t want to ever promote drunk driving, but that’s what the dark undertone is,” he added.

Likewise, the Canadian singer, whose real name is Abel Tesfaye, thanked Prince when he picked up the award for best R&B album for After Hours on Sunday night.

“Last time I received this award, it was given to me by the late Great Prince. And you know, he’s the reason I get to constantly challenge the genre of R&B, and I’d like to dedicate this award to him. Thank you,” he expressed.

Due to the coronavirus pandemic, the awards ceremony took place before an unlimited audience in small groups from the same families.

Additionally, host Taraji P Henson said the guests had been tested for COVID-19. All the members of the small crowd were wearing masks.

Megan Thee Stallion, Justin Bieber, Shawn Mendes, and Nelly were among the guest artists performing the medley of hits from the rapper’s album called Country Grammar.

Billie Eilish, Katy Perry, and Darius Rucker also gave performances. Jennifer Lopez shared a sneak peek of the chemistry she had with singer Maluma in the new big-screen rom-com movie Marry Me.

However, not all the performances took place in Los Angeles. In turn, Dua Lipa danced to the hit single Levitating from London’s Royal Albert Hall, and BTS appeared from an empty stadium in Seoul singing Life Goes on and Dynamite.