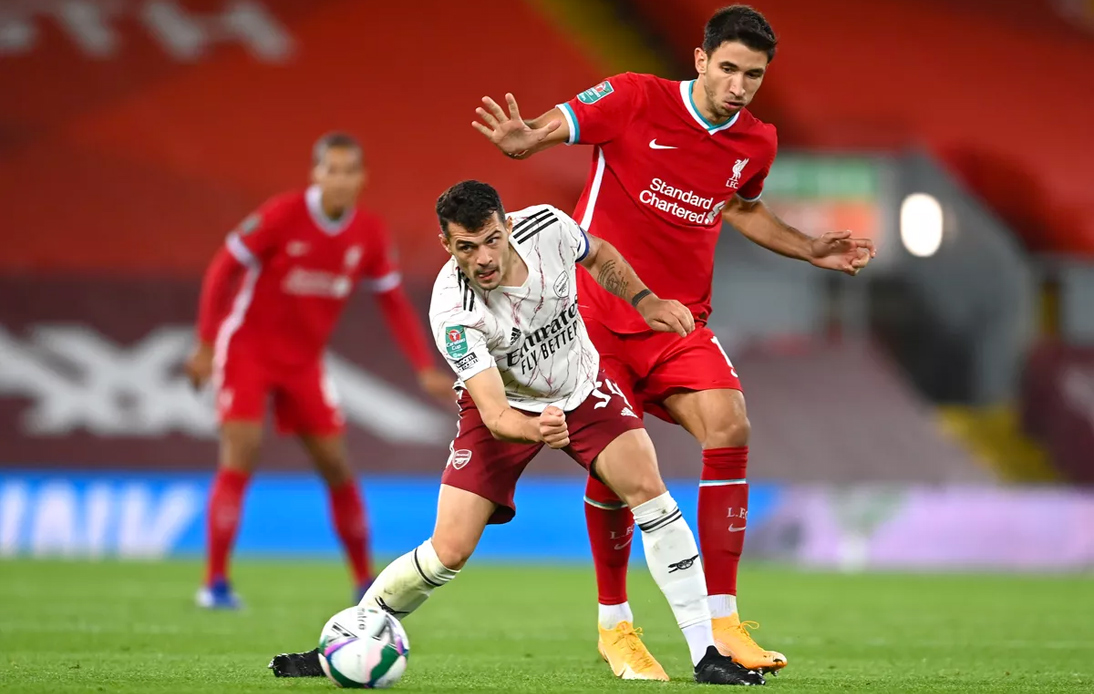 Arsenal overcame Liverpool on penalties at Anfield to progress to the last eight of the Carabao Cup last night.

In a rematch from Sunday’s league fixture which Liverpool won 3-1 comfortably, two teams contested a different game altogether in a goalless affair that went to penalties.

Liverpool and Arsenal then converted the next eight spot kicks between them before Harry Wilson’s effort was saved by Arsenal goalkeeper, Bernd Leno.

The first half produced very few chances and perhaps the most telling opportunity of the entire game right at the end of it. 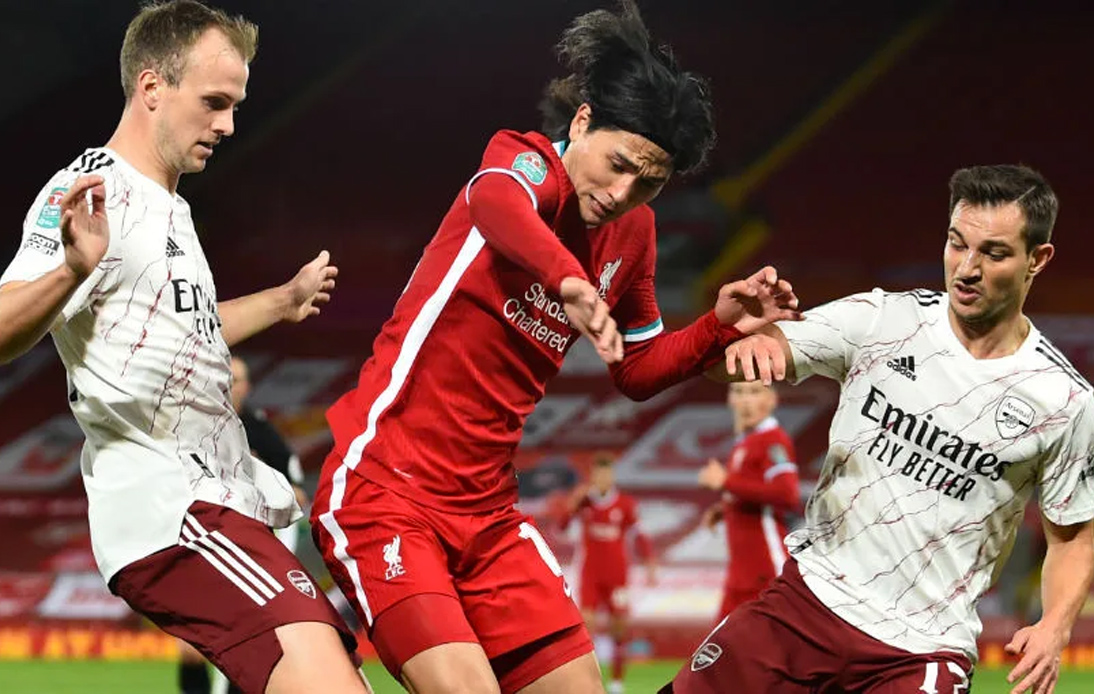 Diogo Jota, who scored Liverpool’s final goal against The Gunners on Sunday, headed to the goal, forcing Bernd Leno to make a good save. On the rebound, Liverpool’s Japanese midfielder Takumi Minamino looked certain to score but his first-time volley hit the crossbar.

In the second half, Virgil Van Dijk toe-poked a shot from close range that looked likely to go in until German goalkeeper, Leno, dove to keep it out.

Grujic attempted a leaping header, only for Leno to get a hand to it at the last second and tip it over the bar.

It was then Adrian’s turn to keep out Rob Holding’s header with an important save that sent the game to penalties.

Arsenal won the penalty shootout 4-5 after another amazing performance from Leno with 2 saves. 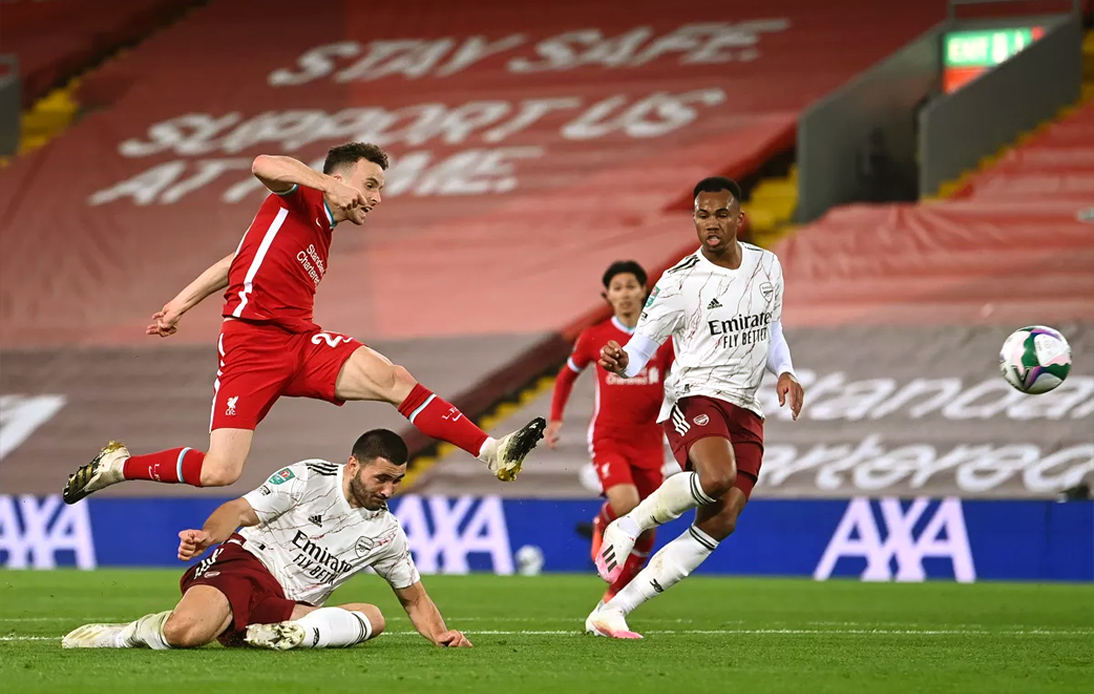 Leno’s compatriot and Liverpool manager, Jurgen Klopp, said: “If there would have been a winner in 90 minutes, it should have been us but we are not in dreamland, you have to score. I liked a lot of parts of the game, we mixed it up a lot and I saw a proper performance, a lot of things we like on the pitch when you wear this wonderful shirt. A penalty shootout is tricky, everyone knows. That is it.”

On their next tie, Arteta said: “I was waiting and enjoying the victory and then we have to play Manchester City. It is what it is, there are a lot of tough teams left in the competition and we will prepare for it.”

Regarding his team’s performance, the Arsenal manager commented: “I am really happy with the performance. I think the boys were exceptional. We corrected a few things from Monday and it was superb.

“We competed much better, the level of aggression we had, the way we pressed them really high was exceptional. Bernd Leno was really good. When we needed him we had him. You need a top individual performance to win at Anfield and that is what we had from Leno tonight.

Both teams return to Premier League action on Sunday with Liverpool visiting fourth-placed Aston Villa and Arsenal also away at struggling Sheffield United, who sit second bottom with no points so far this season.