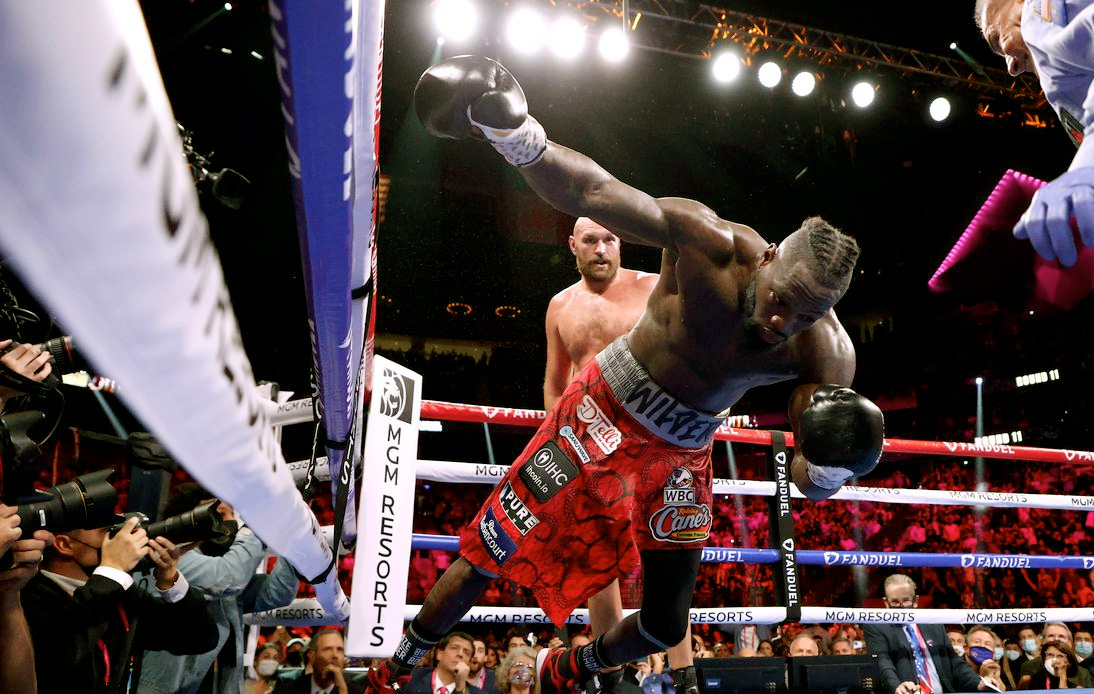 Tyson Fury knocked out Deontay Wilder in the 11th round to retain his WBC heavyweight crown as their trilogy bout produced another classic night at the T-Mobile Arena in Las Vegas.

Twenty months after Fury dethroned the American, the 33-year-old had to show all his resilience to extend his undefeated professional record to 32 fights after twice being floored in the fourth round.

Wilder was the first one to hit the floor as Fury sent him down in the third round but the American quickly recovered.

From that point on, Fury took over the fight but Wilder was hanging on until the 10th round when Fury knocked him down once more, before delivering the final blow in the 11th to retain his WBC heavyweight.

“I was down a couple of times, I was hurt. Wilder is a strong puncher,” said Fury of his opponent, who was taken to hospital as a precaution after the fight.

“It was a great fight. I will not make any excuses. Wilder is a top fighter, he gave me a run for my money. I always say I am the best fighter in the world and he is the second-best.”

“Don’t ever doubt me. When the chips are down I can always deliver.”

Fury has passed every challenge thrown his way but in order to become the first undisputed heavyweight world champion since Lennox Lewis in 2000 he will need to face of Oleksandr Usyk who recently defeated Anthony Joshua.

“I have proved time and again that I can never be written off,” Fury said. “I didn’t have my best performance but I pulled it out of the bag when it needed to be done.”

“He did keep getting up but it was that final right hand to the side of the head that finished him.”