Fury Promises To Knock Out Wilder in Their Trilogy Fight 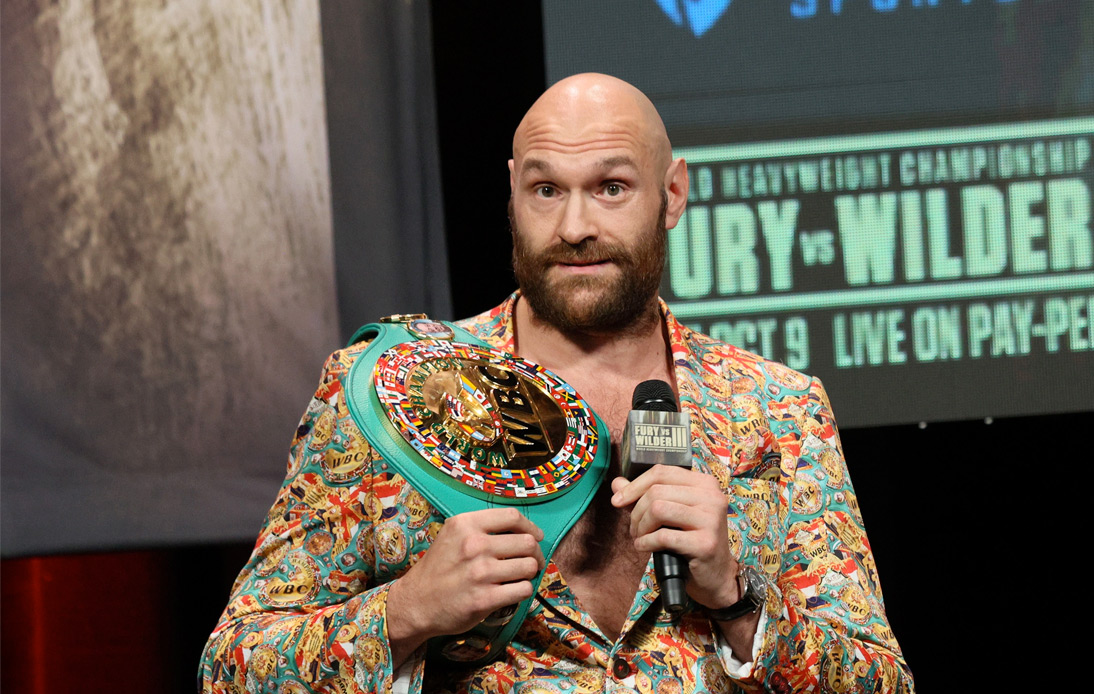 Tyson Fury has vowed to knock out Deontay Wilder when the two fighters clash for the third time on Saturday in Las Vegas with the Briton’s WBC heavyweight title on the line.

Fury who is undefeated in his career with a record of 30-0-1 was furious in Wednesday’s press conference repeatedly berating the former champion Wilder who is 42-1-1.

The two fighters battled to a draw in 2018 before Fury taking the belt from the American 20 months ago.

“You’re a weak man and you’re getting knocked out,” said Fury, who wore a colorful suit with a pattern of WBC belts on it at the MGM Grand Garden Arena.

“Your legacy will be in tatters. Torn to bits. Finished,” he added leading the organizers to call off a planned face-off for the cameras.

Fury was angry after Wilder’s claims that he cheated in their last meeting by illegally tampering with his gloves ahead of the seventh-round stoppage.

Their third fight was scheduled for July 24 before Fury’s positive COVID-19 test forced a postponement.

Fury became a father to a baby girl nearly two months ago but she had to be placed into the hospital’s intensive care unit. He said he spent two weeks by her side before she was finally ready to go home.

“I knew if I got that hurdle out of the way, things would be good and I could concentrate on the fight,” he said.

The 35-year-old Wilder was much calmer at the press conference saying he had “nothing to lose and everything to gain” in the fight.

“I’m in a great place, a great state of mind,” Wilder said.

“There’s nothing to prove at all. This right here in redemption, retaliation and retribution.”