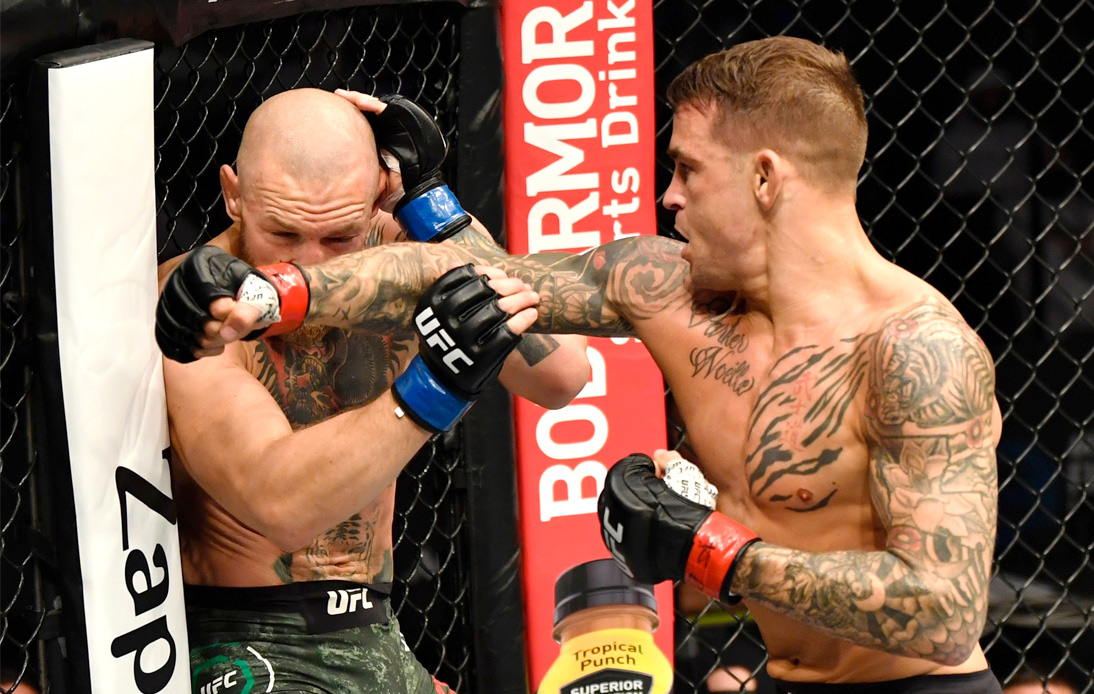 This Sunday, Conor McGregor got a nasty surprise in his return to the UFC, after being defeated in a categorical way by American fighter Dustin Poirier in their rematch at UFC 257.

The Irishman came out of retirement for the third time in his career with the intention of having a spectacular fight at Abu Dhabi’s Fight Island.

The fight was as exciting as it promised. The first round was even, after an exchange of punches Poirier managed to take McGregor down, but the Irishman managed to get up and respond with ferocity.

However, in the second round, Poirier was a hurricane that blew away the former two-weight world champion. The American unleashed a flurry of punches to seal a technical knockout two minutes 32 seconds into round two.

“I’m gutted, it’s a tough one to swallow, I felt stronger than him, but his leg kicks were good. I didn’t adjust,” said McGregor after his defeat.

The 32-year-old ended up so badly beaten that he left the venue on crutches.

Former fighter Khabib Nurmagomedov was highly critical of the Dubliner following his defeat: “This is what happens when you change your team, leave the sparring partners who made you a champion and sparring with little kids, far away from reality,” he wrote on a Twitter post.